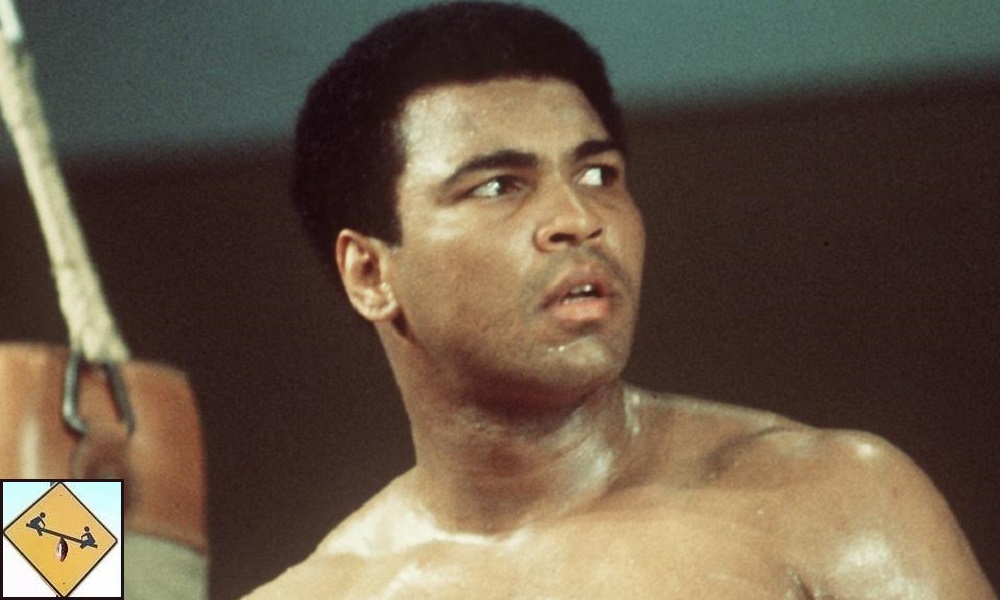 We’re honoring Muhammad Ali with a column we affectionately call ‘What ha… happened?’ One classic Ali photo, but what the hell happened? We explain.

In honor of the greatest of all time, Muhammad Ali, let’s play a game of ‘What ha… happened?’ Earlier in the week you tried to stump me with five quotes, asking me to pick the one Ali did not say. I demolished you, much like Ali did throughout his life. Now we play a different game. Below is a rather amusing picture of Ali. What the hell is going on?

I’d like to add that Ali seems to have enjoyed being silly, yet the majority of his photographs over the years are rather serious and not open to interpretation. This picture, on the other hand, truly begs the question: What happened?

Description: Muhammad Ali is wrought with emotion, but what emotion exactly? Is this the beginning of the fight, the very end, or an intermission where he desperately wants a cupcake before they are all gone? In the end his face is reminiscent of a child yelling for their mother. No mamma, don’t go!

Muhammad Ali in this photo looks so young, with shorts so short. This helps us date the circumstances. Also, the other fellows in the ring look elated, which surely means this was after a fight in which Ali won… or so common sense wants you to think!

What’s really going on can be deciphered from Ali himself. He is bellowing out for aid and trying to escape the clutches of the man in the white jacket. The three men with him in the ring are in disguise as corner men and associates, attempting to kidnap the greatest fighter who ever lived. I assume the plan was to bring him to a lab for cloning, where a slew of Cassius Clays (because not all the clones would convert to Islam) would take the boxing circuit by storm, winning every weight bracket there was. Eventually, once a version of Ali owned the title belt for every weight class, the real Ali would be released back into the world where he would be forced to fight a clone of himself for the heavyweight championship in what would go down as the best sporting event in history. Clone Ali would not have possessed the experiences of real Ali, so his articulation and trash talking would be sorely lacking. That’s all real Ali would need to grab the mental edge over an incarnation of himself.

You know, either that or this is just a photo of Ali winning a fight and making some grand lecture to the crowd about how other fighters shouldn’t mess with him.

More Sports: Who Plays Running Back for New York Giants?