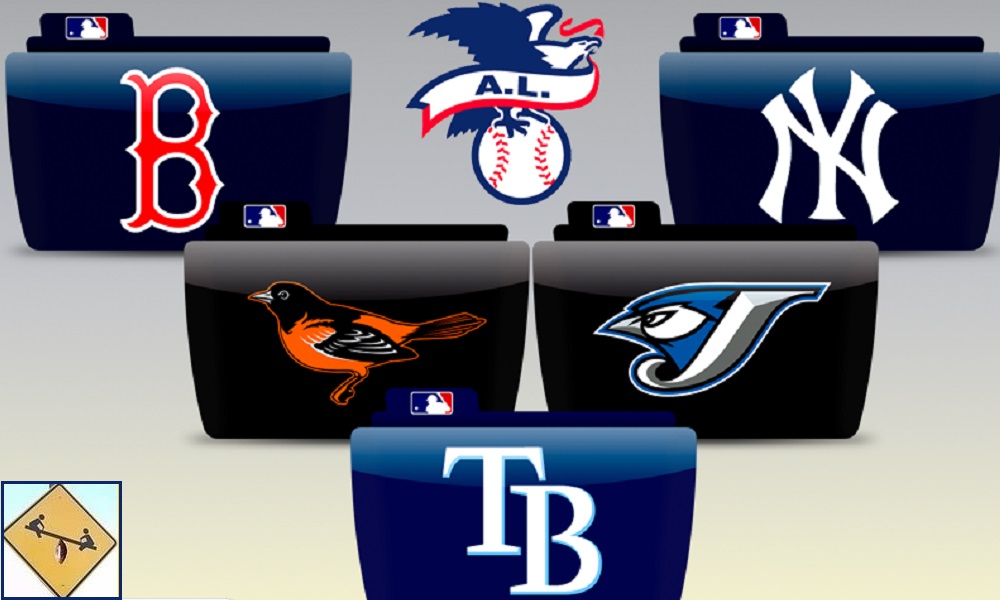 The AL East will have a new champion this season and it all comes down to New York Yankees versus Boston Red Sox. MLB Predictions 2016.

You mentioned the AL East and how you thought the Yankees would finish. Let’s begin our look around Major League Baseball with that division.

Even though you were so cavalier with your write-off of the Boston Red Sox and their ability to move from worst to first (even though they did just that a few years ago), Las Vegas not only thinks Boston is the favorite in the East. Early odds peg the Red Sox as the best team in the entire American League.

I’m not sure I agree, but Boston certainly has the best team in the East in my eyes. Adding an ace in David Price and a premiere closer in Craig Kimbrel can help to fill in any shortcomings. And let’s be honest; the team’s struggles last year were a bit odd. That team was better than its record indicated, meaning a rebound this season, even if the roster stayed exactly the same, could have been expected. The lineup has a slew of young guys on the rise to boot.

Boston has the edge over Toronto because of those pitching stars. After those first two, I think the Yankees are in a tier to themselves and the remaining two teams are a ways back in terms of talent and potential of winning the division crown. Tampa Bay has good starting pitching and not much else. It remains to be seen what at all Baltimore has.

My most likely scenario has Boston winning this thing. I could easily picture New York hopping Toronto if enough pieces stay healthy. I could also see Toronto hopping Boston if there isn’t enough pop in the Red Sox lineup. But I don’t foresee many more possibilities for how the AL East will turn out.

Of course, with Pablo Sandoval, Hanley Ramirez and a decrepit Dustin Pedroia around the infield, maybe an atrocious defensive season submarines Boston’s chances. It’s an underrated aspect that the Yankees might actually have an edge in this season. By the end of this discussion, I turned myself around. Maybe this division is a three-team race after all.

We agree on one thing, the AL East will be a fight among the league’s elite once again this season. But while you more or less anointed the Red Sox as division champions, I view the East as New York’s to lose. You squeaked the Yankees past the Blue Jays in the standings, while I see Boston and Toronto fighting tooth and nail for one of the coveted wildcard playoff spots. This division is a three team race, but it’s not about the pitching in 2016.

I can confidently state that the AL East will not be won or lost based upon pitching. It’s really good on both the Red Sox and Yankees this coming season. Sure, Boston added a proven ace to its starting rotation with David Price, and a dominant arm to its bullpen in Kimbrel. So did the Yankees. New York signed Chapman as closer, while getting back both Sabathia and Tanaka from lingering issues which limited their dominance in the rotation last season. In terms of pre-season predictions, I’m calling this one a tie.

It’s easy to dismiss Boston’s poor play last year as an anomaly. But the Red Sox were so bad, so unexpectedly bad, that I’m unwilling to give them a pass simply because they went from worst to first in recent memory. They will be better this season. Their pitching has certainly improved. But nothing about their lineup gives me confidence that they will produce more than last season. Their young players may break through and start shining, or they could continue to struggle and prove they are not major league talent. Their older players may bounce back and have strong seasons, or continue to decline towards retirement. With each option equally as plausible, I view the Red Sox as a team that needs its pitching to help its batting keep up.


Now I’m the first to admit, the situation is very similar in New York. The primary difference is that New York’s older players are coming off solid offensive seasons. They may decline, but if last year is any indication, they will play above the level of their peers in Boston. The same is true of New York’s younger talent, who have already shown what this year may bring on the field. The Yankees’ lineup feels like a complimentary set of hitters, assembled to make innings excruciatingly long for the opposition with lots of timely hits. Boston’s lineup is unproven and a bit rusty. They haven’t shown an ability to gel as of yet, and I don’t trust them to win games late for their team. New York is the AL East favorite in my book. Its Yankees versus Red Sox, with the pinstripes on top.