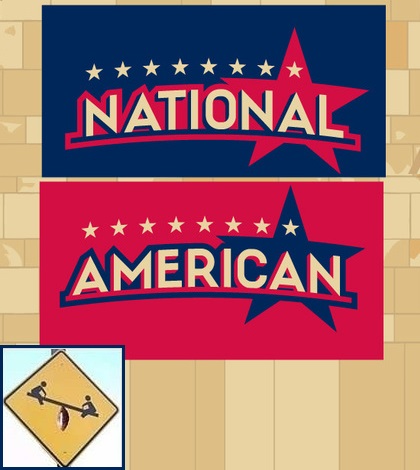 [Part one – The WORST All-Star rosters ever]

Boy, I never realized how lenient and wimpy you were with the term “star.”

Chase Utley is the same case, except he was never as big as Jeter, doesn’t have the retirement storyline to explain his induction into this game and hasn’t been a great player since 2009.

And since when is Nelson Cruz a household name? The ONLY reason he’s known is because he was suspended for cheating and has come back to hit a bunch of home runs. There is no casual fan on the planet who could have told you anything at all about Cruz before last season’s suspension.

And where do you get off calling Alex Gordon and Victor Martinez even borderline? Not even Royals fans think Alex Gordon is a star baseball player!

To the piddling list that is left behind, I would add Jose Bautista. I would also personally put Paul Goldschmidt on there because he’s possibly the best player in the National League but can understand if he’s not widely known playing for Arizona.

Nevertheless, this list is incredibly short. Pitching has dominated the league thus far, and its continued by dominating the All-Star rosters as well. Do you think that’ll be reflected in the actual game? Also, for the weekend itself, what’s your take on the Home Run Derby field, and what do you think of the new 1 vs 1, elimination format being tried out this season?

To finish up, addressing your side note, I’m not sure where the confusion lies. David Wright has been pretty mediocre this season, literally bad by his standards. He had no business even sniffing the All-Star team, New York star or not.

He has his worst OPS of his career by a lot, other than an injury-plagued 2011. He already almost has as many strikeouts this year as he had all of last year. His seven home runs and four steals also represent a lack of both power and speed thus far in 2014. Everything looks wrong for Wright. Pardon the pun, but it seemed necessary to lighten the mood after discussing that dreck.

Well, I made an honest attempt to find a dozen stars on the MLB All-Star rosters, but apparently I worked a bit too hard at it. A casual fan has very little beyond Derek Jeter to root for in this year’s game in Minnesota. As for David Wright, my confusion must be a big reason why I’m sucking in fantasy baseball. I’ll leave it at that.

As to what defines a star player, stats are a big factor, but not the only one. Jeter is a star, perhaps the biggest in the game as he makes his retirement tour around the league. I don’t care how well or poorly he’s performing this particular MLB season, he is a first ballot hall of famer, a national celebrity, and a star in the game of baseball. I’ll step down off my pinstriped soap box now and find my way to what’s left of the All-Star game and Home Run Derby.

I do not think pitching will dominate the All-Star game. It’s an exhibition above all else and that is almost always reflected in the score. Now for some praise.

Accolades are due to Major League Baseball. We debated hard last year about how the league could improve its All-Star weekend and the Home Run Derby. And look what happened, they made a change! I’m excited for the new elimination format, even if it’s not as big a change as it appears. It will have more drama. That’s good. It will spurn individual player rivalries. I love those as well. But most importantly, the one vs one format is great television. We know this from watching the classic home run derby shows from the 50’s and 60’s when it was just two guys whacking away at the ball. I see this as an homage to the past and a step in the right direction for future competitions.

Derby participants often find themselves so spent by the final round that the man who hit the most home runs often doesn’t win. I was HOPING this format shift would alleviate this. Unfortunately the first round is not one vs one, whomever hits the most home runs in each league advances. The one vs one format kicks in during round two, with seven outs to hit the most home runs. This will help, as you only need to hit more than your opponent. Not more than everyone else. A small step towards a more fun product. I’m excited to see how it turns out.

The HR Derby field itself is not nearly as exciting as it could have been. What happened to Robinson Cano, David Ortiz, and Mike ‘freaking’ Trout? The American League squad has little to get excited about. The National League has Yasiel Puig. That’s all you need to know. In fact, just his inclusion alone gets me excited for the derby. He’s the saving grace and the man I’ll be rooting for. He’s got swagger, power, and an attitude to boot. This will be fun.

[If you missed Part one – The WORST All-Star rosters ever]