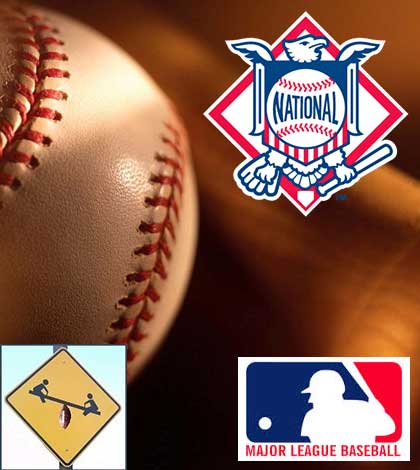 In my eyes, the National League has been infinitely more exciting this year than the American League, which is not usually the case. The down year from the AL East and Texas Rangers has added to this. Also, the overall dip in offense around baseball makes the usually potent AL seem like underachievers, whereas it’s more expected in the NL.

Also, the division and playoff races in the NL are just more exciting.

In the East, the Nationals and Braves have dominated behind potent pitching. The Miami Marlins were oddly in the race for a few months to start the year but have predictably tailed off. There is not much separation between Washington and Atlanta. Both have had disappointing offensive seasons and elite pitching performances. Both have deep rotations and strong bullpens. The race for the division title will be fascinating for sure, but I’m actually more intrigued to follow which star, Washington’s Bryce Harper or Atlanta’s Jason Heyward, shakes off a bad first half to carry his team to the playoffs. Harper missed a lot of time with injury while Heyward has just been plain disappointing with the lumber.

A similar story is unfolding out West. The San Francisco Giants and Los Angeles Dodgers are battling for division supremacy with the rest of the West looking up from their perch below .500. The Giants are the bigger surprise here to most, although I picked them to win this prior to the season. It’s really quite amazing the progress the Dodgers have made though, cutting into the Giants’ previously commanding division lead. A big trade or big move seems like it’s in the works for LA. They have too much jumble going on to not do something with their outfield.

I’d like to see Matt Kemp move on to a new team and try to get his promising career back on track. Even if they don’t get anything of significance in return, moving Kemp would open up a spot for super-prospect Joc Pederson in LA’s outfield, a decision that could push them over the top for the division title.

And after both of those tight races, the most interesting division of all in the first half of the baseball season was in the NL Central.

As of July 25, all of Milwaukee, St. Louis, Pittsburgh and Cincinnati were above .500 and within six games of each other for first place. They all have positive run differentials and talented rosters. Milwaukee was the biggest surprise prior to the break. No one expected this. Their starting pitching has been outstanding, as has Francisco Rodriguez in the pen. With the help of two MVP candidates, Carlos Gomez and Jonathan Lucroy, the Brewers have all the pieces to contend.

It helps that both St. Louis and Cincinnati are struggling through injury bugs to main pieces and that the Pirates seem just a tad worse than last year’s miracle playoff busters. It all combines to make four viable division winners and wildcard hopefuls. From what I’ve heard, the Cubs also field a baseball team.

The Cubs do in fact field a baseball team and they are in fact not the worst in the majors, so they have that going for them. And that pretty much sums up the National League over the first half of the season. Everything about them is better than the AL.

The worst team in the NL, the Chicago Cubs, are not quite as bad as the worst team in the AL, the Texas Rangers. The division races are all a little bit better. The offense has been better. The pitching has been more dominant. And although there are teams from all three divisions competing for the AL wildcards, most of those teams are underachieving. In the National League we get over achievers, teams finding ways to win despite injury or slumping stars players (as in Washington and Atlanta). I don’t know if this shift will last, but I like it. The NL clubs deserve their day in the sun.

Upon closer examination, I see predictability at its best. The National League standings at halftime are practically the same as last season. Washington and Atlanta are still atop the NL East. The Central is a dogfight amongst everyone but the Cubs. And in the West we see the Dodgers and Giants battling for supremacy. This could be described as the lone surprise, if it were not completely predictable. You picked the Giants to be best out west and I picked the Dodgers. Not a coincidence.

Despite all of that, the NL has been fun to watch! I can’t say the same for American League ballgames. But there are a few big first half surprises coming out of the NL. I’m amazed at how poorly the Philadelphia Phillies have been. Bad teams in Colorado and Chicago are not out of the ordinary, but the Phillies have had a great last decade of baseball. Yet they found themselves battling the Rockies and Cubs for worst in the league at the break.

I think Philadelphia needs a cable dispute like Los Angeles, so its fans are unable to watch the Phillies play. Save them from themselves. But I’m shocked how this story got buried over time out west. The Dodgers are having an excellent season, yet half their fans missed the action unless they dragged themselves to a bar. Fix this.