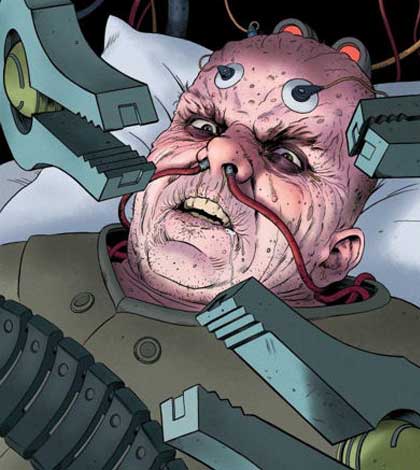 Pity poor Peter Parker. In the past few years, he’s been manipulated into revealing his secret identity to the world, which led to a hitman taking out his beloved Aunt May. In order to save her life, he traded his perfect love for Mary Jane Watson to Mephisto in exchange for the world forgetting who he was and a new similar timeline going into effect. Things were at least looking up when writer Dan Slott came onboard Spider-Man’s flagship book — the Amazing Spider-Man.

Fans got excited again. Sales increased. But apparently, Peter Parker just isn’t Peter Parker unless things look terrible. So Dan Slott has set up the last adventure for that boy who was bitten by a radioactive spider. After issue #698, which hit the stands just before Thanksgiving, Peter won’t be so amazing. Oh, the title will limp to #700, and yes, speculators, now is the time to search out some comics. After #700, however, someone will be Spider-Man, but he won’t be amazing.

Perhaps in a few months, things will revert to being amazing, but Slott has set up a mind-blowing story in the meantime. In #698, Peter Parker wakes up, realizing as if for the first time just how good his life actually is — or at least, how full of potential it actually is. As full of positive outlook as he is, however, something seems a little bit …off. His speech patterns are a little archaic, and not just as if we were reading a book that started in 1961. And if he has any self-recrimination, it’s that with all his genius, he hasn’t accomplished more.

No, this book isn’t becoming the Self-Actualized Spider-Man. Something more sinister is afoot. Over in the maximum security Vault, a dying Doctor Octopus keeps whispering a name. One might expect a dying villain to curse his arch-enemy to his last breath, but Dr. Octavius isn’t calling for Spider-Man; his weakened words are for Peter Parker.

It ends on a note that you could not have expected. It’s also sure to be controversial in the weeks ahead, and that’s saying something for a character who had his marriage annulled by the devil. But Slott plays fair. There’s a mystery here that isn’t a whodunit but is a “howtheheckishedoinit”, and answers are promised. Whether or not we’ll like those answers is unclear.

What is clear is that this storyline is taking huge risks. And while yes, marketing reasons will mean that everything has to be back to normal in time for the 2014 release of Spidey’s next movie, this is a nail-bitingly tense issue that changes everything.

Will it lead to a truly superior Spider-Man? That’s impossible to say, but for $3.99 an issue, I’ll settle for an engaging one.