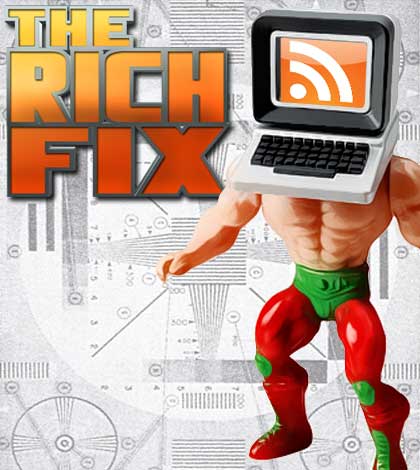 One of the most exciting things about buying the iPhone 5 was the ability – no, the freedom – to move from AT&T to Verizon.  Switching from AT&T to Verizon has been conservatively described by others as being freed from the shackles of a windowless prison and feeling the sunshine of the Lord on one’s face.  So my wife and I made the leap of faith by buying two Verizon iPhone 5s in October.  Thanks to the Christmas gift of a iPad Mini with Verizon LTE, the transition is complete. With Verizon, I’m all in.

Here’s the cry of a heretic: I want to go back.

Yes, the coverage on Verizon is better than AT&T.  On my old iPhone, there were three dead spots on my drive home from work.  I had to warn people I was talking to, “I’m going to lose you in 3… 2… 1… hello????”  That’s gone now.  I can have one conversation from West Los Angeles to Studio City.

But it turns out that I care more about the bells and whistles than I do about coverage. I miss one very important feature of AT&T above all others:

On AT&T, I can get Internet data while on a phone call.

On Verizon, once I place a call, I’m effectively bricking my phone for the length of the conversation.  No emails.  No Facebook.  No IMDB.  No Apple Maps.

This not an issue for other phones on Verizon.  To enable data during voice calls, manufactures of Verizon Android phones simply include a second radio in the device.  Apple isn’t changing the hardware of their precious iPhone just to accommodate millions of users.  On their site, Apple proudly proclaims:

The conventional approach to building LTE into a world phone uses two chips — one for voice, one for data. On iPhone 5, both are on a single chip.

So… screwing the consumer is an added value???

I knew about this limitation when I made the transition, but I didn’t think it would be a big deal.

I was recently talking to my family on my iPhone.  (By “talking to my family”, I of course mean, “providing tech support.”) When I hung up after forty minutes, my phone downloaded an email sent thirty-eight minutes earlier with a last-minute invitation to a hot comedy show. By the time the email got to me, I had missed the opportunity.  Too little too late, VERIZON!

Remember the whole Apple Maps vs Google Maps kerfuffle?  On Verizon, when I’m on a call, my iPhone provides me with No Maps.  The phone can’t pull down map data while I’m talking.  If I’m using turn-by-turn directions on Apple Maps when I get a call, I’m able to see where I’m going for about five more minutes before everything ahead turns grey. I’m Christopher Columbus in a Volkswagen, driving off the edge of the known world, hoping the there is still more road ahead.  Thanks, VERIZON, for technology that was out of date by 1492!

Also, I can’t settle ‘bar bet’ arguments while on the phone.  Instead of quickly multi-tasking with a web search, I’ve spent precious time on phone calls disagreeing and debating important questions like:

I know I’m alone in all of this.  Most people who’ve made the switch to Verizon just accept the new limitation.  I’m not most people.  I don’t do well when I have a toy taken away from me.  Instead of focusing on the positives of being on Verizon, I can’t let go of what I don’t have anymore.  Not acceptable.

So what’s the Rich Fix?

I’ve beaten the system – at least in emergencies. [Fair warning, this fix will only work if you have an iPad with a data plan.]

Before getting on a long call, I turn on the Personal Hotspot feature of my iPad Mini.  When I do this, the iPad uses its Wifi antenna to broadcast a small Wifi network.  I have my iPhone set to automatically pick up this Wifi network. Then, when I get a call, I still get data on my phone.  It’s as if I was getting Wifi at my home or office, even when I’m out and about, or driving in my car.  My Rich Fix basically hacks two cell phone radios into one operating system.  My Mini stays in my bag, and my phone remains a multifunction device.

So, to my friends, rest assured that we’re on the phone, I’m probably distracting myself from your boring story by also reading emails.  If we’re chatting on the phone while I am driving, I am once again multitasking with emails, web searches and text messages, instead of only being able to focus on mundane things, like the road.  Friends, you should thank me for my RichFix.  I’m making your conversation more interesting!