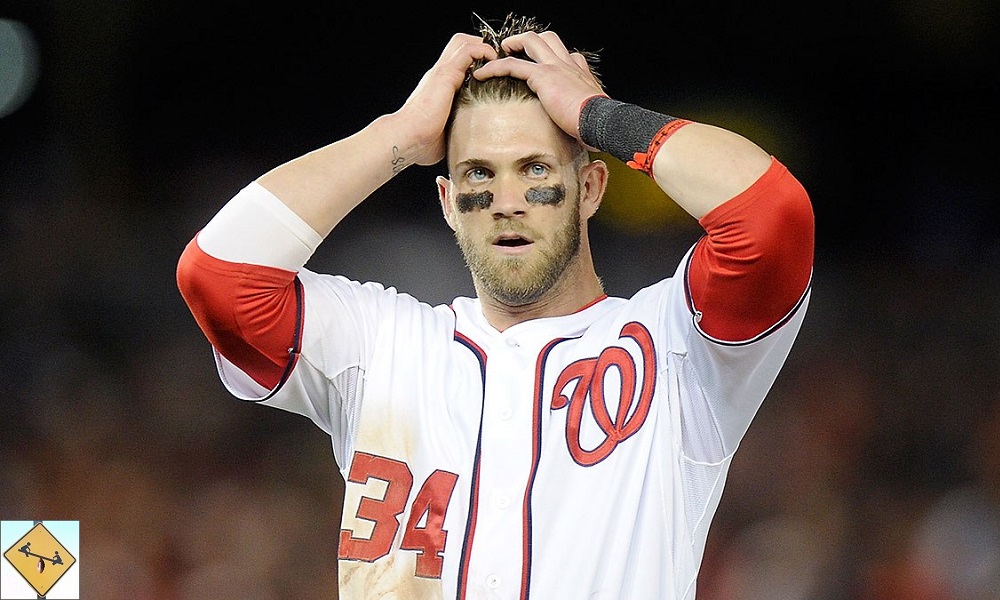 Using the Seattle Mariners and Washington Nationals as opposing examples, how SHOULD teams approach the 2018 MLB Trade Deadline? Buying isn’t always smart, but neither is letting your opponents get the best of you.

Which team would you rather be at the 2018 MLB Trade Deadline?

Team A was projected to win around 92 games prior to the season. Through July 24, it has a +26 run differential, which translates to an expected winning percentage of 53.75% (87 wins over a full season) according to Pythagorean expectation. It is just six games back of first place in its division and only five and a half games back of a playoff spot. Its pitching staff has allowed just one more run than the second-best staff in its league.

Team B was expected to win 81 games before the season began. It has a +1 run differential, which is right in line with that projection. It sits five games behind its division leader, though the run differentials between it and that first-place squad are the largest gulf of any first- and second-place teams in the sport.

Even at this late stage in the regular season, those projected figures and run extrapolations historically do a better job of predicting future results than current win-loss record. That said, Team A is the Washington Nationals, with a record of 49-50 and six teams between them and a wildcard spot. Team B is the Seattle Mariners, sitting at 60-40, the fourth-best record in the entire sport. Just because Washington has played well below projections and the Mariners are playing the most over their heads of any team in baseball doesn’t change either’s position in the standings. Those wins (and losses) are banked.

A team’s peers really have a lot to say about how successful a season is. Cleveland has just the sixth-best record in the AL but thanks to playing in arguably the worst division in the history of divisional baseball, it holds the largest lead for a playoff spot of any MLB team. The New York Yankees have the third-best record in baseball. They also sit a full five games out of the AL East lead thanks to Boston’s 112-win pace.

How much should a team’s talent play a role determining what to do prior to the trade deadline at the end of the month? Is it more logical to examine your team in a vacuum or against current parameters out of your control?

On the one hand, Washington could look at itself as one of the most talented teams in the sport. It needs just a small jolt (or simple regression to the mean) to start playing like the team folks thought would win 91 or 92 games. After all, its run differential marks it as a team expected to win in the high 80s as it stands.

On the other hand, the Nationals sit behind half a dozen teams in the NL wildcard race. Even if they get hot, it is mathematically implausible to have that many teams get cold at the same time. Even in their own division, two teams sit above them, so a simple streak would require two, not one, teams to fall back.

Seattle may be complacent and happy at 20 games over .500, not believing any moves are necessary. Or the Mariners could see that a lot of cluster luck and good fortune have gotten them to this point, and the status quo likely won’t be enough in the final two months of the season.

The trade deadline offers buyers and sellers, but more always goes into those decisions than just a team’s record.

Pitching wins in the postseason and more often than not helps you get there. That is why adding an All-star level pitcher at the 2018 MLB Trade Deadline is a GREAT idea for any team currently in contention. Using your example of Team A (Nationals) versus Team B (Mariners), being the Mariners is a much more enviable position. They hold a 2.5 game lead for the second AL wildcard spot over the Athletics, despite a significantly worse run differential. Adding a pitcher, or key bat in their lineup to increase that differential, will make a HUGE difference for Seattle. It also means the Yankees and/or Athletics don’t get that player.

Making a deal at the 2018 MLB Trade Deadline cannot simply be about getting to the playoffs. Both Seattle and New York are in the driver’s seat to do so, meaning they have to think beyond merely getting in. If the standings hold, they will face one another in a single elimination game. This bodes poorly for the Mariners with their current lineup. One player CAN make a big difference.

Washington is in a tough spot. First half win/loss records are historically poor indicators of how a team finishes after the season. Run differential is more indicative of the real team, but as you noted, every victory and loss is already banked. The Yankees are unlikely to collapse with a +129 run differential. The Athletics can easily catch Seattle because they hold a +34 run differential, as opposed to Seattle’s +1. The Nationals are six games back of the second NL wildcard spot and the top three teams hold comparable run differentials. Two are better and one is slightly worse. If you are looking to place a wager, put money on Washington missing the postseason.


Can one player make a big difference for the Nationals? Sure, but the bigger question is whether they plan to pay Bryce Harper his money. If not, they should trade him. The team is not winning with him and must think beyond 2018 and a first round playoff exit. He would put the Mariners over the top, if the price is right.