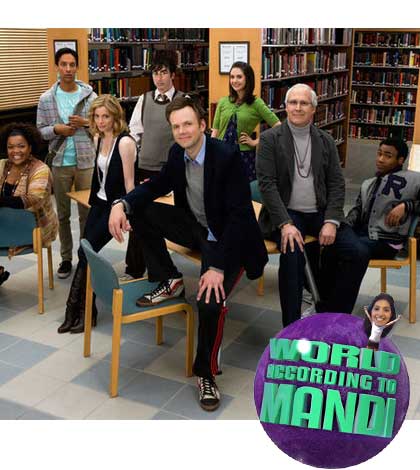 Last Friday we got hit with a big blow that tore us completely apart. We’re devastated people; NBC has canceled Community. Not cool NBC! Not cool at all. Community was pushing hard for six seasons and a movie, but apparently NBC didn’t feel it was worth one more trip around the block. Its season five renewal was part of a larger deal with Sony, we get it. But when your network is known for its ‘comedy block,’ you need great comedy. So now what?

What happens to Community? Are Jeff and Annie and Abed truly dead? Netflix needs to step up and revive what has been lost. They did it with Arrested Development; thank you for that. Now give us one more season of Community. A sixth season on Netflix would be IDEAL! The show would gain even more of a following and let’s not forget it’s already in SYNDICATION. Any other network would be LUCKY to have it as the show grabs viewers and its fan base explodes. Netflix, pick that bad boy up or watch your competitor rub its success in your face.

Hulu is a solid second tier option; they could totally pick up Community. The network already has every current episode of this amazing show, so Hulu could stream the future season six along with one through five. Talk about a boost to viewership of old episodes. Come on Hulu, pick it up! This quirky, smart comedy deserves a new home.

We’re pulling for Community; it’s too soon to say goodbye. This digital age rocks because there are great alternative networks online that can pick up shows lost to the big three letter dogs on channels one through twelve. There financial decision will hopefully be our gain. A season of Community unbound by traditional network standards would be… dirty? Sexual? Even more weird? It will be amazing!

Hold on to your hope for Community people! We sure are (I vlogged about this last Friday). Get on it Netflix! Mount the horse Hulu! Amazon, Yahoo, somebody give this show a home for season six. Don’t bar the doors of Greendale and shave off those amazing star burns. Don’t FIREFLY us. Bring back Community! Please. We’re keeping faith ALIVE!