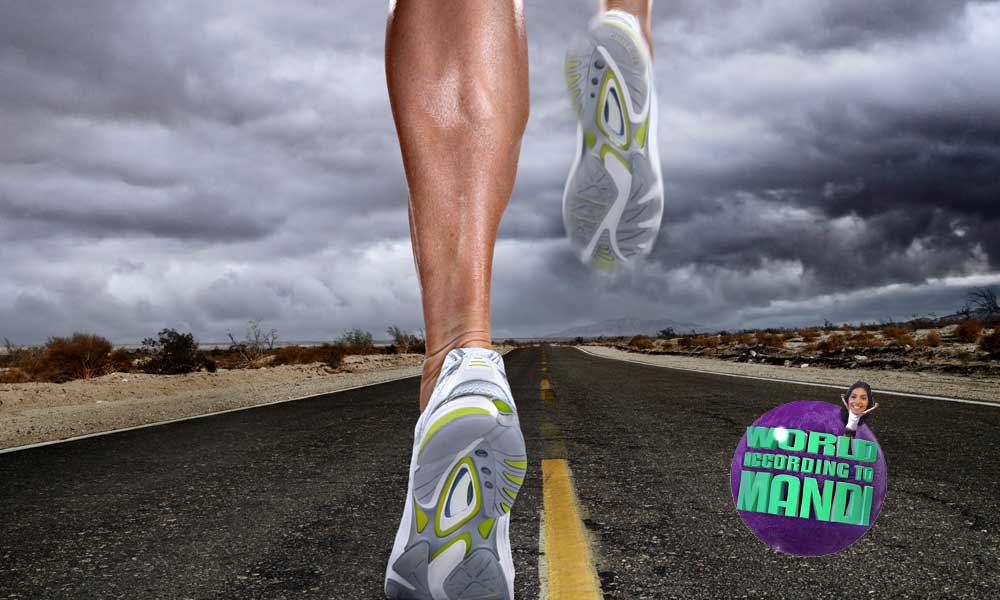 I started running the summer I turned 14 years old. I simply wanted to get better at field hockey and my coach offered weekday running sessions at 6 AM. I never thought I’d get hooked, but I never stopped running. I’m a running chick and this is my diary.

My running obsession began as scheduled team activities, but then the self motivation kicked in. From then on I was a running chick. I’d get up early, while it was still dark out, and go run with the girls from my field hockey team. As I got older I continued to run even more, embracing the treadmill because running outside by myself seemed scary. But those fears quickly died. I always wanted the ability to just go outside and run! I wanted to crave it so bad that I didn’t need to psyche myself up. That was my first reason for running and why I never let it go.

Eight years ago my world completely changed. I became very sick and initially I did not know why. The first thing that I lost was my ability to run. It became painful to get up in the morning, to drag myself to the gym and to run on the treadmill. There were even mornings I’d jump off the machine mid-run, because I was too sick to continue. It snowballed from there and I found out I had stage 2 b-cell Non-Hodgkin’s Lymphoma. During those nine months of my life all I wanted was to be my old healthy self. Every time I tried to run it was unbelievably hard, but I wanted to and knew that I’d be able to run again with ease if I just kept going.

ALSO ON BUZZCHOMP: How to Ditch the Diet Once and For All

Once I was better it only got harder to run. I was used to running effortlessly my entire life. I never had to psyche myself up to run on the treadmill, but now I did. Getting back on that treadmill was painful. I didn’t like it anymore. I didn’t enjoy it and that totally bummed me out. I’d been running for over ten years and no matter how hard the run, I always enjoyed it. I always looked forward to putting my running shoes on. I needed that feeling back, so I decided to start running outside instead.

Prior to getting sick, running outside was something I only enjoyed doing with other people. I’d run outside with my man and that was always so much fun. We’d push one another and I was the pace-setter. I loved that! Now it was time to push myself to go solo and run by myself outside. At first I didn’t like it, but I knew I had to get over that hump and push past the wall. It was also so damn hard; one of the hardest things I’ve ever done. I didn’t have a pace anymore. I didn’t have stamina. I had to re-learn to run, but I knew I could do it. I had to!

I started off running as far as I could, walking for a bit, then running again. Physically I was able to alternate and keep going, but mentally it hurt. I didn’t know what it was like to have to really work at running. For a long time my pace was very slow. I’d never run that slow before and it made me upset. I had to learn to let go, stop caring about speed and forget how things had been. Once I was able to let go of both my pace and how I used to run, the mental block just faded away.

There were still days when I’d run and I’d want to stop. Sometimes I would give in. Sometimes I wouldn’t. There were days that I was short of breath and due to my illness, there were times my chest hurt, but I pushed through it. I knew I was healthy and that my body had to be trained all over again. I knew I could be that running chick I remembered, but better.

I’m not sure when it happened, but now I don’t feel any of that. Running is again effortless and even more fun! I normally run between 25 to 30 miles a week. I look forward to waking up in the morning and going on my five mile run. I don’t cringe when I hit an incline or hill, I power through it. To this day I don’t run as fast as I did prior to getting sick, but I’m okay with that. Running is more invigorating than ever and every run feels like an accomplishment.

I’m a running chick and this is my diary. Let me know your favorite running story and check back next week for another entry in my running diary.