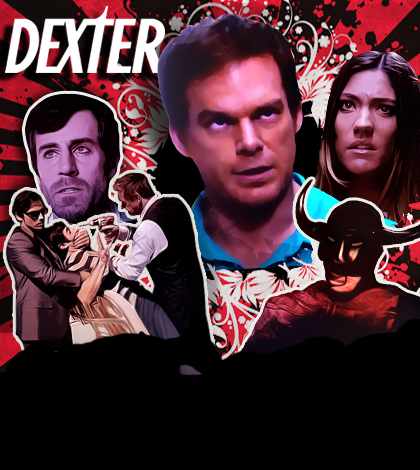 So now Deb knows all of Dexter’s dark little secrets. Will she be the loyal sister and keep his secret? Or will she eventually rat him out and put an end to all of this? While ghost father Harry lays on his usual guilt trip, determined Deb creates a “new code” in which Dexter agrees to be her Siamese twin so she can watch his every move. Sort of like a detox center for serial killers.

Meanwhile, the always nosy La Guerta tries to solve the blood slide mystery. Bumbling Batista and sickly looking Quinn attempt to solve the Sergeant Anderson murder. Just as pestering fanboy Louis is about to get the slice and dice treatment, Dexter has a moment of weakness and calls his new sponsor Deb. The show ends with softy Dexter listening to the words of wisdom from a fellow captured serial killer who then takes a leap of death into an oncoming semi-truck.

There’s only so much Dexter drama we can expect at this point. The writers may have milked every device possible. Hopefully the writers will throw us a curve ball and catch us off guard with a fresh idea. Maybe?