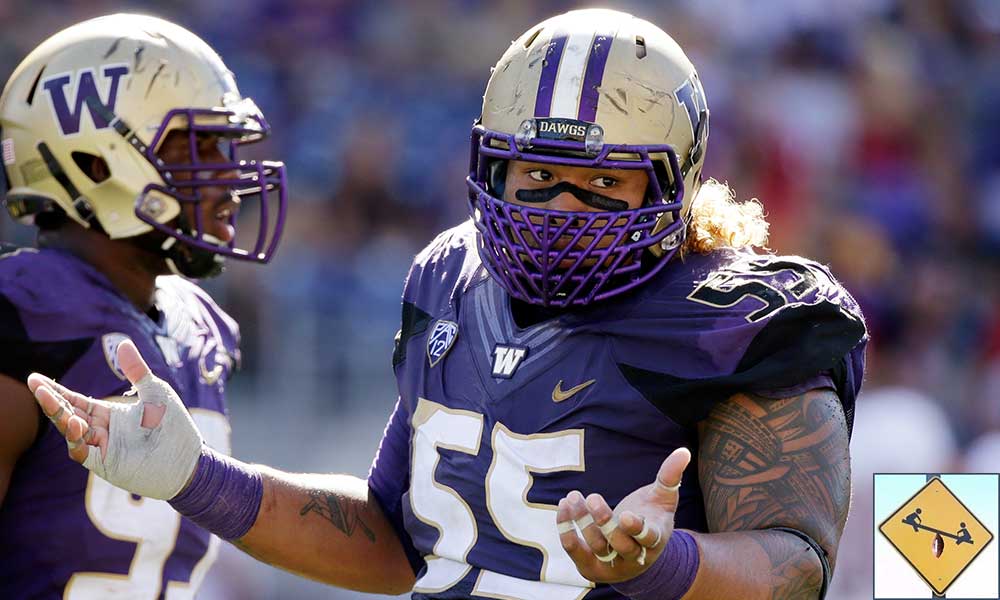 Contrived controversy defines the initial college football playoff rankings as both Washington and Louisville got shafted. Being undefeated has to matter. It has to!

The first College Football Playoff committee ranking was released this week, naming who the top four playoff participants would be if the season ended today…At least, I think that’s how the rankings work. There is no assumption or exploration in these rankings. It is how teams currently stand. The future games will affect the rankings after they happen.

That makes the committee’s ranking all the more peculiar since they slotted in one-loss Texas A&M over undefeated Power 5 team Washington. Washington has already blown out Stanford and Oregon and handled Utah on the road. Its out-of-conference schedule was awfully weak, which the committee clearly hates, but the wins are still good.

For A&M, the wins are admittedly more impressive, especially against non-SEC teams, but the Aggies have also lost already! Granted the loss was against No. 1 Alabama, but the game wasn’t close. How can the Aggies be the fourth-best team in the country when we already know how much worse they are than number one?

The cop-out to complaining about these early rankings is that “the games will take care of themselves.” That is obviously true. We still have a good third of the regular season remaining, but that is besides the point. The early committee rankings have already told us a lot of useful information, namely that teams like Washington are battling uphill. If the Huskies lose a game, they are automatically eliminated, probably whether they end up winning the Pac-12 or not. And we may still have an SEC bias on our hands despite the conference being just as top-heavy as everyone else. The depth isn’t there this year, especially in the East division.

I also don’t like Clemson being number two. Perhaps it’s nitpicking, but this Clemson squad is beyond lucky, and I’m not sure it’s actually that good. It could have four losses already, and it should have at a minimum one loss (when NC State’s kicker missed a chip shot that would have ended the game in regulation). How are the Tigers better than Michigan? I don’t buy it and I don’t like it. I would have Clemson fourth, behind both the Wolverines and the Huskies.

Also 8-0 Western Michigan has just no chance. It didn’t anyway, but ranking it below a team with three losses is rough.

We both agree that the Aggies are pretenders in the initial rankings. Putting them at fourth feels like an obvious attempt to create controversy in an otherwise straightforward initial college football playoff rankings. There are only four undefeated teams in college football deserving of playoff consideration, sorry not sorry Western Michigan, and these four teams rank one through four in the AP Top 25. Slotting them atop the rankings would have been predictable and boring. Should we be happy the committee gave us some intrigue and controversy?

If an undefeated Washington does not end up in the four spot, then I will be calling for a committee overhaul. Yes the Aggies only loss is to Alabama, but Louisville’s only loss is to Clemson. How are those two things different? OSU is out because they lost to PSU, yet somehow they are slotted ahead of the Cardinals as well.

NBA Predictions: Who wins a Finals without the Cavs and Warriors?


The playoff committee basically told Washington and Louisville that they must win out to be seriously considered for fourth. But we pretty much knew this already! I believe we end with four undefeated teams and those four teams must be our playoff teams. Texas A&M has had a great season, but going undefeated is always better. Always.