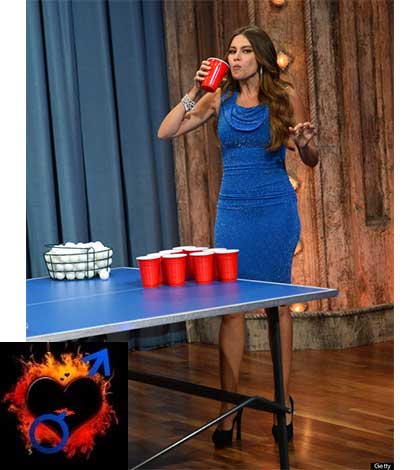 You know the scenario.

You’re having your first drink with a girl. You’re not sure what to get, because the beauty of alcohol is, it doesn’t discriminate.

You have as many options as you can imagine. With so many choices, there is bound to be a right and wrong one.

Per usual, I am here to make sure you make the right choice.

Regardless of what you may think, studies have shown a drink can tell a lot about a person. It’s not an exact tale about the person you are, but gives a great snapshot of the person you may be. For example, have you ever seen someone do a Jager-bomb and thought he was anything less than a douchey frat boy? Neither have I. With that being said, I do partake in them.

I have attended countless bars in about fifteen different countries from North America, to Europe and Asia. These bars have ranged from eloquent black tie affairs to dive bars where the bartender would, while in the middle of making a round of drinks, pour and take a shot himself. He worked at the bar that sponsored my Sunday morning beer-league softball team. Nothing better than playing hungover softball and having Bloody Marys afterward. Thanks “Lost & Found.”

There are generally three rules to follow if you want to prove your awesomeness in a crazy, alcohol fueled world. They are shockingly simple, as you can imagine.

You’re a man. You should be able to walk into a room, give a quick look around and survey what type of bar it is. Is it a classy establishment? A dive? What are the people wearing? Do you see mostly ties or lots of hooded sweatshirts? Does everyone there look like they quote philosophers to seem more intelligent than they actually are? Knowing what drink fits the environment you’re in is just as, if not, more important than the actual drink. Also, it will ultimately decide if you want to fit in or annoy everyone. I have done both and they’re both equally fun.

When I first arrived in LA, I had to attend business oriented events. They required a tie and mingling with people. I first noticed there might be a problem when everyone kept gawking at the domestic beer in my hand. I didn’t see a problem at first. I’m a Boston kid and we drink beer. Like a lot of it. It’s a food group. It never occurred to me that I should probably mature my drink. Especially around people in suits who I am trying to impress. And by impress, I mean get a job.

Do NOT show up to a work party like this.

With that being said, a general rule to follow is this: If you see 1) people wearing hats or 2) people with visible tattoos, then drink beer and only beer. Preferably a cheaper variety. The classier the t-shirts are, the classier your beer selection shall be. Drink draft and slowly move your way up to micro-brews based on the cleaning standard of the establishment.

If you’re on a Mexican themed pub crawl, gear up the tequila and Corona. If you’re out on St. Patty’s Day, drink Jameson and Guinness. There is always an exception to the rule and pub crawls or specific events are just that.

If you’re heading to a fancier place, no beer. Once you see a tie in a non ironic hipster way, that means beer is on the sidelines. Sorry beer, you brought me to the show, but I’ll take it from here. I’m going on the assumption that you’re trying to impress either a girl or a business type. Just remember, classics are classic for a reason. If men want women to be Audrey Hepburn (Yes, we all do. At least in public anyway.), then we need to bring a little Don Draper, Steve McQueen, James Bond and JFK into our own lives. That’s when men were men. Even if two of the men I mentioned are fictitious, it doesn’t mean they didn’t have goals to achieve.

If you head to a classy party or bar, I promise Sofia Vergara will not play beer pong looking like this. As cool as that would be.

You can never go wrong with the big three; whiskey, scotch and bourbon. All three imply a level of sophistication and class. Just ask for the one you want on the rocks. Martinis are acceptable, just don’t say “shaken, not stirred” because that tells the bartender and your date that you just watched a Bond movie. If you’re not a fan of anything I just mentioned, then try something vodka based. Just no screwdrivers. Those are not for adults. The point of this is not to try to act like someone else, but give the impression (in my case façade) that you’re mature and a gentleman. I’m listening to “Let It Go” from Frozen while writing this and I still don’t feel my masculinity being hindered. Yeah, that’s right. Manliness is like pornography; it’s hard to define, but you know it when you see it.

If Ron Swanson is drinking whiskey, assume it’s the manly thing to do.

For men who walk into bars and order wine, fruit cocktails, cosmos, daiquiris or margaritas (sans beach or theme night on the last two) I just want to tell you …… don’t. Just don’t. I have never in my life thought a male was manly while sipping red wine at a bar. Keep in mind, I’m not talking about wine with dinner. I mean at a bar. It’s not exactly smooth and manly to have a ‘Sex On The Beach’ and approach a girl with it in hand.

1) Walk up to her with your wine. I’ll be here when you get back in 30 seconds and 2) This article is now 74% more beautiful now that Ms. Hepburn’s photo is in it.

To confirm this, I asked the embodiment of manhood, my old man, to confirm my hypothesis.

Doc: “Have you ever ordered wine at a bar? In your life?”

Old Man: “Only for your Mother.”

I’d say that just about sums it up. Even though modern women do want a guy to listen and talk to, guess what? Women still want men to occasionally act like men. When it comes to drink orders, you can either take my advice or have regrets. However, if you don’t want to do that, you have one final option. Be so manly you don’t care what you read or what I say. You’re going to drink whatever you want and enjoy it.