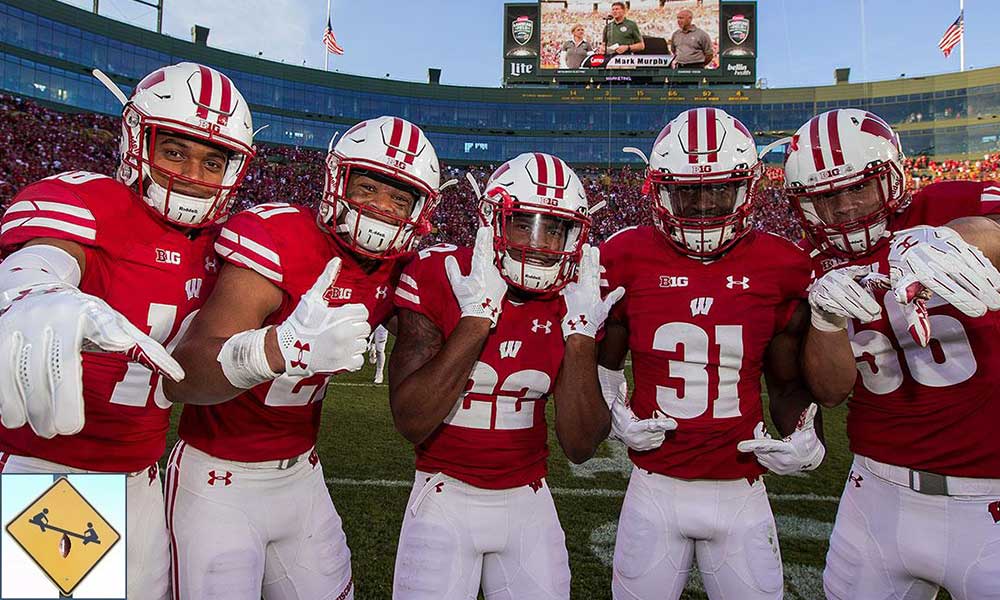 Championship Weekend has never held more weight, as the winners are in and the losers likely all go home. Does head to head matter? College Football Playoff 2018 debate.

We have reached championship weekend. The Pac-12 title game between USC and Stanford is tonight, though neither team has much of a chance at reaching the College Football Playoff regardless of the outcome. Here is where we stand. There are four playoff spots for eight teams: Clemson, Auburn, Oklahoma, Wisconsin, Alabama, Georgia, Miami, and Ohio State. I don’t see any set of circumstances that would get any other team into the final four.

We also have a few spots secure. The SEC champion is getting a spot (1). Maybe you disagree, but I feel confident that the ACC champion and Big Ten champions are as well, even if the lower seed wins (2, 3). That leaves one spot up for grabs. It goes to Oklahoma if the Sooners win the Big 12. But what if they don’t?

ALSO ON BUZZCHOMP: NY Jets Season Nothing Like Giants

Alabama is the next team up according to the rankings, but it has very few quality wins this season and has already lost to Auburn. If the Tigers lose the SEC, can we really have Alabama over them in the playoff? If Wisconsin loses the Big Ten title, is its resume worse than Bama’s even? For that matter, I may be assuming too much in putting conference champion Miami or Ohio State over the Crimson Tide. Then again, maybe this is more cut and dry than fans want to admit. The three champions will get in, as will Oklahoma if it wins. If the Sooners lose, Alabama gets in. It all may be that simple!

That would potentially leave us with an 11-2 Clemson team, a 12-1 Wisconsin, an 11-2 Georgia, and an 11-2 OU all out of the playoffs (if those four teams lose title games). Then there’s the runaround that must be considered. Oklahoma beat Ohio State head-to-head. Why would the latter get in over the former? The same goes for Clemson and Auburn. What takes priority, the fact that someone lost a title game or that it won on the field earlier in the season?

I can’t remember Championship Weekend ever carrying so much weight in the College Football Playoff, but to say our final four hinges on the outcome is an understatement. The winners are in and the losers will go home. It’s practically a playoff round of its own, except that it’s not.

This spells trouble for any loser who believes they still earned our final playoff spot. It is of my opinion that the playoff committee will do everything possible to get Alabama into the College Football Playoff. This is not to say that funny business will take place, but if it’s a close call, the Crimson Tide will be in the playoff.

The SEC, ACC, and BIG 10 champions all earn spots. Our teams are all too even for one of these losers to garner serious consideration. Wisconsin is the lone exception, because they enter Championship Weekend undefeated. A loss to Ohio State in a close game feels on par with Alabama’s loss to Auburn, whether or not the Tigers win the SEC title. I can see Wisconsin staying ahead of Alabama if Auburn loses, but not if they win. I can also see idle Alabama leap frogging any and all losers of this weekend’s games. Not playing is better than a loss. Our likely outcome is the simple one. Oklahoma wins and our three champions get into the College Football Playoff. Sorry not sorry Crimson Tide.