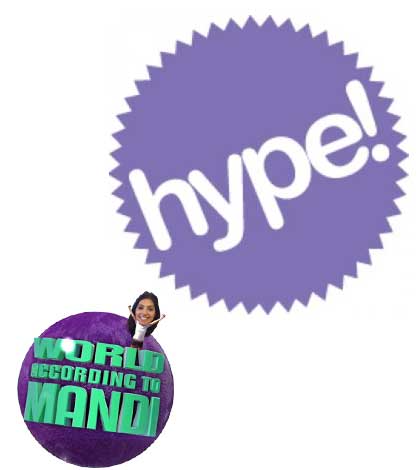 Have you ever been told that you HAVE to watch a television series, a movie, or read a certain book? “It’s the BEST show EVER,” says the hype flowing freely from seemingly everyone. “It’s now my favorite movie of all time!” You’re hesitant, but so many people love it, so it has to be good right? Stop the hype people! We hype things up and up and up, but the payoff is never there. The hype is always greater and it’s time to shut it down.

I offer three instances of hype that ruined things for me; a book, movie, and TV show that all fell flat when facing the mountain of hype. First is the TV show Mad Men! Okay people, I wanted to love it. I really did. I generally love shows that unfold at their own pace and are character driven and I tried hard to like Mad Men. I watched almost the whole first season and kept falling asleep at the end of episodes. My man and I kept coming back, kept pushing through the episodes and kept falling asleep. No go. We couldn’t do it. What were we missing? So many people LOVE this show! It’s the hype people. The hype!

My second instance is the book Fifty Shades of Grey. Come on people! All I heard for months was how great it was and how women just love it. Not this woman. “Go read it now; it will change your life.” Seriously, after reading it I decided that I’m probably not a woman if THAT’S what women like. I found the book so poorly written that I was amazed at how it even got published in the first place. And the whole story is just ridiculous! Am I missing something? Am I not in touch with my femininity? During the whole book I was hoping that I don’t EVER have an inner goddess that wants to come out. I’m a trooper and even pushed through and read the whole series. When it was finally over I couldn’t believe that was it. That was the rave which made ladies swoon; that’s what women loved to read. No thank you. Take back your hype!

Now for a movie that was ruined by its hype. I’m offering one example, but unfortunately I can name quite a few. We’ve talked about this film before and it’s the one and only Gravity. Snooze. It still amazes me that Gravity was nominated for Best Picture. Sure, all the visual awards and sound awards were justified. The film was very pretty and belongs in those categories, but best picture? Best actress? Oh come on now. Hype. Hype! HYPE! Take it back, take it all back.

We’re all guilty of hype, every one of us. But it’s a problem we can control. I hype and I don’t even mean to! If you ask me what TV shows to watch, I’ll tell you to binge watch The Walking Dead and Game of Thrones because I love them! I’ll gush and say how AMAZING and wonderful they are. That your life is incomplete without watching them… I’m sorry too. It’s time to stop the hype.

I challenge you all to resist the hype. Stop saying, “You have to watch this!” Give your reasoning; explain why the show, book, or film relates to you and then let people decide on their own. We’re all waiting for that next great thing, so stop ruining average stuff by hyping it to fake greatness. Try and give an unbiased review. Let’s do it people! Let’s get rid of the hype. No more hyping!