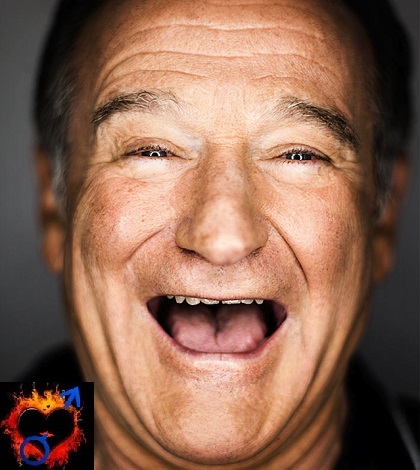 As writers at BuzzChomp, most of us grew up loving the entertainment industry. Naturally, we all had our own thoughts and lasting impressions left by the passing of Robin Williams. Instead of one person writing their thoughts, we decided to all share a brief thought or impression left by Mr. Williams. Our thoughts and prayers go out to his family, as the entertainment world truly lost a unique talent.

Growing up I loved everything Robin Williams did. I’ve watched Toys, Hook, and Mrs. Doubtfire more times than I can count! Til this day I’d still put any of those movies on and watch them all the way through! From a very early age I wanted to be an actor and Robin Williams inspired me with his amazing talent! But one of his films inspired me in a way that I had never dreamed of, What Dreams May Come. This tragic and beautiful film inspired me to become a filmmaker. Robin’s touching performance, along with the beautiful imagery of the film, has stayed with me all these years and I can only hope to one day touch someone with a film just like his film touched me when I was young.

We all have a memory or multiple memories linked to Robin Williams. For most of us, the memories are associated with one of his characters or films that moved us in some way. For me, my favorite character was Mrs. Doubtfire herself. The movie came out right around the time my parents separated… I found myself relating to this story. I’m sure there are many other American kids who did as well.

On one hand, the movie pulls at your heart strings. A family splitting up and moving on… realizing how things can change so drastically over time and people can grow apart. On the other side, the humor of how we cope with change. Dress up like a British nanny to be with your kids? Who wouldn’t do that?! Spike a lemon off the head of your ex-wife’s (overly handsome) boyfriend? Who wouldn’t want to?! Mrs. Doubtfire (or shall I say Daniel and his alter ego) was a strangely relatable character – who put a humorous spin on what is typically not a lighthearted topic for most kids of divorced parents. I truly don’t think anyone else could have been Mrs. Doubtfire other than Robin Williams. I will watch that movie anytime, anyplace!

I subscribe to the mindset that we should celebrate the life of a person in their death. And luckily Robin Williams provided us with more things to celebrate than the average person could ever hope to achieve. I’m sad to see him go, but so happy to remember all the joy he brought into this world. If not for death, then there is no life.

It’s probably not remembered as a good movie, or as Williams’ finest moment in film, but I think we need more movies like Jumanji. Robin was at his best playing a parent trapped in a children’s world. See Hook and Mrs. Doubtfire and Patch Adams and on and on. With Jumanji he went inside the game. How cool is that! He was the voice of reason at first, but ultimately accepted the magic happening around him. It’s what life is all about, especially his own. He brought magic to everything he shared with the world. It may not have infiltrated his own life enough to save it, but you can’t undo the past. His magic was real, just like in Jumanji.

Every actor has their niche. The genre or character they can play better than anyone else. It’s theirs and no one can ever take that away from them. Except Robin Williams. He didn’t have just one card he could play, he could do much more than that. In baseball, it’s called a five tool player. That rare, once in a generation talent that has the ability to do everything.

Many people will never truly appreciate the range of ability Robin Williams had. I’m sure actors were better at the loud mouth, zany comedy (Good Morning Vietnam, Mork & Mindy), the family comedies (Hook, Mrs. Doubtfire, Aladdin), and the drama (Dead Poet’s Society, Good Will Hunting), but no one was great at all of them. Williams was either great in a role or would try his absolute best to be great.

There is a reason why Facebook blew up about Williams’ death. It’s because his prime was during most of our coming of age. All of the movies I mentioned (sans Mork & Mindy) were between 1987 – 1998. You know no one could have played Peter Pan, Genie, Adrian Cronauer, and a Boston shrink as seamlessly as he did? No one. The stage was his to do whatever he wanted or needed to do. To me, his greatest work wasn’t when he was zany, cooky, fast mouthed or quick witted. It was a quiet scene on a bench on the Public Garden in Boston.

The most famous bench in Boston. “Your move now Chief.”

The famous scene from Good Will Hunting was a simple set up. Any film student could duplicate it. Take on older man and have him talk about life to a younger man. The monologue was original and the execution was flawless. No one has ever been told a dose of reality in a caring way before. Williams had to remind Matt Damon he wasn’t a confident man, but a kid who was scared shitless. . Everything rang true, from the talk about war, love, and seeing the world, to Williams admitting he doesn’t know Damon’s life story, even though he read Oliver Twist. Afterwards, not only did you feel for Williams’ character about the turmoil he went through, but Damon as well for not experiencing it either. I was fourteen when I first saw it and immediately I wanted to experience the world. For the record, the Sistine Chapel smells like old lead and marble.

Maybe Denzel Washington could have also nailed that monologue, but Denzel could have never have done a stand up performance like Williams did five years later. He had to remind America that he wasn’t just a comedian, a comedic actor, or an Academy Award winning actor. He was an entertainer. A screen and theater Renaissance Man who had the ability and will to entertain and perform. In any genre he saw appropriate.

Credit http://www.thewrap.com/stephen-colbert-bradley-cooper-offer-up-their-best-advice-in-esquire-photos/ for the Robin Williams photo. Credit Miramax Films for the Good Will Hunting image.