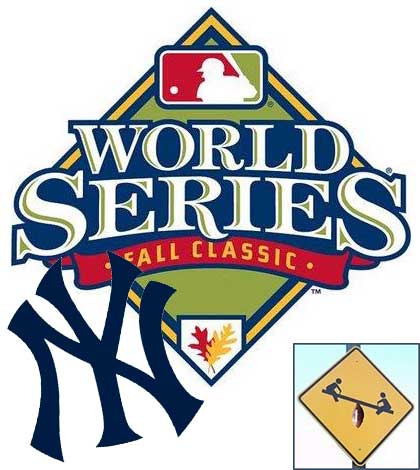 On an NFL Sunday, Major League Baseball had a chance to usurp some major viewers with the way the regular season was coming to a close. Three playoff spots were still up for grabs (two division titles and the second AL wildcard), and the possibility existed that baseball fans would be in store for THREE play-in games, six franchises playing a 163rd game to determine wildcard teams.

It didn’t materialize that way as all three leaders won during the afternoon making the subsequent three contests’ results moot. However, not only did the prospective playoff standings not usurp any NFL viewers (like it ever would!), but baseball itself seemed overshadowed by other business.

For one, Washington’s Jordan Zimmermann threw a no-hitter on the final day of the year, so that’s always fun. But, in seemingly never-ending news, Derek Jeter played his final career game on Sunday as well.

This may be more your forte as I’m not known for my sentimentality. In fact, I was tired of the whole Jeter business by June. I’m an actual Yankee fan who wanted the team to make the playoffs. You know what could have helped? To not have one of the worst hitters in the entire league bat second EVERY SINGLE GAME.

Jeter was so bad this season, both offensively and defensively, not dropping him in the order may have been the difference between New York being eliminated from playoff contention early and battling to the season’s final day. The man got close to 600 at-bats for god’s sake.

Choosing a stat at random, I don’t know, let’s go with perhaps the most important offensive stat in the game today, OPS, which combines a player’s power with his ability to get on base. Out of 147 qualified hitters this season, Jeter finished 143rd in the league with a .617 OPS. He was almost exclusively the most useless player in the game considering how many more plate appearances he made as compared to those other cellar-dwellers.

Now tell me why this magical Jeter sendoff was so special and so warranted, and then let’s get back to the playoff talk.

You bring up an interesting point, despite your inability to enjoy the final season of our generation’s face of the New York Yankees. And I’m not referring to anything having to do with statistics. Jeter’s final week and final games completely overshadowed the playoff races themselves and for good reason.

We love our sports stars; it’s why we keep coming back to watch season after season. No matter how much we might love a logo and a team, without faces and names a fan’s ability to care only goes so far. Derek Jeter was THE pinnacle of MLB stars, perhaps the one man who truly transcended the game. As he retires, he leaves a league devoid of names. I’m talking about people who husbands, wives, and non fans know by name. It’s the end of an era for baseball.

Next season MLB won’t have a Derek Jeter; it won’t have a star of the game that everyone knows and either loves or hates. Beyond that, Derek Jeter was a Yankee our entire lives. He played twenty years. I can’t remember a Yankees team before him and I honestly don’t want to. But it’s certainly best for the other actual playoff teams that Jeter and Yankees ended their season Sunday.

MLB would have loved Jeter ratings throughout the playoffs, but the other teams can now enjoy their post season journey. The playoffs will be about baseball and the Nationals and Dodgers and Angels and Orioles. It won’t be about Derek Jeter.

And ultimately, as you so bluntly put it, next season will be better for the Yankees as well. It will once again be about baseball and not the retiring of a legend. Two seasons out of the playoffs; two seasons devoted to saying goodbye. Its time to move forward, tip our caps, and usher in the next great star.

On a related note, do the wildcard games feel like playoff games to you, or do they still feel like play in games? I love that there are two wildcard teams in each league, but a one game battle feels like those extra games in the NCAA tournament. The real action doesn’t start until after two teams are ‘eliminated.’

Both of those things are completely true. The added wildcard spot in each league was great for excitement down the stretch and adding importance to winning a division title. The wildcard games also feel exactly like the NCAA Tournament “first round.” It is what it is. Kansas City, Oakland, Pittsburgh and San Francisco all made the playoffs but whichever two end up losing this week only kind of made the playoffs if we’re being real.