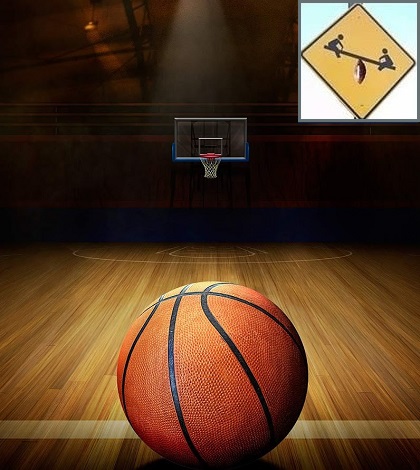 Two All time NBA streaks are about to fall, as the Golden State Warriors and Philadelphia 76ers each set individual marks of excellence. But is going undefeated more impressive than achieving the impossible by losing? NBA debate.

Which is more impressive, what the Golden State Warriors are doing or what the Philadelphia 76ers are doing? Both are on the precipice of setting all-time records to start a season. Let’s begin with some background on each.

The Warriors won the NBA title last season and seem to be unleashing the first ever defending-champs-nobody-believes-in-us season in sports history. Because of talk of unbelievable injury luck inside and outside the organization (GS didn’t really lose anyone of note all year; main contenders lost major pieces), people denigrated that GS title team just a tad, but the Warriors players took it super seriously.

So to start this year, they decided to win their first 15 games of the season to tie the NBA record for most wins to start a year ever. One more and they have the record by themselves. They’ve done so with perhaps the best small-ball lineup the sport has ever seen as well as the best shooter in league history. People are already talking about Golden State breaking the all-time wins record for a season.

ALSO ON BUZZCHOMP: Tanking in Full Force for Top Pick of 2016 NBA Draft

That’s all well and good, but great teams come around ever few years whether we like it or not. There was brief chatter last year about someone reaching the 72-10 plateau. It happens. However, what the 76ers are unleashing may be something the NBA has never seen or will ever see again.

The level of Philadelphia’s ineptitude is nearly unparalleled. The team is 0-14 to start the season. The record for most losses to start a season is 18 by the New Jersey Nets of a few years back. With four straight road games coming up, it seems likely Philly could go back home tied with the record at 0-18 with the Los Angeles Lakers on the docket. Wouldn’t that be fun in a masochistic sort of way?

The Sixers have a few good, young talents and a good head coach who gets his players to try hard. They seem to be playing to win each and every night they step on the court, but that doesn’t matter because of who is stepping on the court. If they don’t beat LA at home, I don’t know where the streak ends. Then we’re talking about all-time losses for a season records as well, if we aren’t already.

So which team’s streak is more impressive? If the word “impressive” is throwing you off, I don’t mean it in terms of evoking admiration as much as inspiring awe.

I have two equally legitimate answers to the question of which all-time NBA streak is most impressive. Do you covet being undefeated the longest, or setting the benchmark for futility with an inability to finish with more points than the other team? I think we all know where this is going.

Golden State wins this debate for one simple reason, the team is having way more fun winning every game than Philadelphia is having during their inexplicable losing streak. The Warriors’ fans are enjoying every second of their all-time winning streak. NBA fans are getting pumped for regular season action in November, a concept completely foreign in basketball circles. You mean a team can actually dominate with jump shots and the long ball? Posting up and feeding the rock to your center is not a prerequisite for NBA success? Golden State has officially changed how we view the game of basketball, via one of the all-time great shooters. Their winning streak is amazing on so many levels, and the entire team’s drive to prove the league wrong is even more impressive. I love everything about the Warriors and their streak.

Philadelphia wins this debate for one simple reason, it is clearly more challenging to set the all-time losing streak when trying to win night after night. For the 76ers to be winless after fourteen games, while simultaneously trying to win, is nearly impossible. Every player on Philadelphia is an NBA basketball player, namely one of the top 300 or so people in the entire world at the sport of basketball. They have several good young players, players with serious All-star potential in the future. Setting aside their less than obvious ‘tanking’ plan for success, the Sixers are managing to lose when conventional wisdom, math, and the simple law of averages is all working against them. Philadelphia is NOT intentionally losing basketball games. They are just the worst team in the NBA, and possibly of all-time.

This brings me to something infinitely more interesting. Has there ever been a year in which records for all-time greatness and ineptitude were set by teams in a single sport? How about from two teams in different sports, during the same calendar year? I doubt either has ever transpired, and yet here we are, with the Golden State Warriors and Philadelphia 76ers about to enter opposite sides of the NBA record book.

NBA fans should not pick sides of this argument. We should be rooting for both records, but celebrating only the Warriors. I refuse to reward incompetence, regardless of its historic implications.