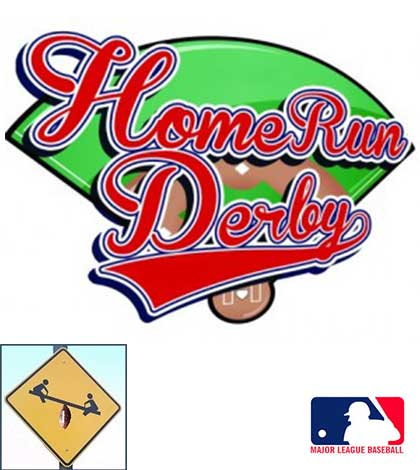 MLB’s 2015 Home Run Derby is brand spanking new, but is it hot or not? With March Madness style brackets and timed rounds, will the derby changes spark baseball fans’ interest? MLB sports debate.

Major League Baseball has announced a brand new format for the 2015 Home Run Derby during this season’s All-Star break. There are a number of nuances and intricate rules because of course there are, but it essentially comes down to this: the derby is now bracket style with head-to-head match-ups and timed rounds.

My first reaction was this is stupid. They are turning the event into something even more gimmicky and silly than it used to be.

My second thought was there are parts of this that are kind of cool. Time bonuses for deep bombs is an interesting wrinkle. And nothing is ever worse bracket style.

My third and final reaction is though that this is still pretty stupid. There shouldn’t be a running clock in baseball. Isn’t pressing for time just going to result in fewer home runs and pressure on both the batter and his pitcher? Unless they mark out distances in real life in the stands with colored sections or something, isn’t waiting for home-run measurements to pop up also going to seem a bit awkward and cooky?

I understand the thought behind adjusting the derby rules (yet again). Was this really where young fans were turning off the televisions though because of slow action? Was it actually happening during the home run derby? If guys rush and hit fewer dingers, look for even more changes for the 2016 iteration. It would be sad if it wasn’t so predictable.

We argued about how to improve the Home Run derby after last season’s competition, so I’m thrilled they jumped completely out of the box to bring excitement back to the greatest All-star based event in sports. Everything new feels kinda stupid at first, but this new Home Run Derby format is totally kick ass!

The biggest change is rather simple. MLB is implementing a bracket style format a la the NCAA tournament. If March Madness is the pinnacle of single elimination excitement, then adapting it to a home run derby is brilliant. Seeds are based on current home run totals, each round is single elimination, and the competition marches along until only one player remains atop the bracket.

The second change comes in the form of timed rounds. I understand your initial balk at adding a clock to anything involving baseball, but five minutes to sock as many dingers as possible makes way more sense than having nine ‘outs’ to do so.

Old home run derbies let players keep swinging until they whiffed on nine pitches, popped the ball up, grounded out, etc. Now each participant has five minutes. This rocks. The entire competition changes into a blast off. It keeps the rounds moving, the eliminations coming, and the homers flying. Players can hit as many grounders as they want, as long as the ball leaves the park more than their competition. This is win, win.

The final perk of this new format is the best; the actual players don’t have to matter. Sure, I want to see the stars participate. But many don’t want to, can’t because of injury, or are prevented from playing for another reason. With a bracket style elimination tournament and a short timer ticking away, fans are guaranteed drama and excitement, regardless of who’s batting.

I applaud MLB for revamping the derby. There are sure to be kinks to work out and more changes made next season. But this is exciting and I can’t wait to find out who’s involved.