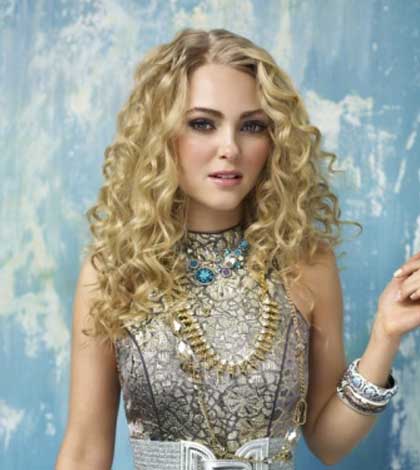 5 Reasons To Watch The Carrie Diaries

Sex and The City, being a very successful television show about four women finding love in the big city has inspired The CW to write a series about the young Carrie Bradshaw finding a way to survive high school, boys, her new internship, and the recent passing of her mother. Here are the top 5 reasons to watch it now.

1. The Fashion: Of course Carrie Bradshaw (Anna Sophia Robb), being a fashion icon, has the most stylish wardrobe, but it get better. The Carrie Diaries takes place in the 1980’s when Carrie was 16 years old. So, the leg warmers and the Members Only jackets make an appearance but with a more chic twist.

2. The Romance: What would a hit TV show be without the adorable love story? Sebastian Kydd (Austin Butler), Carrie’s love interest, has a bad reputation. Her father does not approve since he knows some mistakes Sebastian made in the past, but the struggle of proving to Mr. Bradshaw (Matt Letscher) that Sebastian has a softer side to him, makes this love story irresistible.

3. The Adventures: Sex and The City was probably most known for the crazy situations they all got into. Obviously, The Carrie Diaries doesn’t exactly have the same kind of scenarios, but being a curious teenager in New York, she is bound to get into some funny predicaments. When Carrie meets Larissa (Freema Agyeman), a spunky style editor, she gets introduced to a whole new world. Carrie’s new role model gives her a fun, new look on life.

4. The Motley Crue: Although Carrie and her friends have problems that need to be solved, they have each other to fall back on. Maggie (Katie Findlay), Walt (Brendan Dooling), and Mouse (Ellen Wong) all try their best to breeze through high school together. As hard as that is, they each support each other through breakups, family dysfunctions, and finding their own identities. They will make you wish they were your friends!

5. The Lessons: The Bradshaw’s, new to the loss of their mother and wife, are still trying to learn how to function with the absence of a loving maternal figure. Dorrit (Stefania Owen) is Carrie’s rebellious sister who often feels neglected since Carrie is the “perfect” daughter. Carrie got the mother’s purses, shoes, and dresses, etc. so, Dorrit, feeling left out, often gets into trouble. Mr. Bradshaw is still getting used to being a widower as the girls are still getting used to being mother-less. The Carrie Diaries ties in situations that anyone can relate to and reminds us to be ourselves and to not be afraid of going after your dreams.