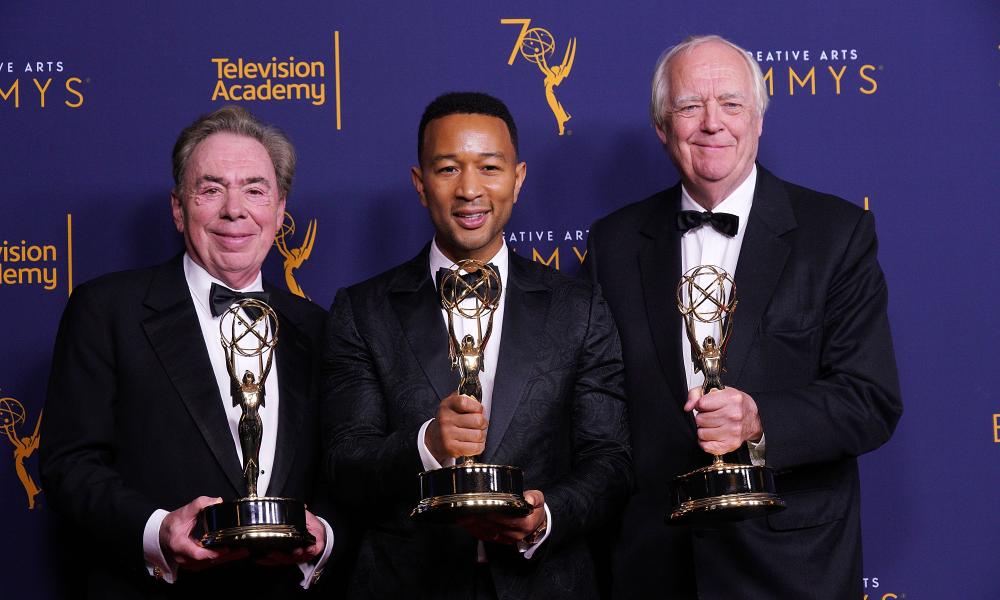 Just days from the 2018 Emmy awards, the ceremony is comfortably under most people’s radar. Because of a confluence of events, this year’s production feels like the end of the way things were and the start of something worse.

The 2018 Emmy Awards air Monday night, September 17. This year, the ceremony will be hosted by Saturday Night Live writers and ‘Weekend Update’ hosts Michael Che and Colin Jost. The pairing has come into its own in recent years and should transition well to the award-giving format. That is what we have to look forward to.

Despite solid hosts in place and big names on the nomination lists, this year’s Emmys aren’t generating the buzz one would hope. In fact, quite the opposite is true of the 2018 Emmy Awards. There isn’t a build-up outside of the industry. It feels like what should happen during a weak year for nominees, but this isn’t that at all.

Just take a look at some of the names in the ceremony’s biggest categories. Elisabeth Moss is back to defend her crown as Best Actress, Drama. Issa Rae was nominated for the first time ever. Allison Janney and Lily Tomlin were nominated to drop the hammer on anyone worried about name recognition.

On the men’s side, it would be hard to find bigger names for Best Actor, Comedy, than Ted Danson and Larry David. Alec Baldwin is even nominated again for his supporting work on SNL. And then there’s the next generation of stars with Donald Glover and Bill Hader both bringing acting, writing, and directing nominations for their own projects. Thanks to weirdly timed stipulations, we even have all our favorite Game of Thrones supporting actors at this month’s ceremony, despite the show not airing in 2018.

Its worth noting that Better Call Saul missed the nomination window entirely. The production still uses outdated and misguided TV “calendars” that revolve around fall to spring seasons, with summer seasons being considered roughly 15 months after they air. TV releases hardly follow those antiquated release dates anymore, yet the 2018 Emmy Awards continues to ignore the summer.


So what is the problem in 2018? Fragmented TV may be the simplest scapegoat. When there are so few shows that everyone watches, it is hard for a wide audience to care about who wins what. According to my conjecture, most television fans have probably only seen a handful of the performances up for nomination to begin with. There might be entire categories – like Limited Series or Movie – that casual fans have no experience with. It makes it hard to build up excitement.

On top of that, the few wide audience shows we do have felt disappointing this year. Westworld, The Handmaid’s Tale, and Game of Thrones were all critically worse this past season than they were in the previous season. If that happens in sports, someone new gets the MVP, and the old guard is pushed aside. But in television, there isn’t a new appeal for wide audiences. Instead, little-seen projects fill the void. Hence, no one cares who wins. What am I rooting for, a show I used to like that was worse than last year or something I’ve never seen? It certainly puts the 2018 Emmy Awards in a tough spot. As GoT prepares for its final season, there is no solution either. This is just the way things are now.