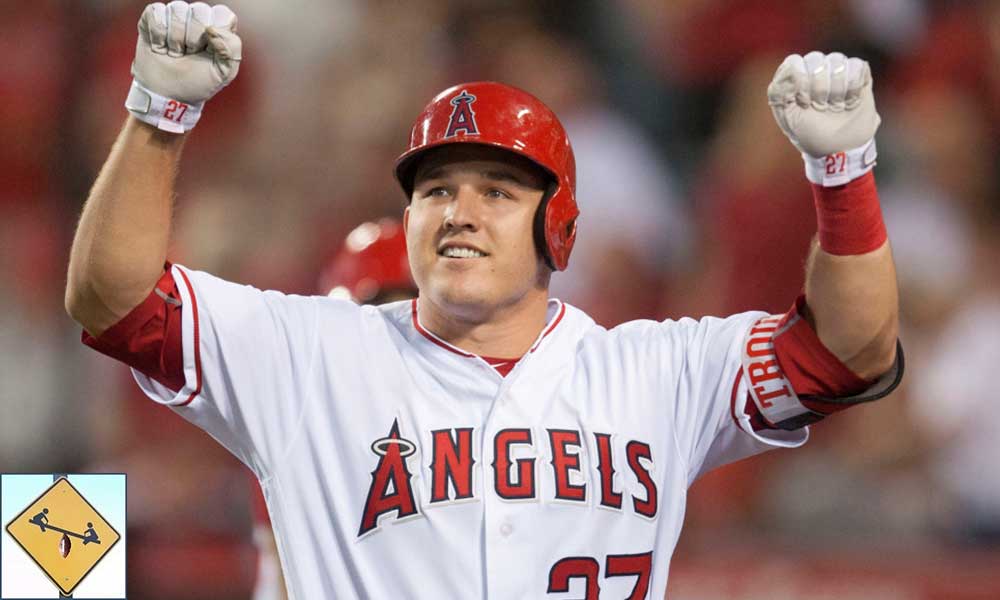 There’s fierce competition for the final 2017 MLB Playoffs spot in each league with only ten games to play. Its do or die. Who gets into the postseason?

Through Thursday’s games, five of the ten 2017 MLB playoffs spots have been secured. The only division without a secured berth is the NL Central, though the Chicago Cubs have a 99.4% chance of making it, most likely as the division winner, but also possibly as a wildcard.

The first wildcard spot in each league is also, essentially, sewn up. Arizona will be an NL wildcard team, and the Yankees will be one in the AL. All these teams have better than a 99% chance of making it into the postseason.

That leaves just two spots up for grabs: one wildcard in each league. Teams have roughly 10 games remaining in their regular seasons. This is do-or-die time. Who gets in?

The Twins lead the way in the AL, at 79-74. They have just five wins in their last 10 games but haven’t really lost any ground. That is because the Angels have lost four in a row and have fallen to 76-76. Combined with a four-game winning streak for the Rangers, those two West clubs are the only competitors to Minnesota’s spot.

I have hoped that LA would get the spot, bringing Mike Trout into the postseason. But his team has once again failed him. Maybe Trout should take some blame for having his worst month of the season in September, but that doesn’t seem fair until he goes full Otani on us and starts games on the mound as well.

I guess the Twins get in, even though they feel like a garbage club. Some seasons, the race for the second wildcard will feel awesome. This isn’t one of them.

Of course, in the NL, the story is slightly different. Good teams are actually competing for this final spot. Colorado, Milwaukee, and St. Louis all have between 82 and 80 victories and at least a 20% chance of playing in the playoffs. The Rockies are in the lead right now, but they have also lost four straight.

For some reason, Colorado has felt like the flukiest club to me, even as Milwaukee came out of nowhere to compete this season. The Brewers, though, are down their best starting pitcher for the remainder of the year. Colorado still probably gets in because of its easy schedule. It plays series against San Diego, Miami, and the Dodgers, the latter of which has lost 20 of its last 26 ballgames.

In each league, the first wildcard feels like a real title contender, while the second feels like an afterthought. This isn’t as true in the NL, but Arizona remains a real heavy-hitter by comparison. That makes this final chase for the playoffs less exciting, but in a one-game playoff scenario, anything can happen. All you have to do is get in.

While you foresee all chalk over the final ten games of this season, I believe the 2017 MLB Playoffs won’t be determined until the final day of games. Its going to be a wild finish among solid ball clubs.

The American League contenders are all good teams. Every single club in the playoffs or in contention for our final wildcard spot has a positive run differential. No other team in the AL with a positive differential is in the hunt. It’s the exact same situation in the National League. This speaks volumes to the stat itself, as well as to the strength of teams competing for the postseason.

I wrote off the St. Louis Cardinals to start the season, so consider me impressed that the team is only 1.5 games out of the playoffs as of September 22nd. The Cardinals have perennially snuck into the postseason and made waves, but they won’t be our final NL team. Milwaukee is going to earn its playoff berth by defeating St. Louis in the final series of the year. You have been poking at Colorado all season and I believe you are right about the Rockies. They have over achieved and its finally catching up to them. They lose their one game lead and end on the outside, looking in.

Our final AL playoff team will be the Minnesota Twins, because they are the only team of our three contenders that won’t be playing the Houston Astros over the final ten games. The Twins must play Cleveland, but they have Detroit for their remaining games. Los Angeles has to face Houston, as well as Seattle and Chicago. Texas must face Houston and Oakland. Only the Tigers are a truly easy opponent, leaving the Twins with a small lead and our final playoff spot.