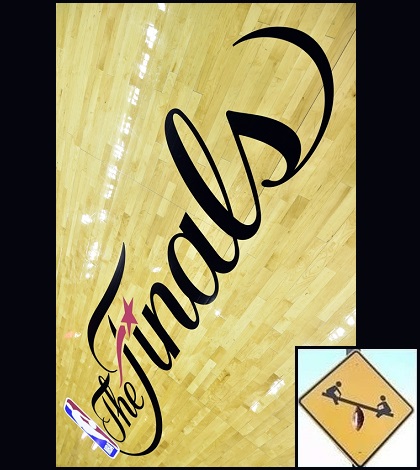 The NBA is more top-heavy than ever, with six teams in full control. But the Cavs and Warriors are not capturing the title. A new Western Conference power will reign supreme. 2016 NBA Finals Predictions.

The NBA season has just gotten under way. There is a clear sextet of teams atop the basketball standings this season. I’m not talking about early season records, nor will we ever again be talking about division leaders, but there is a distinct group of six teams that stand above the rest.

Those six teams are Cleveland, Golden State, San Antonio, Los Angeles (Clippers), Oklahoma City and Houston. Those are the six. No one else has a chance of winning the 2016 NBA title. Not a one.

Is it weird that it seems as though they are still going to play the regular season out? Is it weirder that five of these six contenders are from the Western Conference? Because of that second point, the Cavaliers are obviously the favorites to win the championship; they have a clear path to the finals whereas at least one of the Western teams isn’t even going to make it out of the first round of the playoffs…which is insane.

But what is the proper order of title contention for the five teams out west? I suppose Golden State should remain on top considering it has pretty much the same roster back that steamrolled through a historic regular season last year. After that, I am stumped. I don’t know how to separate the other four teams.

As an aside, if given three groups to choose from for who will win the NBA Championship this season, which collection would you select out of the following:

1) Cleveland or Golden State
2) San Antonio, LA Clips, OKC, or Houston
3) Anybody else

I suppose the lure of “the field” is as weak this year as it’s ever been, but this is still a tricky proposition, especially if you’re not as convinced about the Cavaliers’ ownership of the East.

Those are certainly the six teams with a true shot at the NBA Title, but I wouldn’t be so quick to rule out Atlanta, Memphis, and Portland. They will play a major role in who makes the Finals, even if they aren’t there themselves. With Cleveland owning the Eastern Conference, it’s all about who survives out West. I love LeBron James, and I believe his Cavs team eventually wins a title, but not in 2016. That honor once again belongs to the Western Conference.

You broke down our six power teams into three groups, and I’m taking group two. Anyone else in the NBA outside of these six clubs is not winning. The Cavs are not winning this year, and Golden State is not repeating. I’m eliminating Houston and San Antonio as well. The Rockets feel one player shy of going all the way, and the Spurs feel a step slower than the competition. The 2016 NBA Championship will belong to the LA Clippers or Oklahoma City Thunder.

Before I make my pick for champion, let’s look closer at both the Clippers and Thunder. Out in Los Angeles, Doc Rivers is building a champion. With a full season and postseason under his belt, the Clippers’ players are now fully on board. The team went above and beyond to re-sign DeAndre Jordan, so players feel like management is with them too. Adding in a veteran like Paul Pierce, who wants to win a title for his hometown team before retiring, makes their story a special one. This LA team is finally starting to click, and they are getting better game after game. Unfortunately they must defeat an absolute gauntlet to reach the NBA Finals.

The Oklahoma City Thunder will win the 2016 NBA Finals. With the triumphant return of Kevin Durant alongside a healthy Russell Westbrook, the Thunder have the best one-two punch in the entire NBA. This team’s edge factor is the giant chip on their shoulder after playing through a season full of injuries in 2015. People were quick to write off Durant after he went down with injury. Then they thought to write off Westbrook as well. I wouldn’t want to make either player angry, let alone both. With Serge Ibaka alongside them in the starting lineup, and D.J. Augustin, Nick Collison, and Dion Waiters coming off the bench, the Thunder have power from the starters straight through their second team guys. Durant and Westbrook will win a title, and 2016 is their year.