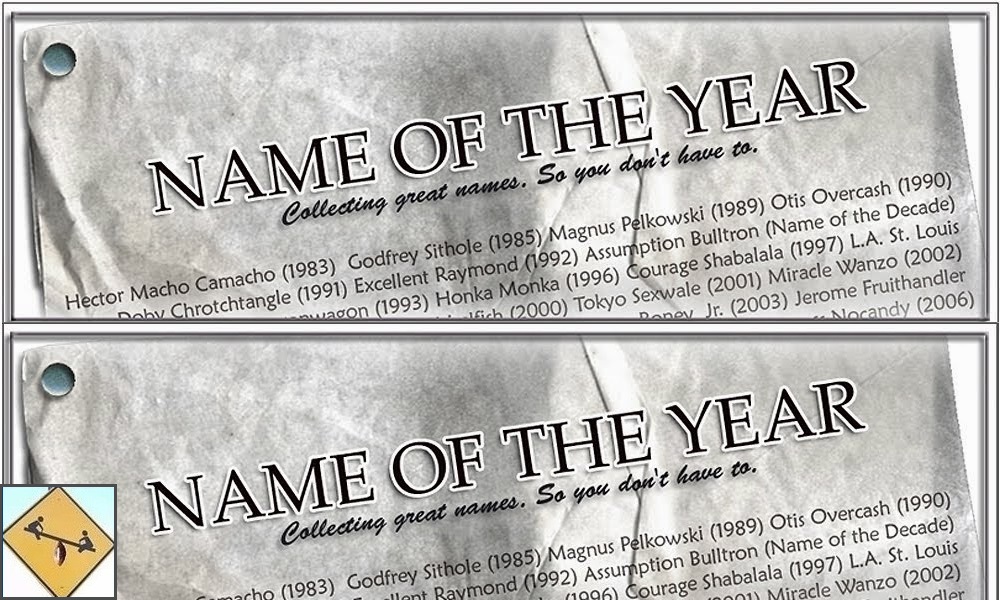 If you thought nothing was better than March Madness, you were wrong! The 2016 Name of the Year Bracket is full of insane real life hilarity. These are Final Four predictions, the weirder the better.

We are right in the middle of the greatest sports tournament of the year. However, there is another, equally as important tournament going on now as well. That, of course, being the Name of the Year tournament bracket.

For the uninitiated, first, how dare you? Second, this is an NCAA Tournament-style bracket to determine the real-life best name in the world (of the people this committee was able to find. Presumably there are other, wacky names that don’t make the internet waves for whatever reason). Again, these are supposedly all real names of real people in real life. It’s the Name of the Year Tournament! Here is the 2016 bracket, courtesy of Deadspin.

This is a great group this season. We have so many good competitors who will attempt to live up to the status of past winners like Steele Sidebottom and Tokyo Sexwale. Last year’s final saw Amanda Miranda Panda defeat Lancelot Supersad Jr. It was one for the ages.

Who are you targeting to make a run to the final four this season? I have my eye on a pair of 11 seeds in Jaquiski Tartt and Zeus Preckwinkle. In the remaining two regions, I like the seventh-seeded Dick Tips and the top-seeded Shuntavyious Primes-Willes to win their respective regions.

The Dragonwagon region is particularly loaded this year. Even though I like Preckwinkle’s chances, I could easily envision Joylord Gumbie, Taco Pope or Lt. Charlene Sprinkle-Huff going all the way.

I’m not well versed on the history of this tournament, but I can guarantee that a sixteen seed defeats a one seed here in 2016. You may like Shuntavyious Primes-Willes in the Final Four, but I like them losing in round one to none other than Billie-Jo Skeleton. I have a soft spot for redneck names and so does the voting public. Jango Glackin is also primed to defeat the top seeded Tillmann Buttersack. While Buttersack has a lot going with the last name, I’m a sucker for Jango. But enough of the upsets. Its time to talk Final Four.

My pick coming out of the Bulltron region is nine seeded Jasmine Albuquerque-Croissant. Anyone with a last name hyphenated to include a city and a breakfast pastry is reaching the Final Four. Yet they’ll have their work cut out for them, trying to defeat Onno Hoes and Duffy McSwiggin. Duffy’s parents are Simpsons fans, right? They have to be! Lucky for them their last name was already silly. Probably Irish no less.

Seven seeded Dick Tips got it easy in the Sithole region. I’m putting them in the Final Four as well. The only real competition here is top seeded Pope McCorkle III. Over in the Dragonwagon region its tenth seeded IV Seacat who’ll be in the Final Four this year. I agree this region is loaded, but how can someone who’s first name is either a roman numeral or a medical device not win? Its two things in one! Plus, that family chose the surname of Seacat. Case closed.

The final region has an incredible name all its own, the Crotchtangle region. There are several strong contenders here, including Bevis Mugabi and Muna Tuna. But you’re crazy if you think anyone other than third seeded Sweet Orefice is reaching the Final Four. Every person is voting for Orefice because those parents got it right. They took what could have been a sweet child and instantly labeled them a skank. Oh how sweet it is.

We gave you our picks, now you give us yours. What’s your vote for Name of the Year? Let us know in the comments or on social media.