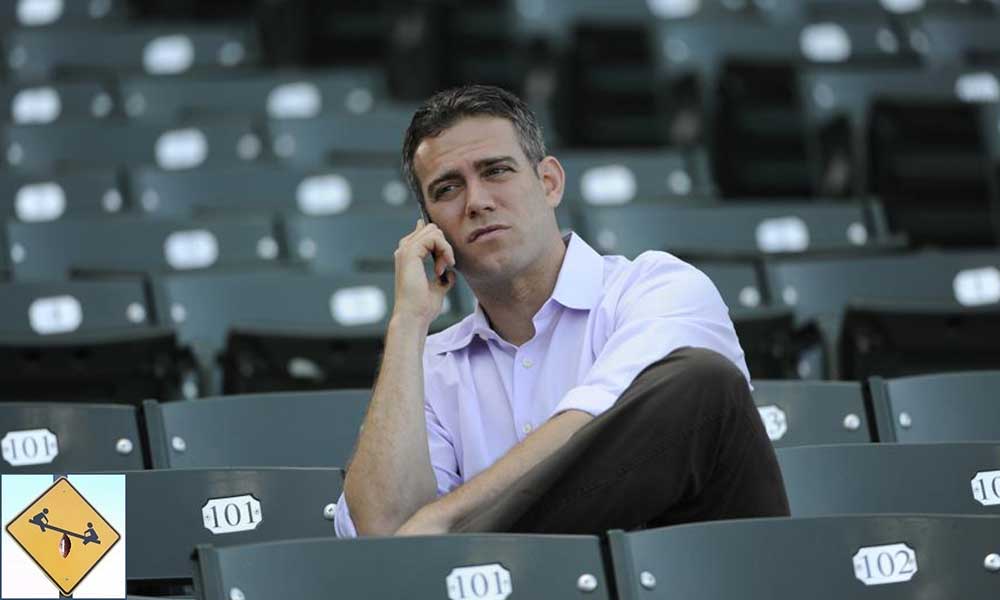 The darlings of baseball have already been busy at the 2016 MLB Trade Deadline, but the Chicago Cubs aren’t done and Theo Epstein is acting strange. Why’s he all alone at Wrigley? What ha happened?

The 2016 MLB Trade Deadline is nearly upon us and the darlings of baseball have already been active. The Chicago Cubs are the class of the National League, at least they were up until June. Reality hit them a bit and general manager Theo Epstein got to work adding a star closer to the bullpen. But everyone knows one player can’t win a championship and Chicago still needs someone to pitch the other eight innings. Plus scoring runs!

Epstein has work to do if he’s to end the curse in Chicago like he did in Boston. But this photo seems to find him alone. Very, very alone. With his phone. In the middle of the ballpark. What the heck? This is very odd. What ha happened?

Don’t let this single photo stop you. Are other GMs operating under similarly quirky circumstances? Perhaps Epstein is setting a trend. Or perhaps he’s just crazy.

Being the title belt holder of best general manager in baseball is hard. It’s lonely at the top.

Theo Epstein is alone in this picture because he stands alone as the envy of his peers in MLB. Acquiring Aroldis Chapman was icing on the cake. The Chicago Cubs are the best team in baseball. They have the best lineup, including a bench so deep that the players Joe Maddon is forced to rest each day are guys clambering for at-bats. They have arguably the best one-two starting pitching punch in the sport in Jake Arrieta and Jon Lester, as well as solid depth to carry them through. And now with Chapman, he and Hector Rondon form a crazy-good setup and closer combination out of the bullpen as well. Where is the weakness of this club? That answer is nowhere; there isn’t one.

So while most GMs are calling around town these days, desperate to make a trade to improve their roster before the non-waiver deadline passes, Epstein is sitting and basking in the team he has already built. It won’t guarantee Chicago an NL pennant by any means, and Epstein knows this, but it sets the Cubs up as having the best chance of anyone at making the World Series. All other teams need some sort of help to get them there.

That leaves Epstein, alone in the stands, calling and gloating to anyone who will listen. This photograph is him making a phone call to St. Louis Cardinals general manager John Mozeliak, asking if he wants to trade for one of his extra bats that he can’t use, laughing, and then hanging up and calling Pirates general manager Neal Huntington.