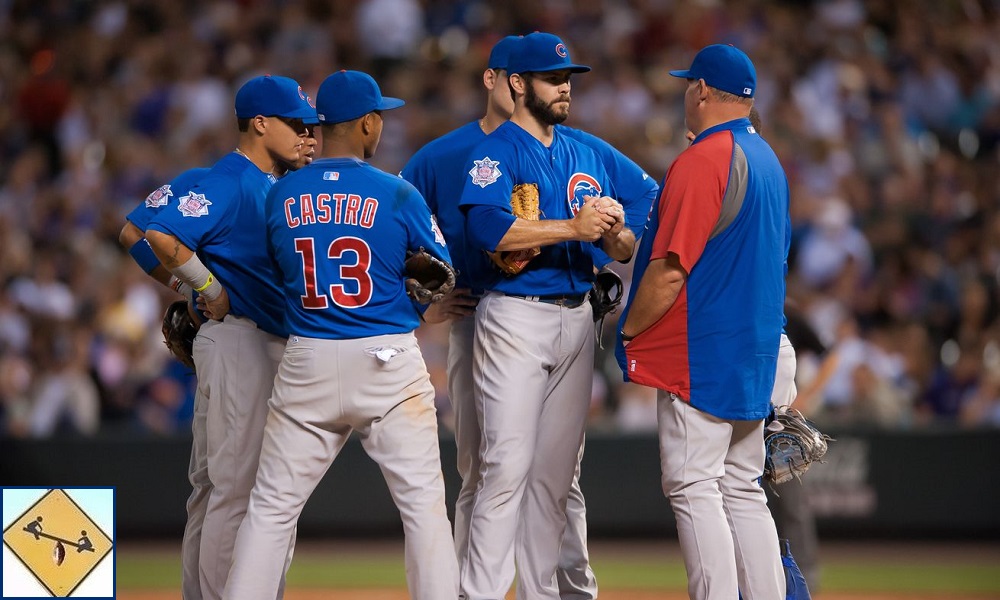 After two weeks of baseball the 2016 MLB season is full of surprises. Managers resting players, the Orioles winning a lot, and two teams eliminated from the playoffs. Is this all because of parity?

We are about two weeks into the Major League Baseball season, and a number of fascinating trends have developed. The Baltimore Orioles, projected by many to be the worst team in the AL East, are in first place in their division. The Houston Astros, projected by many to be the best team in the American League, are in last place in the AL West. The Minnesota Twins started 0-9 and then won three straight games. The Atlanta Braves ALSO started 0-9 and ALSO then won three straight games.

It’s too long of a season to care about any of these specifics, but they are interesting nonetheless. What else is interesting is what seems to be the massive increase in platoons this year around baseball. Whether because of metrics pointing out players’ deficiencies or a lack of everyday talent with the bat, it seems every team has a couple of guys that can’t play and won’t be played against certain opposing pitchers.

There are also a lot of guys being flat-out rested early in the year for no other reason than to keep them sharp. This includes All-Stars and young stars such as Paul Goldschmidt and Carlos Correa, among others. What’s that about? It’s still April and guys already need rest?

Our New York Yankees have been front and center for both of these trends. Brett Gardner and Didi Gregorius seem to sit against every lefty the Yankees face. Manager Joe Girardi has also given starts off to Alex Rodriguez, Carlos Beltran, Brian McCann and Mark Teixeira in the early going for no other reason than they are old. They are old, but what is being sacrificed by throwing out the likes of Dustin Ackley and Ronald Torreyes? It’s impossible to know for sure, which makes the job of a manager so tricky. He has to make decisions with just random possibilities in his mind as if sitting Rodriguez one day in April will give him that day back in August.

It’s too soon to make anything of the particular results that have happened in such instances which, again, makes being a manager and critiquing a manager so difficult.

For example, is Mike Matheny right to spell Kolten Wong against lefties in favor of Jedd Gyorko? The numbers say yes, but the numbers essentially mean nothing; it’s only been a handful of games. Over the course of his career, Wong hasn’t shown very much in the way of lefty/righty splits. But his at-bats against lefties have always been limited. It’s a chicken or the egg.

It feels like a cliché by now, but what stands out to me over two weeks of MLB games is parity. The Orioles may have the best record in the entire American League, but at 8-4 they are no more than 3.5 games up on any other team in the AL outside of the Twins. It’s a similar story in the National League, where the Nationals and Cubs stand a cut above the rest with nine wins a piece, yet both teams are at most 4 games up on the competition when you remove the Braves and Marlins from the discussion.

We have two front-runners and two bottom feeders in the NL, with one front-runner and one bottom feeder in the AL. While I expect the bottom feeders to remain on the bottom, despite the current win streaks by the Twins and Braves, I don’t think the top teams find much separation as the season wears on. Baltimore isn’t as good as the Royals. The Cubs are not far and away better than the Cardinals or Pirates. The only team that might keep building upon its cushion is Washington. With two of the worst teams in baseball residing in their division, the Nationals are going to win a lot of baseball games.

The more interesting trend is the one you alluded to, managers resting players and playing them based upon pitching matchups more than ever. I’m calling this parity at the micro level! Pitching is universally solid, as are batting lineups. The only way to garner an edge in a league full of parity is by benching guys who are not quite as good against the starting pitcher. This isn’t anything new, but its become even more critical as aging players are no longer out-right dominant at the plate. They can dominate their strengths, but get exploited otherwise. The Yankees are a perfect example of this growing phenomena.

I also believe, with the Yankees as an excellent example, that managers are acutely aware of how their teams fizzled in the playoffs the year prior because they wore down. The grind of a playoff push in September is unavoidable, but being as fresh as possible for two months of playoff level baseball is the goal. Teams are not locking up postseason spots in August, so September is no longer an option to rest guys in time for playoff baseball. This proved costly for the Yankees last season, among other teams, who hit a wall once October rolled around. Getting your players on a regular schedule of rest builds their longevity. I don’t care that its only April, playing everyday is hard. The NBA rests its guys throughout the year, and players often use the first month of the season to ease into things. Good basketball rarely begins until December. Yet baseball manages to come out of the gate swinging, with games all feeling super important. Perhaps MLB managers are learning the error of such a start for their team.

Die hard baseball junkies have preached the sport’s parity for years, but this is the season that mainstream sports fans take notice. Look at the MLB standings after two weeks and tell me who’s the best team. Is it Washington? They beat up on the worst teams in baseball (Braves, Marlins and Phillies). The Cubs feasted on equally average opponents. Even Baltimore started hot against the Twins and Rays. No record is safe. No team is a favorite. This is going to be a VERY long season and managers are already preparing for it.