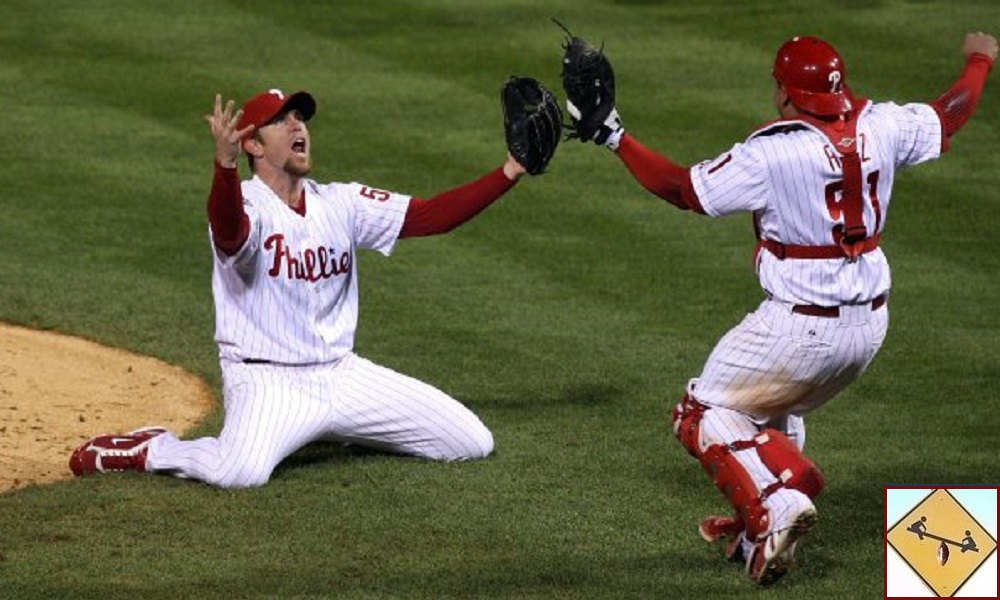 The 2016 MLB Season is only a month old, but watch out. Multiple teams are frauds, while only one has truly surprised us. Slow your roll Philadelphia. Hello Baltimore.

One month into the Major League Baseball season, what do we know for sure?

We know the Chicago Cubs are good; we know the Atlanta Braves are not. Is that it? Is there anything else we can be sure of at this point?

Based on record, the Houston Astros and New York Yankees are arguably the two worst teams in the American League. Their respective run differentials follow that argument as well. It’s uncanny how truly horrid the Yankees specifically have been. They can’t hit anything. They had a .189 team batting average with runners in scoring position heading into Sunday night’s game. Even with the starting pitching coming around, it hardly matters. This is exactly the point where the lineup needs an infusion of young energy such as Greg Bird would supply. Alas…

ALSO ON BUZZCHOMP: NFL Draft Round One Created Anarchy

The Chicago White Sox are in first place in their division. I had my eye on them to start the year as the best bargain bet in the AL, but I’m not sure even I believe their pitching is actually this good. I’m more inclined to believe in the pitching performances out of the Nationals and Mets in the NL. Those could both continue, pushing each into the league’s elite along with the Cubs.

What about the Phillies? Can they possibly be for real? Run differential says no, but the team seems to have figured out the back-end of its bullpen. St. Louis has the run differential that would point to a truly elite club, but it is floundering around .500, as is nearly ever team in the NL West. It’s just May, so it’s hard to want to change an opinion on a team with five months remaining in the year. On the other hand, it’s already May! One sixth of the season is in the books, with numbers that cannot be altered.

We don’t have to check in on the MLB standings every few weeks throughout the entire year, but it’s worth examining how teams are developing through the early going and whether they can make the necessary changes to keep success or end struggles. If not, this is when we catch a team that was supposed to be good as a fraud or a surprise success story.

It’s certainly a fool’s errand to keep weekly tabs on the MLB standings prior to late July, but with one month of baseball now complete, it’s the perfect time to nail down our frauds and successes. Very few teams are out of it and every season we find at least one team who tricked us all in April, whether with a really good or really bad record. That being said, I don’t believe any of our last place teams will find themselves in first by season’s end.

The Houston Astros are frauds. I was on the bandwagon entering the year, thinking they had the players to return to the postseason in 2016. Not so. Only two teams have a worse run differential than Houston, the Brewers and the Braves, two teams we knew would be bad this season. All three are in for long years. The Yankees are also in some trouble, but I’ll hold my tongue for our all out dissection of the team later this week. Minnesota is not a surprise in last place, but the Reds are also very bad and they are staying that way. Add Cincinnati to the list of frauds, because I thought they’d be good this year.

Can I call the entire NL West pretenders? The National League isn’t full of great teams, so every club muddling around a .500 record, including the entire NL West and the Cardinals, are not legit contenders. I don’t believe in Philadelphia either. In fact, there are no surprise teams in the National League. The four best teams are just as predicted right now, with Pittsburgh stealing that fourth spot from the Phillies because as I said, I don’t yet believe in Philadelphia.

The American League is a bit of a quagmire. The AL West is a slightly better version of the NL West, but equally as average to this point. I don’t believe in the dominance of the White Sox either. Only the Baltimore Orioles are a legit surprise to this point. They started the season as the hottest team in the league and ended April at 14-10, in a near tie for first place in the AL East. The team’s home and away records make me nervous, since they are significantly worse on the road, but if Baltimore brings its road record up to .500 and keeps dominating at home, they will be in the postseason. I’m surprised, but ready to jump on the bandwagon.