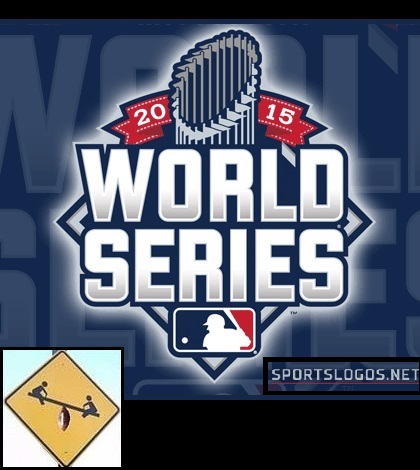 The American League recaptures the crown in our 2015 World Series predictions. Much love for west coast teams and an MLB youth movement define the season and its champion.

We’ve already discussed the teams we like and don’t like in each league for this Major League Baseball season. We picked all of our playoff teams. However, we stopped short of discussing the 2015 World Series. The season is just in its infancy; now is the time for that.

A team’s record through this point in the season hardly matters (although how bout those Colorado Rockies and Cincinnati Reds, my two NL wildcard teams!!) My picks to make the World Series are the same as they would’ve been two weeks ago.

Out of the AL, I like the Seattle Mariners.

They have the best combination of pitching, offense and defense in the American League. Their slow start doesn’t dissuade me considering, among other things, Hisashi Iwakuma is basically still in Spring Training mode on the mound because of his March injury.

In the NL, my World Series pick is the Los Angeles Dodgers.

The Washington Nationals and San Diego Padres may have dominated the offseason, but Los Angeles has the roster best suited for playoff success. The Dodgers can match Washington at the front end of the rotation and have a better offense, even if Adrian Gonzalez doesn’t continue hitting like peak-era Barry Bonds.

In the ultimate game itself, give me the Mariners to win the ring. Their one-two in the rotation can rival what LA throws out there. In a tight series, I like Robinson Cano’s chances to emerge as the best hitter on either squad. That could be enough to turn the tide and bring the championship back to the American League.

MLB team records at this point mean almost as little as injuries that will be gone by May. Yet a few slow starts have given me pause, in terms of my playoff picks. None have changed my World Series prediction, however, nor should they. How feeble is my prognostication that it can be swayed by a team’s first time through its rotation? It can’t.

We initially agreed on three of five NL playoff picks and two of five AL teams in the post season.

Out of the AL, I like the Los Angeles Angels.

The Angels are poised to get better and better as the season progresses, with or without Josh Hamilton. They have two top-tier pitchers at the front end of their rotation, and I expect one of the back-end guys to shine by late in the year. Add Huston Street in the closer spot and LA will be a tough out come the post season. They can put up runs with the best of them, behind Pujols and Trout, allowing a take down of top-level pitching throughout the AL playoffs.

Out of the NL, I like the Washington Nationals.

Nothing ground breaking about this pick, except that Washington finally puts it’s all together. The pitching staff is tailor-made for post season success and will easily dispatch the NL competition, shutting down the likes of the Dodgers and Cardinals. This is the year that Bryce Harper makes a big name for himself, pushing his team over the hump and into the World Series.

In the championship round I like the Angels winning the World Series, thirteen years since their last title. Mike Trout and Albert Pujols will be too much for the Nationals pitching staff over the course of the series. Jared Weaver becomes lights out, shutting down Bryce Harper, and Los Angeles wins the first of at least two titles in the Mike Trout era. The championship does indeed return to the American League.