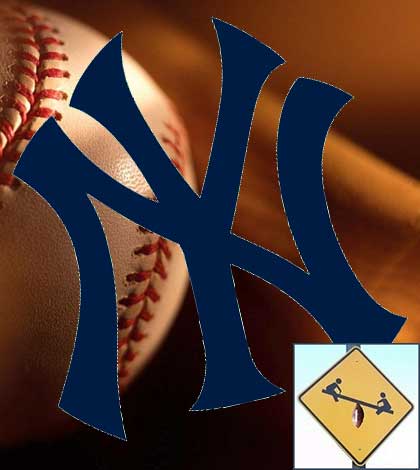 Will the 2015 New York Yankees be rebuilding? The MBL offseason is in high gear and high quality assets are moving, but will the Yankees be players? Their roster appears old and 2015 may be a year to forget.

[Part one – MLB offseason moves pile up the overreaction]

I would have been over the moon if the Yankees had traded for Josh Donaldson!

We’re on different sides of this equation. Dealing Donaldson now may have been a sell-high for Oakland. It may also have just been a sell. This was one of the five best players in the AL last season and the season before. In fact, according to Baseball-Reference, he was the third best player in all of baseball in 2014 and the fourth best player in 2013, regardless of league, regardless of position. He has great power at the hot corner and a good glove. He would be New York’s best hitter tomorrow if they did that deal instead (if they had anything the Athletics would have wanted).

However, with Toronto, he comes in and is arguably its third best player, maybe even fourth depending on how you feel about Jose Reyes. The Blue Jays are going to be good next season, no ifs, ands or reverse jinxes about it.

At this point, it appears as though Oakland is selling assets (although the A’s routinely toe the line between competing and rebuilding), and we know Atlanta is having a fire sale. I’m sure there are other franchises looking to makes moves during the winter meetings as well, besides the big-name free agents finding homes.

Where is the Yankees’ 2015 roster going to come from? Right now, they have…four everyday players that you trust? I believe in Gardner, Ellsbury, McCann and Prado, although none of them are world-beaters. I stretch to find a fifth. And I actually like the potential of the newly acquired Didi Gregorius at short. He’s an inexperienced player though who wasn’t able to fully claim the Diamondbacks’ starting shortstop spot last season. On the plus side, in this case inexperienced also means young. The Yankees have a young potential starter at an important position!

The New York Yankees will most likely be rebuilding in 2015. Its been on the horizon for quite some time and delayed for the last two seasons due to retirement parades for future hall of famers. It will be a fight for them to make the postseason and I’m excited for the scrum, without expecting success. I just hope Joe Girardi survives the season no matter what transpires. He’s doing great work and I want to see him develop some talent.

Acquiring Donaldson would have improved the Yankees, but would it have realistically made much difference? The acquisition of Gregorius on the other hand is exactly what the Yankees need. New York needs to infuse youth into their lineup to compliment a potentially strong rotation, and they had an obvious hole at shortstop. I love the other four men you mentioned, and I believe the fifth would be Alex Rodriguez. There is a chance he returns to the lineup at All-star level. He’s had a really long time to rest his old legs and has everything to prove. The comeback factor is bigger than you care to acknowledge.

I see an obvious hole in Right Field, with little depth to protect for injury and aging legs. Shortstop is currently an unknown, but youth is great, especially when replacing Jeter. And McCann, Ellsbury, Gardner, Prado, Rodriguez, Beltran, and Teixeira all have a history of high levels of success. It’s easy to write them off in a league moving farther away from the power game those hitters once represented, but the strength of the 2015 Yankees will be pitching and that’s a great thing.

I started this debate thinking the New York Yankees would be an afterthought in the 2015 playoff discussion and ended up talking myself into another solid season of success. Everything is riding on the health of the pitching staff, which scares the hell out of me. But I’ll be damned if I don’t love the rotation. When is the last time you could say that? The 2015 New York Yankees may be rebuilding, but only the Yankees can rebuild and still make the playoffs with swagger.