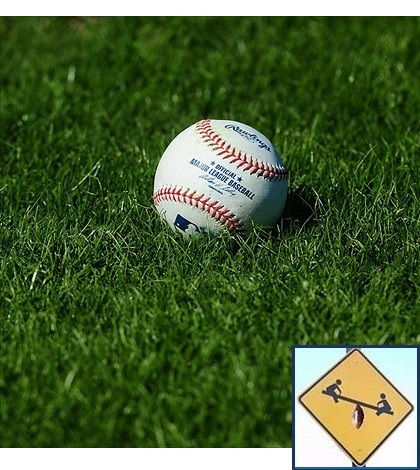 The MLB stretch run is upon us, and in the National League its all chalk, meaning both the Mets and Cubs make the postseason! This is real. It’s the 2015 MLB Playoffs.

We made a quick run through the American League earlier in the week and how teams are shaping up for the stretch run of the regular season, preparing for the playoffs. Now, it’s time to move on to the National League.

In the NL, starting out East, things have been crazy. The preseason darlings to run away and hide with the NL pennant, let alone the East division title, were the Washington Nationals. Instead of blowing out its competition, Washington will have to scrape by this final month just to get in the playoffs.

But it wasn’t even the sleeper Miami Marlins that overtook the Nats. The Marlins have been a bust. Instead, the New York Mets lead the way! Behind amazing pitching and a resurgent offensive attack since the trade deadline, the Mets are perhaps the biggest positive surprise in the league this year.

In the Central, things have followed a familiar storyline, even if the quality was a bit higher than expected. St. Louis is the top team, followed closely behind by both Pittsburgh and young Chicago. Ho hum…except these three teams are perhaps the top trio in all of baseball. All three look like they will find a way into the postseason. It’s a good year to have that added wildcard spot.

Out West, the offseason spenders in San Diego busted, crashed then burned. Otherwise, not much is out of the ordinary. Los Angeles has ventured over a $300 million payroll to secure its playoff berth while San Francisco continues to hang around with what always appears to be a lackluster roster.

The NL has much more firepower this season than the AL in terms of winning ball clubs separating themselves from the pack. But partly because of that, much of the playoff suspense will not be found here in the National League.

Barring a complete meltdown, all three National League divisions appear wrapped up. The Mets and Dodgers each lead by 6.5 games (as of 9/3), while the Cardinals are ahead by 6 games in the Central. New York is a big time surprise, considering they’ve done all their winning without arguably their top offensive weapon in David Wright. He’s just now getting back onto the field, just in time for the playoffs.

Unfortunately for baseball fans, the wildcard race isn’t much better in the National League. Both Pittsburgh and Chicago have a firm hold on their wildcard berths, as the Pirates are 4.5 games ahead of Chicago, and the Cubs are 6.5 games ahead of the next closest team. Yet its the two clubs sitting 6.5 and 8 games back in this race that will make for some exciting baseball.

The defending World Series champs, the San Francisco Giants, have been known to find miracles in September. Yet if they are to make the postseason, its likely by overtaking the Dodgers, rather than the Cubs. Being 6.5 games back of each puts them in a better position to win the division than otherwise. Its a real long shot, but not out of the question for the Giants.

Our other club still in contention is the Washington Nationals, 8 games back in the wildcard and 6.5 back in the division. They too have a better shot of winning the NL East than a wildcard spot, and I don’t see it happening. Big expectations have become a big load of nothing, and the axe will fall in DC this fall. The Nationals are not overtaking the Mets, and catching Pittsburgh or Chicago seems unlikely with fewer than 30 games to go in the season.

I think the postseason picture stays put through the final month of the season. This means the Mets and Cubs will be playing October baseball. Who predicted that back in April? Be honest. I’m also happy to see the Dodgers, Cardinals, and Pirates back on the big stage. Pittsburgh is especially fun to watch and root for. It’s too bad that they’ll likely face Chicago in the one game wildcard. I want both teams to advance.