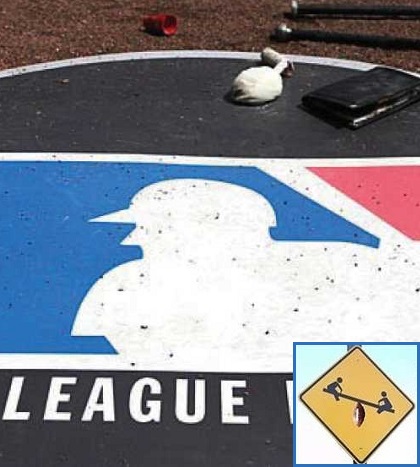 The MLB stretch run is upon us, and in the American League there’s a major fight for division titles and wildcard spots. Seven teams can make it, but only five will celebrate entry into the 2015 MLB Playoffs.

Let’s take a run through each league and discuss what has stuck out to us, starting with the American League.

In the East, Boston has been a disaster despite preseason thoughts that it might make the coveted worst-to-first move again this season. New York has been a pleasant surprise both in terms of offensive production and overall health. The Yankees bullpen has also been great. It remains to be seen if they will have enough left in the tank to hold off the Toronto Blue Jays though for the division title.

In the Central, Kansas City has dominated everybody while all of Detroit, Cleveland and Chicago have fallen short of expectations. They all weren’t going to make the playoffs but talent and offseason activity hinted that the trio might all be competing for it. Instead, none are and Minnesota has vaulted into the discussion instead.

The Twins’ success is still inexplicable even this late in the year. They don’t have a great offense; their pitching isn’t anything special; they don’t play well on the road. None of it adds up yet the team is making things interesting.

The same goes for Texas out West. The Rangers fit the same bill and have overtaken the disappointing Angels and the disastrous Mariners to challenge Houston down the final month of the season.

Houston itself has been a wonderful story of a young team developing and performing way ahead of any reasonable schedule. It would be hard to back them in full force for the playoffs with such a young core of inexperienced players, but the Astros are easily the top surprise story of the American League.

The American League is positioning itself for some incredible baseball to close out the season. Two of the three divisions are close, and the Wildcard race is still a dogfight. Yet the top teams appear set, and that includes both clubs in the AL East.

The East has exceeded expectations this season, but in ways most baseball fans never imagined. I never imagined the Red Sox (14 games back) and Orioles (11 games back) would be so bad. I never imagined the Blue Jays (18 games over .500) and Yankees (15 games over .500) would be this good. Both Toronto and New York are postseason locks, and it appears the Blue Jays (currently 1.5 games ahead) will hold on to win the division. The Yankees may have scored 20 runs yesterday, but Toronto is 8-2 in its last ten games and is refusing to lose.

The AL Central is the least interesting of all the divisions. Sitting 13 games back, the Twins are not in contention for this division. It’s the Kansas City Royals house, and several other bad baseball teams are squatting in the backyard. What happened to the White Sox, an overwhelming preseason favorite to win this division? I’d rag on Chicago more, but the Detroit Tigers are barely a game ahead of Oakland for worst record in the league. Kansas City is the real story, however. I was surprised at their run to the World Series last season, but teams do that. Everything clicks, and they make a run deep in the postseason. The bigger story is the Royals’ ability to repeat their dominance in 2015. They are owning the AL Central, and the league. Last year was no fluke.

Out West we have our most ‘competitive’ division, with three teams still in contention for postseason play. Yet its hard to take either the Angels or Rangers seriously, as they volleyed back and forth so dramatically over the course of the year. Houston holds on and wins the AL West, in what is a complete shock to me. I liked Los Angeles entering the season, and still believe they are the team that makes a run to win the final AL wildcard spot. But damn, the Astros have handed it to them.

It comes down to the Twins, Rangers, and Angels for the final AL Wildcard spot. The first belongs to New York. I don’t think Minnesota has enough to hold off the competition. They overachieved all season, and eventually their luck will even out. I’m picking the Angels here, simple because it’s who I want to win. I want to see the Angels versus Yankees in the Wildcard round. But really, does it matter? None of these final wildcard teams are good enough to overtake the top of the American League.