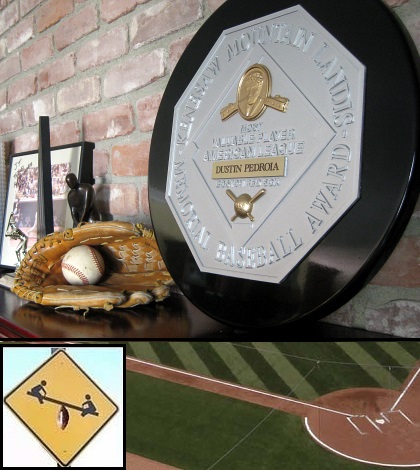 With the Cubs, Mets, and Astros all shocking baseball, the Manager of the Year award is a guaranteed snub. At the least the Cy Young winners are a slam dunk… or not. 2015 MLB Awards are all debate.

Leaning towards Zack Greinke to take home the NL Cy Young isn’t wrong. Both he and Jake Arrieta have been special. The only thing is Greinke’s teammate Clayton Kershaw may have thoughts on limiting this to just a two-person race.

Kershaw now leads the league with 294 strikeouts. It’s the highest mark anyone has reached since Randy Johnson topped 300 over a decade ago. Kershaw also leads qualified pitchers in innings, K/9 and FIP, the latter two being the darlings of advance pitching metrics. I don’t think you could go wrong with giving the award to any of the three guys at this point.

As for Rookie of the Year and Coach of the Year winners, the results are a bit more straight forward, although not by much. There have simply been a ton of close races this year across both leagues.

AL Rookie of the Year comes down to two shortstops, Houston’s Carlos Correa and Cleveland’s Francisco Lindor. Lindor has the slightest of edges in overall value thanks to his defensive prowess, but I think Correa takes this one. He has the big body and big bat. He also took the league by storm when he was first called up, slugging over .540 each of his first two months in the Bigs. Lindor simmered for a while and has come on strong as of late, propelling the Indians back into the playoff picture, but Correa is probably the pick.

NL Rookie of the Year likely goes to Kris Bryant. Everyone else who was competing with him for the award has fallen off and/or gotten hurt. Bryant has been incredible anyway though and has had one of the preeminent rookie seasons in some time.

Picking the Coaches of the Year usually comes down to overachieving. The award is not given to the best pure coach because a) we don’t really know what that means and b) we think a coach is more valuable if he makes a suspect team good over having his great team play great.

In the AL, Ned Yost and A.J. Hinch probably lost the award by having their respective clubs scuffle here in the season’s final weeks. Jeff Bannister of the Rangers is interesting, but he has flown under the radar so much all year that I had to look up what his name even was. I think Toronto’s John Gibbons wins the award.

The NL winner is going to be New York’s Terry Collins; it just has to be, right? The Mets have so overachieved that no one gave them a chance in hell to make the playoffs this year, let alone top the Nationals to win the NL East. Any of the NL Central’s top three would be plausible selections, including perhaps the actual best coach every year, Chicago’s Joe Maddon, but I think Collins takes the hardware.

I’m happy to agree on the future Cy Young winner. As I said on Monday, its Greinke’s to lose simply because he’s been great all season. Both Kershaw and Arrieta have turned it on since the All-Star Break and certainly have earned themselves the trophy in any other season. But I just don’t see it this year.

In terms of Rookie of the Year honors, I only wish Greg Bird of the New York Yankees got called up sooner. He was great in August and September, and is an early candidate for ROY honors next season. However, you’re spot on in terms of the 2015 award. I believe Houston’s shortstop takes it as well, mainly because the Astros might make the postseason. If they fall short, it hurts Correa in my opinion. But either way, he and Houston made a lot of noise when they weren’t supposed to.

The Most interesting awards on the table are MLB Manager of the Year. It seems Joe Maddon could win this thing every season, and he’s earned it again with the Chicago Cubs. However, as you noted the New York Mets are the true Cinderella story in the National League. It would be a shame if their manager Terry Collins did not win. Taking down the Washington Nationals, everyone’s Spring Training pick to win the World Series, and capturing the NL East division crown was no easy task. New York has been great, and Collins deserves a lot of credit.

I’m a bit torn in the American League, where the Blue Jays have certainly been impressive. Maybe its my Yankees bias, but I’m just not convinced John Gibbons is the right manager to win this award. You noted the “great teams playing great” philosophy working against managers, and I think this is the case here with Gibbons. The Blue Jays have been projected to be dominant for several years now, and finally lived up to the hype, actually surpassing it in many regards this season. However, if the Houston Astros make the postseason, I believe their manager A.J. Hinch deserves to win.

Its true that if Houston falls short of the playoffs, their manager likely loses consideration for an award. Although unfair, its how the story usually goes. Joe Girardi of the Yankees has also done a tremendous job of getting an awful lot out of an otherwise old and average ballclub. But because its New York, and expectations are always high, he too will not be in the running this season.