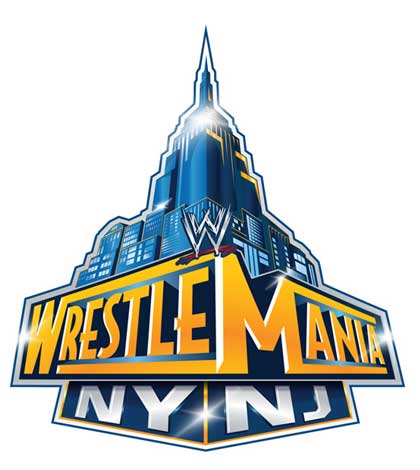 Hi everyone. I figured spring break would probably be a good time to write my first post since I have an abundance of time. It couldn’t have come at a better week, considering that Wrestlemania 29 is just around the corner. I have some mixed thoughts about the card, but overall I am excited about the show and I hope it exceeds my expectations. Let’s take a look at the card shall we?

1. The Rock(c) vs. John Cena for the WWE Championship – Last year’s match being billed “Once in a Lifetime” aside, the problem with this year’s version is that I’m not convinced that it will be the masterpiece that it needs to be. The Rock isn’t in as good of shape as he needs to be, and if Rock and Punk couldn’t quite click, I don’t see how Rock and Cena can be better. It doesn’t help that the buildu0p hasn’t been very interesting either. That all being said, the match has potential to be very memorable, if not technically sound. Cena is likely to be booed out of the building, and maybe all fanboy dreams will come true and Cena will turn heel. Given everything that has happened the past couple of years, I would be utterly shocked if Cena didn’t win this time.

2. Alberto Del Rio(c) w/Ricardo Rodriguez vs. Jack Swagger w/Zeb Colter for the World Heavyweight Championship – The WHC has had the misfortune of opening the show the last 2 years and I hope that isn’t the case this year. Then again, as long as the match is longer than 18 seconds  it’ll automatically be better than last year. I have faith that Swagger and Del Rio will put on a good show. Both men have great ring work and I think their styles will mesh well. The buildup isn’t as strong as it could have been, with Del Rio’s face-turn and Jack Swagger’s push coming out of nowhere, but I think the WWE has done as good of a job with both men as it could have given the circumstances. With Swagger’s recent arrest, I believe that Del Rio will win this one.

3. The Undertaker vs. CM Punk – This match will be the main event for me. I am a huge CM Punk fan, and who doesn’t love the Undertaker? I think this match has had the best build-up, although it is unfortunate that it needed Paul Bearer’s death to reach its heights. I’m not going to get into the appropriateness of the storyline, but I will say that the parties involved made the most of it. With how strong the story has been, my only disappointment now is that there is seemingly no way the Undertaker will lose this match. With all the terrible things Punk has done, Taker pretty much has to get revenge here. Still, we will probably see the match of the night here. I’ll just be sad to see Punk lose his 4th high profile match in a row.

4. Sheamus, Randy Orton, and Big Show vs. The Shield – It’s been a roller coaster year for the new boys of the Shield. While their matches have been great, their TV time has been pretty yawn-inducing. I expect this match to be exciting and well put together. Despite being “new”, the Shield have shown, at least in tag matches, that they can hang with the best. A few different scenarios exist here. The Shield could finally lose, which I hope doesn’t happen since they need to stay strong. If the Shield does win, what will be the reason? Will it be clean? Will it be due to Big Show or Orton turning heel? I predict the Shield going over and Orton finally turning heel like he’s wanted.

5. Ryback vs. Mark Henry – Not much to say about this one. The build has been ho-hum, and neither man is a very good worker. I expect Ryback to regain his push in a match that will hopefully have a good flow and see some good power moves.

6. Team Hell No(c) vs Dolph Ziggler and Big E Langston w/AJ for the WWE Tag Team Championships – This is another match that should be very exciting. Daniel Bryan and Ziggler in the ring together should already equate to magic. Team Hell No had its very humorous run, and I think it’s time for them to move on. I predict Ziggler and Langston to become the new champs, and maybe for Ziggler to finally cash in to start his overdue run at the top as a double champion.

7. Triple H vs. Brock Lesnar in a No-Holds-Barred Match with Triple H’s career on the line – I’m feeling pretty underwhelmed about this one. Triple H’s wrestling time is already minimal, so is the career stipulation all that meaningful? Even with that aside, Lesnar’s matches since his return have not been great. I don’t mind the MMA elements he brings, but I do mind that all of his matches thus far have been 20 minutes of the good guy getting beat up. I’m hoping for a more back and forth match, in an effort to make it different from their bout at Summerslam. Before the career stipulation, I would have been dead set on Triple H getting his win, but now I’m not as certain. Maybe it’ll finally be his time to become an office man. If you were to force me to guess, I’d still predict Triple H.

8. Chris Jericho vs. Fandango – I’ll be happy as long as Jericho wins. It’s a guarantee that Jericho will carry this match and make the unproven Fandango look good. The only question becomes, will Fandango make the best use of this opportunity? I’ve read that Johnny Curtis was excellent in NXT, but I’ll reserve judgement until after the match. Still, I wish Jericho were in a more high profile match.

9. Tons of Funk and the Funkadactyls vs. Team Rhodes Scholars and the Bella Twins – Why are Rhodes and Sandow in such a terrible position in the WWE all of a sudden? Each man is very gifted and deserve to be in the spotlight. My only hope is that they win a match where everyone is likely to be in the bathroom or buying something.

10. Wade Barrett(c) vs. The Miz for the Intercontinental Championship in the Pre-Show – Here are 2 more guys that deserve a better spot. Both men have been trying hard, but aren’t totally catching on with the fans. They should be able to put on a good match together and hopefully get the people energized. This one is hard to call for me. I’d predict Wade retaining, but Miz has been losing a heck of a lot lately. I’ll go out on a limb and predict a new Intercontinental Champion.

-There has supposedly been some talk of adding Kaitlyn vs AJ for the Divas Championship. While I would enjoy seeing the match, I just can’t imagine there being any time for it in an already crowded card.

-There may supposedly be some sort of multi-man match added to the pre-show so that all talents can be involved. I doubt it would be that entertaining, but good for WWE for not leaving anyone out if this ends up being true.

Whew. So does this sound like a show you would want to order? Do you have any insight you’d like to offer? I’d love to hear some feedback. Out of 10 matches, I’m look forward to 5 of them, which isn’t too bad. Actually, that is pretty bad, but not surprising given most of WWE’s PPVs. I’ll post again with my thoughts on the show. Take care all you wrestling fans!