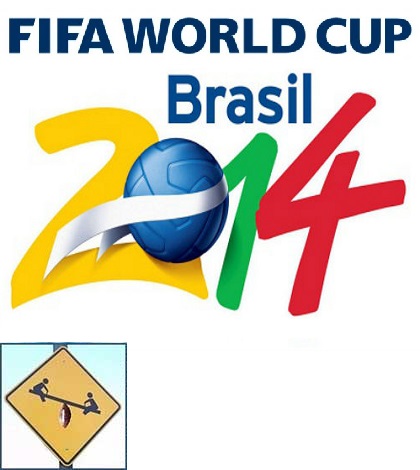 [Part one – A bandwagon worth joining]

The coach of the United States’ team for the World Cup, Jurgen Klinsmann, came out and said he doesn’t think the US team can win the tournament. This story has been a bit blown out of proportion and is the victim of some misleading headlines in stories. He actually said it would be unrealistic to expect the team to win it all…which is true. He also isn’t a native American speaker and it’s possible he meant that line as innocently as if someone had said they were the underdogs going in.

Nevertheless, the American media has run with it. For a long while, I hadn’t even heard anything further than “Klinsmann says US can’t win!” While the coach’s intention may have been a bit different, the story was already set.

There are two ways to go from here if you are the US team members. In American professional sports, the storylines would swell almost immediately following Klinsmann’s words. “No one believes in the USA players, not even their own coach! It’s them against the world, literally!” They could have a players-only meeting, discussing how no one believes in them outside of their own locker room. Being the underdogs, they could catch people off guard and surprise the nation, then the world.

Of course, having your coach say it is unrealistic for you guys to win could also be pretty demoralizing. Before every professional season, every fan base has the belief that this is their year. Before game one, everyone has the same record and the same chances. You don’t want your head man throwing in the towel before the first match even takes places. And besides, the USA soccer team is always an underdog on the world stage. That isn’t any extra motivation for them.

So if winning is unrealistic, what’s a realistic success story for America in the 2014 World Cup? There is no Landon Donovan. In fact, there’s only three or four players on the squad that casual fans have even heard of. Supposedly placed in a very tough group, is winning a match a moral victory since advancing past their group seems far-fetched?

And if that’s the case, why is this such a bandwagon event for the USA in the first place? This was the real long way to bring me back to the Olympics. Americans love jumping on the Olympic bandwagon because we always do awesome! It’s fun to root for winners. Jumping on the World Cup bandwagon is something else. It’s masochistic.

Nothing like some Friday morning masochism to get the blood going. I have some specific lines to draw in regards to USA success in the 2014 World Cup, so let me first put a stake in the bandwagon debate. We all love to jump on the Olympic bandwagon for national pride, and as you noted, because our athletes kick major rear end. But if we just performed slightly above average, winning mostly bronze medals for example, the bandwagon would still be there. National pride is a powerful thing.

This is where the World Cup bandwagon really comes from in this country. America is a country full of immigrants. Whether or not you as an American were born here, or if your parents were born on American soil, every one of us knows which generation of our family came to this country and from where. The Italian blooded Americans are now Italian soccer fans for the World Cup. Mexican Americans are Mexican soccer fans and so forth. Those of us who rarely relate to our heritage, beyond being an American, can not only jump on the USA bandwagon in the World Cup, but also on the bandwagon of a team representing our heritage country. And guess what? There’s a damn good chance that country has a better team to root for than team USA. Many Americans have two teams to root for in the World Cup, or even three or four teams depending on how thin your heritage stretches. This World Cup bandwagon is not simply for team USA, but for the games themselves.

We may not be huge soccer fans in this country, but tons of us are thrilled to be futbol fans for a month spanning June and July. Especially those people out there who don’t like baseball (I know crazy, right?). After the NBA and NHL finals end this week, there is the MLB and World Cup to compete for our viewing pleasure. Score!

So what makes this World Cup a success for team USA? That’s an easy question to answer, even if it’s a hard thing to accomplish. Our American futbol team must advance out of its group. With Germany, Ghana, and Portugal to compete with, this will be a hard road to climb. But winning a single match? Are you freaking kidding me? I don’t care how much better the other teams are than team USA, moral victories are for chumps. The American coach may have lowered expectations down to nothing, but that doesn’t all of a sudden make us a country full of losers.

Americans expect victory and as an American I expect at least a win or two in the World Cup. But even winning one game would be nothing to celebrate. Success can be claimed upon advancing out of Group G for team USA. If it doesn’t happen, well then expectations were met, but I won’t be happy about it.

[If you missed Part one – A bandwagon worth joining]