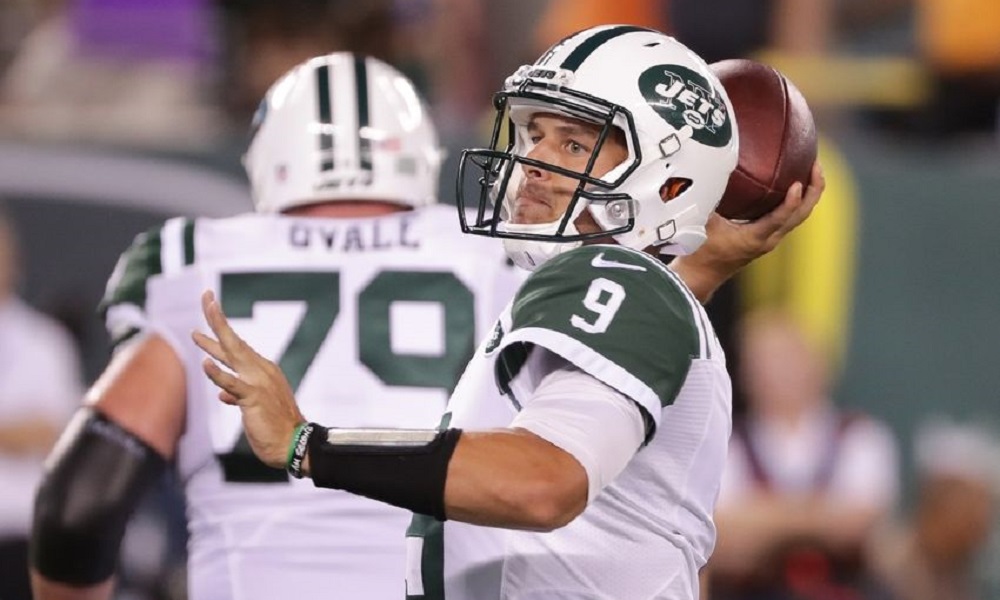 Its happening again for the New York Jets. Geno Smith went out hurt and Ryan Fitzpatrick stepped in. But that narrative is dead and gone. Time to promote Bryce Petty once and for all.

When I wrote last week about déjà vu with Geno Smith at quarterback, I had no idea how right I was about to be. Not only was Smith once again the starting quarterback, but he got injured as such and is now gone for the season. This time with a torn ACL that is more tragedy than karma, Smith was replaced by Ryan Fitzpatrick who became the New York Jets starting quarterback by default, leading the team to victory over the Baltimore Ravens. Has anyone else had enough of this played out story?

When Fitzpatrick took over for Smith in 2015 it was a breath of fresh air. He breathed life into a franchise struggling for an identity. He replaced a player who was not well liked and who quite literally caused his own undoing. Fitzpatrick went on to have the best season of his career. But round two of this narrative is quite different, so don’t think the ending will be anywhere near the same. Fitzpatrick began 2016 as the starter and played himself out of a job. Geno Smith took over as the savior of sorts and was doing a fine job until he tore his ACL after less than a half of football. Back comes Fitzpatrick to save the day, except this time he was not particularly gracious about it.

The last thing the New York Jets should do is reward a player for bad behavior. Fitzpatrick was benched and rightfully so. He was needed as the backup quarterback, but instead of taking the high road and being grateful for the opportunity to once again save New York, he instead ripped his coaches and his bosses for benching him in the first place. Does he realize that the Jets have two other quarterbacks on their roster? While Bilal Powell is not the most ideal option, apparently he too can toss the rock when necessary (Powell became the backup against Baltimore). Enough of this garbage and of Fitzpatrick’s garbage season. Promote Bryce Petty to starting quarterback.

The Jets enter a relatively easy stretch of their season, one that can still be salvaged. The AFC is a cluster of 3-4 and 4-3 teams, putting Gang Green within shouting distance of the herd at 2-5 and a record of 1-0 in their division. New York looked like a new team against the Ravens, due to a new fire on defense and the Jets finally going big on offense when running the football. They finally brought in the tight ends and extra blockers to run the ball and Matt Forte had an exceptional afternoon. That was no coincidence. In the end the quarterback had little to do with the Jets’ victory, outside of not turning the ball over.

I want to see what Bryce Petty has. Is he the next Tom Brady, coming from nowhere to shock the league, or the next Brady Quinn who can’t hold down a backup job to save his career? We don’t know. What we do know is that Fitzpatrick leads the league in interceptions, even after throwing none in week 7. He lost the offense and lost his confidence. He likely lost the team too, after going all “I told you so” in the media after the victory. I was ready to move on and I still am.

Petty is not a rookie quarterback. He looked solid in the preseason and can certainly hand the ball off and make smart decisions. Its unclear whether he can lead a game winning drive, but giving him an opportunity against the winless Cleveland Browns makes a lot of sense. He’s unlikely to hurt the team in such a game, one in which the Jets should completely out-muscle their opponent.