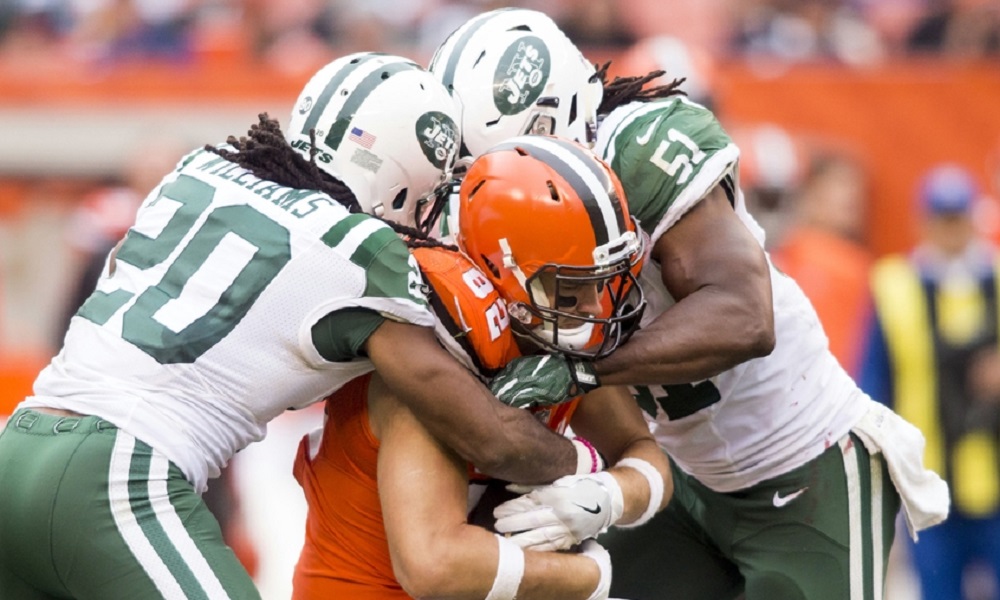 Gritty is the best word to describe the New York Jets winning streak, as the team breaths life into its dying season. Can they pull off a full 180?

We are halfway through the 2016 NFL season and our New York Jets aren’t dead yet. That’s probably the nicest thing one can say about this football team. After two solid weeks to open the year, Gang Green became a shell of its potential. Then two gritty wins against desperate opponents followed and the Jets are merely one game behind the pack in the AFC. Granted this pack of teams are all outside of the postseason at the midway point, but to still be a contender is an accomplishment for New York.

I won’t take anything away from their latest victory. The Jets played gritty football. They didn’t give up on themselves or the game, holding on for the win on the road. In the process New York has developed its 2016 identity and its winning formula. The team had a different identity to start the year, but injuries and opponents change even the best of plans. Now the Jets are truly a run-first offense, with a defense made to bend but not break. They grind down opponents, keeping the game close but in their own control. This has been their winning formula the last two weeks. Is it enough to complete the full rebound on the year?

We know this style of football works and can even win championships. We also know that if the Jets are able to stick with it, they also have a secret weapon in their offense to keep opponents off balance. The Jets wide receivers are really good, but the chemistry with Ryan Fitzpatrick isn’t all there. More importantly, opponents are not scared of anyone not named Brandon Marshall and it shows. This gives the Jets two developing threats to balance the run game. Quincy Enunwa and Robby Anderson are filling the hole left by Eric Decker admirably and Fitz is finally getting his timing down with the duo. Less is more in the Jets passing game. Fitzpatrick needs to slow the game down and protect the football.

Play action and the draw play worked great against Cleveland. Matt Forte and Bilal Powell nearly split carries evenly and both players dominated. A similar bruising approach should be used in every game left on the schedule. It wears down opponents and eats up clock. It forces the defense to respect the run and expect the run, creating extra separation for New York’s receivers. I like what I’m seeing from Fitzpatrick now as well. Playing with a chip on his shoulder is a good look for Fitz, but he still must fight the urge to force plays and press. The Jets do not need him to win football games. They simply need him to not throw games away and to pick up third downs.

New York should see continued success on offense over the coming weeks. Miami and Los Angeles have each shown flashes, but neither team has consistently shut down opponents. The final question which determines the true path of the 2016 Jets is whether the defense can continue to bend, but stop itself from breaking.

Twenty first half points by the Browns is unacceptable. But a mere seven second half points, all in garbage time, was great. The Jets have played excellent second half defense overall, but opponents have come at them hard and fast to start games. New York’s weakness is obvious and its secondary continues to hurt them week after week. Opponents are going for the throat early, throwing right at the Jets’ secondary and winning the battles. I’d like to see some more creativity in coverage to start games and more deception with blitzes. I also don’t want to see New York’s linebackers dropping into coverage, because it hasn’t worked.

Teams know they can’t run against the Jets, so they aren’t. New York must recognize this obvious favor by opposing offenses. Man coverage is not working. Play more zone and double teams. Add an extra defensive back if necessary. Bolster this weakness early in games and the defense will get more sacks, more pressure on the quarterback and create more turnovers. It’s truly that simple.


The Jets winning formula excites me. It’s what I thought this team should be with Matt Forte. Last year’s success blinded the coaching staff to the reality of this year’s crop of players. Once the coaches and the players stopped trying to force themselves into last season’s box, New York began to click with confidence and win football games. I’m not sure the Jets catch the likes of Denver and Kansas City for a wildcard berth, but a .500 record at their bye week is within reach. Respectability is within reach.