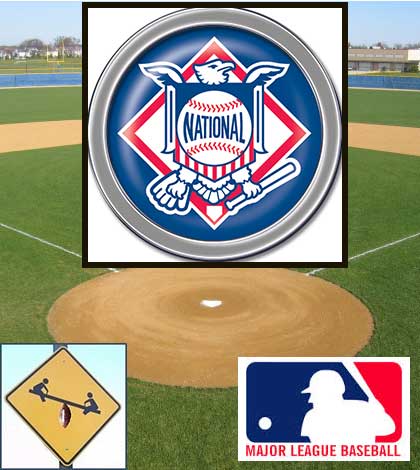 [Part one – The American League]

In the National League we’ve had some surprising success so far this season. The Miami Marlins and Milwaukee Brewers are destroying preseason predictions. Both teams were expected to be terrible. Instead, Miami has the best run differential in the East and Milwaukee has the best record in the Central. I personally think both are fluky and both teams will start to fall back down the standings. The Brewers already have, losing five of ten, but Miami is definitely more interesting.

The Marlins’ incredible run differential would usually be evidence of a team on the upswing, since they are only 28-25 on the year. However, those 28 wins are made up of a number of large blowouts, inflating the figure, and their best pitcher is gone for the season. No matter how good Giancarlo Stanton is at bat, he doesn’t win games.

Out West, I would say San Francisco is a surprise to this point, but I picked them to win that division back in March.

Colorado is still interesting out west though. With the best offense in the league and the second best run differential in the NL, things are looking up. Of course, the Rockies are just 12-18 on the road. I think that record may be more indicative of their abilities than the 16-7 mark at home.

The Brewers and Giants have both surprised me this season and both sit atop their respective divisions. What’s most surprising is that both teams are winning on the road, which gives them staying power in my book. I’d be shocked if both hold on to win their divisions, but considering San Francisco’s pitching and the lack of depth in the NL Central for Milwaukee to compete with, one of them will hang on.

As for your other two notable positives in the Miami Marlins and Colorado Rockies, enjoy this fleeting moment of surprise success. A closer look at both divisions shows the truth. Miami is a half game behind Atlanta for the division lead, but only 3.5 games up on the Mets and Philadelphia who are tied for last place. That division is anyone’s to lose at this point. I’d keep my money on the Braves. In the west Colorado is fighting its tail off to keep pace with the Dodgers for second in the division. But you called it, their road record is more reality than how they’ve played so far at home.

You had all this love to throw around, but where’s the hate and disappointment? The NL East is a mediocre hodgepodge as expected and although the Dodgers are 5.5 games out in the West, I’m not shocked to see San Francisco ahead of them. What has really shocked me so far is the downfall of the NL Central. What happened to the Pirates, Reds, and Cardinals? At least St. Louis is above .500, but Cincinnati and Pittsburgh have looked awful. Neither team is winning on the road and the Reds are not evening winning at home. Pittsburgh has turned a corner, winning six of its last ten, but they are smearing brown all over my pre-season predictions and last season’s success.

One final National League thought falls into the business as usual category. The Chicago Cubs have settled nicely into their last place seat on the couch, finding that welcome butt print from season’s past and reaffirming its fit upon the organization. At 11.5 games out of first place and the worst record in the league, Chicago fans need a hug.

[If you missed Part one – The American League]