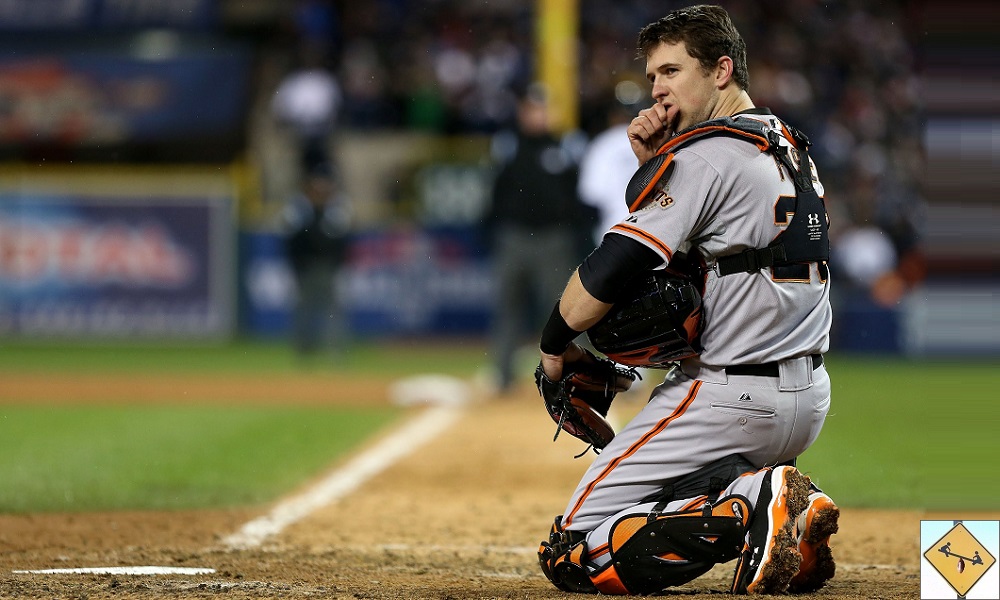 We debated the top three teams in the National League, but what about the rest of the playoff field? These are your NL Wildcard teams this season. Many options, but only two winners. Your MLB Predictions 2018.

We agree that the Los Angeles Dodges, Chicago Cubs, and Washington Nationals are good bets to make the postseason. Their standing as certain division winners is up for grabs though. We must now complete our MLB Predictions 2018 with some NL Wildcard picks. You sited the San Francisco Giants as potential usurpers of the NL West crown. I am dubious of this pick considering the massive injuries at starting pitcher. Without Madison Bumgarner and Jeff Samardzija, and even closer Mark Melancon, I don’t see the roster picking up the slack. The even-year magic is a thing only in the sense that it happened in the past. I would be surprised if SF makes the postseason, let alone wins the West.

My two remaining picks for the National League postseason actually stem from what appears to be a weakening of the middle of this league. San Francisco would be a viable selection if healthy. Milwaukee would be in the discussion if it wasn’t two starting pitchers short of a rotation. The Mets would be here too if the same thing wasn’t the case. Philadelphia is a year away still. Colorado is interesting but not a contender. The teams with the least amount of faults are the Arizona Diamondbacks – no surprise after their 2017 – and the St. Louis Cardinals.

Arizona feels one bat short of a great team after J.D. Martinez departed, but enough offense remains to carry it to the high 80s in wins. Under-the-radar players like Jake Lamb, David Peralta, and the currently injured Steven Souza litter this roster. As for St. Louis, this was the team with the best run differential of any non-playoff team last season. It has a loaded outfield, depth batters, and young pitchers coming up to shore up the rotation. The late Greg Holland signing was a winner as well, fortifying the pecking order in a crowded bullpen. It might even be a good thing that Adam Wainwright is on the DL if someone like Jack Flaherty can establish himself as a rotation regular. The second wildcard is not normally a great team. There was a reason a team in this spot had never garnered a playoff berth before a couple of seasons ago. I think St. Louis changes that rhetoric for ’18 though. This full top five will be worthy.

I love what Arizona is building and despite the departure of Martinez, I still believe this is a playoff team in 2018. The Diamondbacks are better than the majority of the National League, while remaining a step behind the top three teams. I’m having deja vu. What will change from our playoff picture of a season ago?

Your Cardinals pick makes a lot of sense. St. Louis has been good for a very long time and was oh so close to reaching the postseason in 2017. But nothing about their roster makes me take pause, or screams improvement. Call it a hunch, because the middle of the National League will be a cluster of 80 win teams fighting for the final wildcard spot, but I believe the Cardinals miss the playoffs yet again in 2018. The Rockies will miss as well, coming up a few wins short. This leaves Milwaukee, the New York Mets, and the San Francisco Giants in the mix for the final spot.

Personally, I’ll be rooting for the Brewers to make the playoffs. They had a great year last season, but came up one game short. Yet, I do not foresee them getting it done in 2018. The Mets are a fun pick, but health has been an issue for New York. When one or two wins is the deciding factor, I’m not favoring a team that keeps losing its best players for chunks of each season. Ultimately I’m standing by my sleeper pick from earlier, tabbing San Francisco as the final 2018 NL playoff team. They were dead last in the National League in 2017, making their rise to fifth a huge leap. The NL West was the best division a season ago. That will not change in 2018. Three teams once again make the playoffs from the west, with one change in representation. Those are my MLB Predictions 2018 for the National League playoffs.