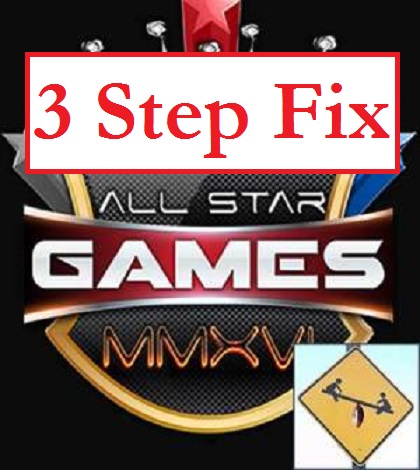 Fans have taken control of the NHL All-Star game, but they aren’t solving the problem. A three step Fix to the 2016 All Star Games begins with a committee and ends with great games.

The point of what hockey fans are doing with the NHL All-Star Game by voting in John Scott is to point out exactly what you criticized them for in last week’s debate. They want to prove that the current All-Star game is a sham and force some kind of change; or at least have fun until something is changed. I disagree that honoring Kobe Bryant is somehow a better example of this use of power. He is perhaps more undeserving than Scott in the NHL since Kobe has played so much and been so bad.

Instituting a minimum requirement is tricky because it’s impossible to know where to set the standard. If it’s too low, the requirement ends up being moot; if it’s too high, you risk eliminating a great player who missed some time with an injury. I don’t believe MLB has any requirement; baseball allows write-ins on its ballot like the other sports. There is no correct answer here…

…unless we talk about getting rid of All-Star games entirely.

What’s the downside here? The games are usually unwatchable to begin with; the participants hate playing in them; the fans complain about every aspect (as we are doing here). And don’t All-Pro, All-NBA, etc. teams do a better job of rewarding the best players of that season anyway? What’s more impressive, someone with 10 All-Star game appearances or someone with 10 All-NBA first, second or third-team nominations? The latter is a far greater deal in terms of historical significance.

I know every sport doesn’t have All-NBA teams, obviously, but maybe then that is the correct response here. Create legitimate All-Star rosters voted on by unbiased observers and experts to pad players’ resumes, but don’t actually play the games. If you feel the need to keep some kind of exhibition game intact, play an under-25 game with the leagues’ young, up-and-coming stars to show them off to the masses.

I love that NHL fans are taking control of their sport’s All-Star game, but making a mockery of something doesn’t help to make it better. It only erodes the credibility of the game and any value it once held. Are hockey fans trying to tell us that their vote should be revoked? Are they pointing out that only credible media members should select the All-Stars? I fail to see how selecting an undeserving candidate, when given the option to pick a deserving one, helps make the game better in the end. Don’t we want the best players competing in the All-Star game?

You proposed an excellent fix to our current All-Star problem. As a fan I love the notion of watching the best players in the sport compete with one another. By creating an All-Star committee in each sport to pick players we get two new rewards, while solving the issue with our current system. Fans now get a new thing to debate and argue over. Did the committee get it right? Who is on the committee, and who should be on it next season? We also get a better process for anointing are All-Stars in each sport.

I propose two additions to this new system. Here are the three changes necessary to complete our All-Star Game fix, applicable to all of the major sports.

1 – Select a committee who votes on all All-Star / Pro Bowl honors.

2 – Give fans the option to vote for two additional players, not originally selected by the committee.

3 – Provide a monetary reward to the team who wins the All-Star Game. This can go to the charity of their choosing, if paying the players is too unsavory. But the game needs a reward, since its painfully obvious that the game itself is not in fact a reward. Players do not care at the moment.

The All-Star Games must be saved. Removing them is not a viable option. But change doesn’t have to be hard. The NBA already plays a Rookies and Sophomores game. I love this! But it wouldn’t work in sports with significantly more players on the field at once. Select a committee, let them choose, then give players a reason to win. The All-Star Game will always be an exhibition, but that doesn’t mean it can’t be exciting once again.