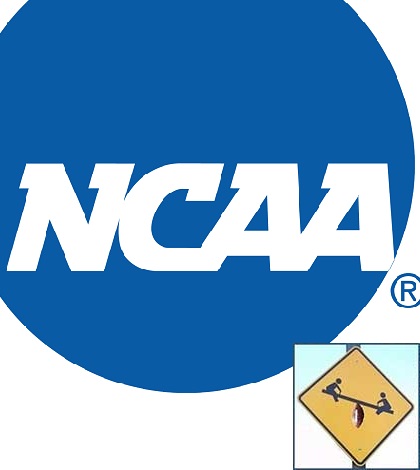 [Part one – Crisis in College Athletics]

NCAA student athletes will never be employees. That simple distinction is the entire point of collegiate athletics and whatever middle ground is ultimately agreed upon between universities, the NCAA, and the athletes, it can’t alter that inherent dynamic. When you change a student into an employee we are no longer talking about school sports. We are now talking about “minor league” athletes. In that scenario, what distinguishes the college baseball player from a ballplayer with the AA Yankees affiliate, besides who his contract is with? Since the entire argument for pay and health benefits stems from college football and basketball, as they generate nearly all the revenue, a blanket change that includes player salaries can not happen. It ruins everything for everyone else.

I touched on your questions already, and I believe we agree that you can’t make a blanket change to all collegiate sports in the manor its currently being portrayed. And I also think you agree that its ridiculous to make changes that turn college athletes into university employees. That change has sweeping consequences. If a football player for USC is now an employee, why shouldn’t the biology student who works with his professor to develop a breakthrough technology which yields the school major income not also be an employee? There is no line, therefore students must remain students. And all student athletes must be considered as one. The sports themselves are not created equal and the opportunities available to the athletes will be different, yet the schools themselves can not make a distinction. That’s where the NCAA comes in.

I have several ideas for blanket changes that will mainly help football and basketball, but aren’t sport specific. I also have a few things in mind that I can’t believe are not already in place. One of which was quickly approved within the last week, unlimited meals for athletes. I’m going to list changes, in no particular order. You can have the fun of tearing me back down.

– Health care for all student athletes (I know some form of this is in place already. I received medical care for an injured ankle as a club athlete in college. It makes sense to expand this and create funds to help pay for care to all athletes in all sports)

– Allow athletes to sign with a professional team before attending college (This happens in baseball, so why not in basketball and even football. Baseball teams draft whoever they want, even if the player is pursuing another sport. Why make other athletes ‘declare’ for a draft? Dumb. Just dumb.)

I’m going to stop there; I’ve said enough. Mainly, by removing the dumb restrictions placed on young stars, you increase their desire to stay in school and make college sports fun again Sure, you are adding distractions, but if they truly want to be professional athletes, none of these distractions will be anything like the ones faced in the future.

I cannot attest to the heath care suggestions, however I know it was a key component to the original Northwestern union decision. Those players wanted coverage while they were athletes for sure, but they also wanted coverage to continue after graduation to help them pay to treat injuries sustained while playing. This seems only logical. Of course, there are ramifications.

Where is the line drawn? If an Oklahoma football player gets severely injured, the school and certainly the program have the funds to support said player for years to come if necessary. But what about if a division three swimmer needs heart surgery and the swimming program can’t afford to pay for it since it makes no money? I don’t understand how this will work. Is it the university’s responsibility to then support every athlete of every sport? This is no problem for major programs but could be crippling for hundreds of others who have trouble supporting athletic teams as it is.

College athletics are so sprawling and so very different as you go down in levels and across sports, universal changes seem impossible. Since I don’t understand how any blanket change would work, I tend to lean more towards your later alterations that really only affect the players actually making coin for the NCAA. Let them hire an agent, sure. Let them earn endorsements and ads and whatever money they can generate from their person. This is every bit the no-brainer that you said. Even amateur Olympic athletes are allowed to do so. What is the difference?

If I had to play devil’s advocate for this most common-sense of ideas, I suppose detractors could argue that schools would then begin to recruit top-level talent by describing dollar opportunities and arranging meetings with top agents, but I don’t know that this is much different from how things are currently. It would just be legal.

[If you missed Part one – Crisis in College Athletics]