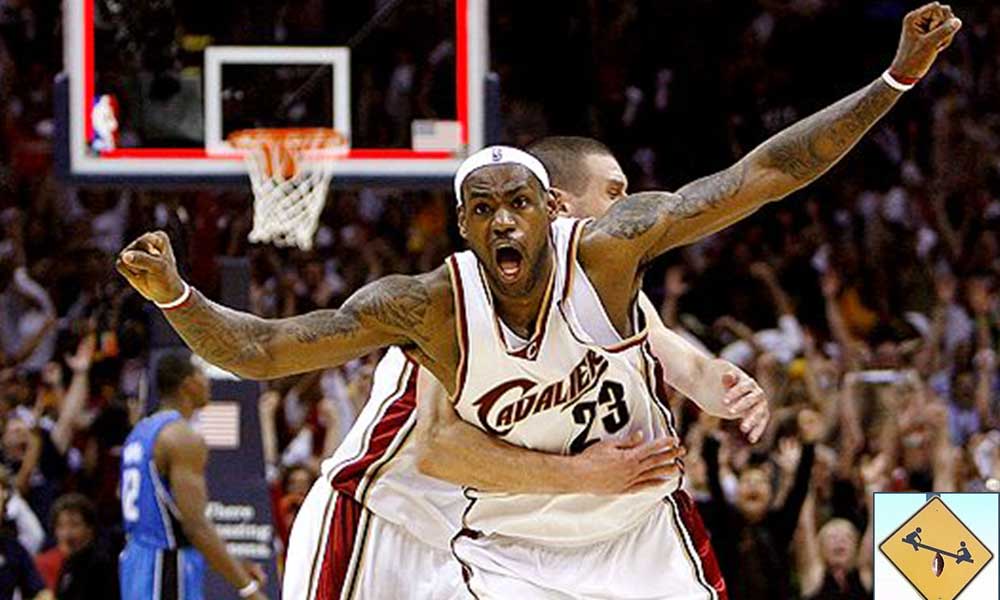 Some champions feel like a slam dunk, ahem Alabama, while others are completely up in the air. Every championship team revealed in Sports Predictions 2017.

It is the second day of the new year. Everyone hated 2016 (except Cubs fans). Who is going to hate 2017? I imagine the first answer is going to be Clemson Tigers fans. Next week, they are set to face the Alabama Crimson Tide in the first ever national championship rematch in college football history. Last year, Alabama won in a squeaker. I would be surprised if it has as much trouble this year.

Clemson looked good in its semifinal to get to the title game, but Ohio State, its opponent, also looked really bad. There is an infinitesimal chance that the Tigers can shut out Alabama like they did the Buckeyes; there is an equally small chance they manage 30+ points so effortlessly.

After Alabama wins another NCAA title, who are your 2017 champions?

ALSO ON BUZZCHOMP: Who was the Biggest Trump in Sports of 2016?

In the NFL, we have our 12 playoff teams but no further information. I like the Patriots and the Chiefs a little. Few teams seem championship-worthy. Maybe the Giants, Packers or Seahawks make another miraculous run. You have any handicap for the hardest postseason sport to predict?

In college basketball, I hate the Duke Blue Devils, but I like them as an early title winner. They just got demolished by Virginia Tech last week, but they were playing shorthanded. Arguably their best player is suspended. Also, two of their best 4-5 players, both freshmen, are not yet in Coach K’s rotation after beginning the year injured. If those three players (Grayson Allen, Harry Giles, and Marques Bolden) are playing 65+ combined minutes per game in March, Duke will be impossible.

In the professional basketball ranks, we appear to be headed for another Golden State – Cleveland series, which I am okay with. I like the Cavaliers to win the title again. Kevin Love is playing great. More importantly, Golden State looks weak inside and doesn’t seem to be using Steph Curry and Klay Thompson efficiently alongside Durant.

The NHL’s Columbus Blue Jackets have won 15 consecutive games entering January 2nd and currently lead the league, but I don’t see that continuing for too much longer. I like the Tampa Bay Lightning to get back to the Stanley Cup and win it. They are very banged up right now, but arguably have the most talent in the Eastern Conference when healthy. If Steven Stamkos, Ben Bishop and company are all back on the ice by late spring, this is my team.

This is one my favorite things to do every new year, make sports predictions 2017 style! Most sports aren’t nearly as locked up as you’d have us believe, and I won’t be shy about making a crazy uninformed MLB prediction either. Following in your path, I begin with the College Football National Championship.

My prediction is that Alabama wins another title, once again defeating the Clemson Tigers. However, I think the two teams are nearly as close as they were last season and Clemson has a 40% chance of winning. After watching how the Tigers made Ohio State look foolish, it’s a reasonable bet they can score on the Crimson Tide as well. This puts things on the defense. Can they slow down Alabama enough to win? Not likely, but not a bad bet to take.

The NFL is where things get exciting, because multiple teams have an excellent shot of running the playoff table. The NFC has one clear favorite and its the Atlanta Falcons. I love what Green Bay has done, but their winning streak is already so long. It will end before the Super Bowl. Because Atlanta will either be playing at home, or in Dallas, throughout the postseason, they are the favorites. Warm weather is their friend, allowing the Falcons’ offense to excel. I don’t believe anyone stops them from winning the NFC and making the Super Bowl.

Over in the AFC I too like the Patriots and Chiefs. My head tells me that Kansas City doesn’t have enough to beat Tom Brady and his offense in Foxboro. This pits New England versus Atlanta in this year’s Super Bowl. My money is on the Falcons with an upset.

College Basketball will hinge on several key players, including those Blue Devils you noted. While Duke will be formidable as its players return, my instincts tell me its Kansas this season. They lost their very first game and have been winning ever since, including a victory over Duke. Their showdowns with Baylor will be telling, but they are my pick to survive March Madness this year.

We agree with the outcome of the NBA season. I want the Clippers to get things together, but see no other outcome than Golden State versus Cleveland once again. The Cavaliers feel like a complete team, while the Warriors are still trying to gel as a unit. That is their undoing. Cleveland repeats as champion.

More Sports: We Name the Sports Obama of 2016


If point differential is any indication, then the NHL season belongs to Columbus. The team is +50 as of January 2nd. I also like Minnesota and the New York Ranger’s chances of winning for the same reason. It will be interesting to see which teams can continue to play hot once the playoffs begin. As for Major League Baseball, I predict that the Boston Red Sox will NOT win the World Series. The Cubs won’t either. As pitchers and catchers report I’ll tell you who will win. Enjoy the new year!