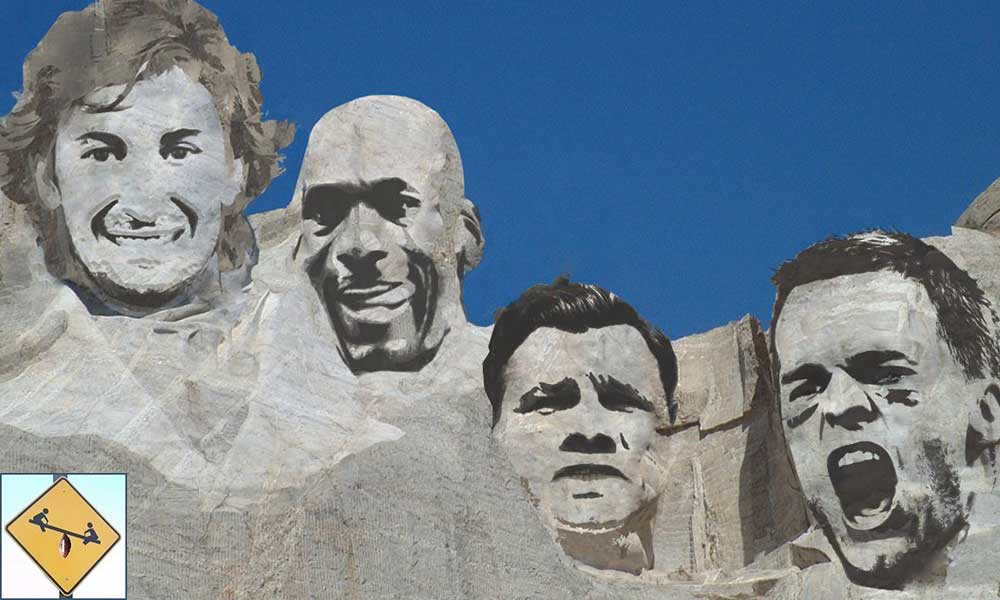 Earlier this week, we attempted to name the greatest coach and player pairing in the history of American professional sports. Coming off Super Bowl 51, I centered on Bill Belichick and Tom Brady. You, on the other hand, selected Phil Jackson and Michael Jordan as your ultimate pairing.

Obviously, our selections didn’t make up a comprehensive list. I can’t help but feel we left out some major contenders for the crown. Who else would you add to our original list of six pairs, and would you change your winning duo with more competitors in the discussion?

I nominated Joe Torre and Derek Jeter from the late 1990’s New York Yankees. But there was probably a better duo from earlier iterations of the same franchise. Casey Stengel managed the Bronx Bombers from 1949 to 1960. In that time frame, he won seven World Series titles, including five straight from 1949 through 1953. Yogi Berra was with Stengel for all 12 seasons and all seven baseball championships. The fact that Berra won another ring before Stengel arrived and won two more after he left only adds to the mystique of this pairing.

In football, we selected Belichick and Brady as the best of the modern era, but what about pre-Super Bowl? That distinction surely falls to Paul Brown and Otto Graham. Graham was quarterback of the Cleveland Browns for 10 seasons; all 10 coached by Brown. The two made the playoffs all 10 seasons and won seven league titles in that decade of time. Of course, these playoffs hardly resemble what we have today. There was often just one or two games to decide the champion, and four of the titles came in a league prior to the NFL.

In basketball, we selected a number of qualified contenders, but what about the Showtime Lakers, headed by Pat Riley and Magic Johnson? The duo won five NBA titles, four with Riley as Lakers head coach and one with him as an assistant. They also created a way of playing the game that hadn’t really existed prior to their coming-together. It is hard to place these guys over the groups from Chicago or San Antonio, but they are worth a mention.

As are Montreal Canadiens head coach Toe Blake and pretty much his entire roster. Beginning in 1956, Blake and the Canadiens won eight Stanley Cup championships in 13 years, including five straight. Of course, the franchise also won three years before Blake arrived and the year after he left. And then won again two years after that…and again two years after that. It is hard to sparse out the best coach and player pairing from this dynasty.

Do any of these options (or another) make you change your original selection? It is awfully tempting for me to take Stengel and Berra for what they did in MLB. However, I still feel like it is harder to defeat the odds in today’s NFL, where multiple rounds of postseason games can derail even the heaviest of favorites just through random bounces of the ball. It is really uncanny how Belichick and Brady have been so good over the years that they’ve almost defeated small-sample random chance as well as the rest of the sport.

Expanding the greatest player/coach debate certainly makes me rethink things just a little bit, but I have a very hard time stepping back from my Michael Jordan and Phil Jackson declaration as kings of the sports world. It’s not simply that they won, but how they won and dominated the sport of basketball. Jordan and Jackson won three straight titles, then Michael stepped away and so did the Bulls. Jordan returned to the NBA and the duo won three straight titles again. That being said, I have a few more options to consider and one that may knock Air Jordan from the hill.

The odds may now be against you in the NFL, but I don’t like to contextualize a given era. Your competition is your competition and how you perform is ultimately your legacy. Vince Lombardi and Bart Starr won seven championships together as coach and quarterback of the Green Bay Packers. They literally made Green Bay a city worth knowing and the Packers a franchise to love. The NFL wasn’t the same, but their domination of it holds up over time.

Expanding things a bit, we must consider Manchester United and their absolute destruction of the English Premier League in soccer. The Premier League began in 1992 and Manchester United won eight of the first eleven championships. The club has won 13 total championships in the 25 year history of the league. Some quick math shows them winning more than 50% of all league titles. That’s insane! They won four of the first five championships and have had two three-peats in league history. Unparalleled is an understatement, but in terms of player/coach I don’t truly know of a pairing that connects their titles.

I’d also like to throw in the UConn women’s college basketball team who are about two win their 100th straight game, all under head coach Geno Auriemma. He’s won eleven NCAA championships, including the last four straight and six of the last eight titles. We can’t truly include him in this conversation either, since the players change every year and we’re discussing player/coach combinations. But damn if they haven’t dominated.

More Sports: Should Athletes Take a Stand Versus Donald Trump?


We need a separate debate for the most dominating teams of all time, because when talking player/coach its more specific and I’d can’t ignore what Yogi Berra did with the New York Yankees in the 1950s. Berra and Stengel won seven World Series titles and defined the Yankees as the ultimate baseball team in history. The Bulls and Lakers can’t claim that crown in the NBA. The Patriots and Packers can’t claim that crown in the NFL. But the Yankees own that crown and have never relinquished it.