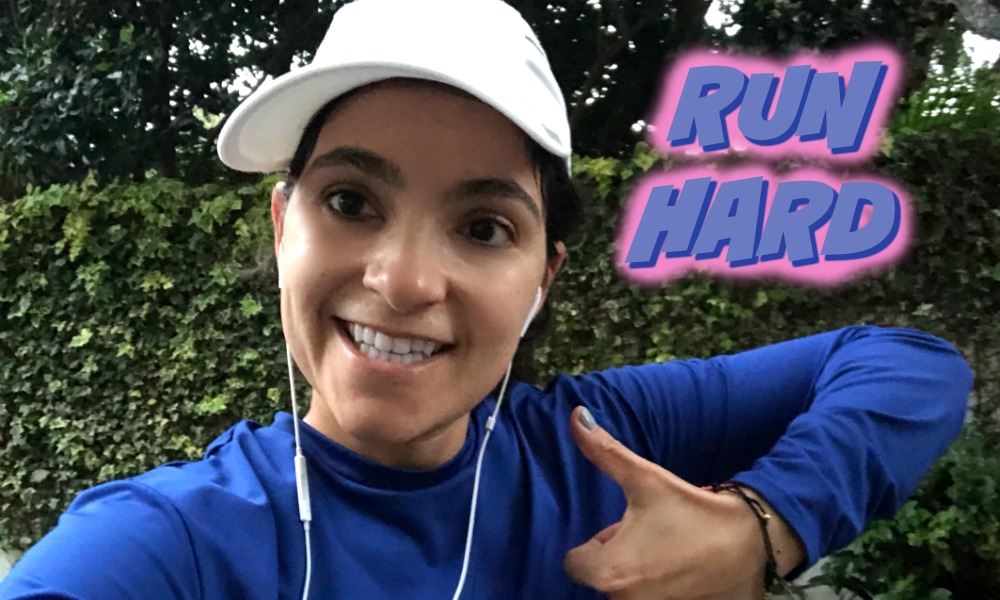 Some runs are hard and that’s okay! They are truly part of how to create amazing running success. I always remind myself that if all runs are easy, then why run!

When I started running outside, I had previously been a longtime treadmill runner. In my mind I thought it was going to be an easy switch. I knew that running outside was much more difficult than running on the treadmill, but I had high hopes for my success. Even though I had high hopes for myself, the switch from consistently running inside to outside took a lot longer than I realized.

It took me longer because of how hard the runs were, and how sore I was all the time. Previously, I would run anywhere from 4-5 miles on the treadmill. Those runs felt pretty effortless and running on the treadmill took less time to adjust. Running outside initially makes you sore, at least it made me very sore. So I found that at first I needed to scale back on how many runs I was doing.

The funny part is, some point after I became a consistent outdoor runner I thought to myself, wow I guess this isn’t ever going to get easier. Then one day it did. I no longer felt like I struggled daily. Instead there were days when I was reminded that even though I can just go and run, it doesn’t mean all days will be easy. I now relish the fact that some runs are hard.

I remind myself daily that if running was easy, then everyone would be out running. The fact that it can be so mentally and physically challenging is what keeps me coming back! I can get out of bed in the morning and feel like utter crap, but I decide to go for a run. Sometimes that run completely changes my mindset for the day and sometimes it makes me realize that as long as I get outside to run, I can have an amazing accomplishment for the day!

There is always a positive side to a run. Even if a run is hard, it just means that it’s what I needed for the day. I love being tested by my runs and that brings me running success. Even though a hard run might stink while I’m doing it, in the end it always makes me feel so much better. A big thing for me is changing my mindset post-run. No matter how a run is, I’m always thankful that I got out there.

That mindset is what makes me able to run every day and it’s what truly lets me see that every run is important. Some runs are hard and that’s okay. A single run does not define me and if a run is harder than the day before, then that is what I needed.

More Running Success from Mandi: Let Go Of What Others Think