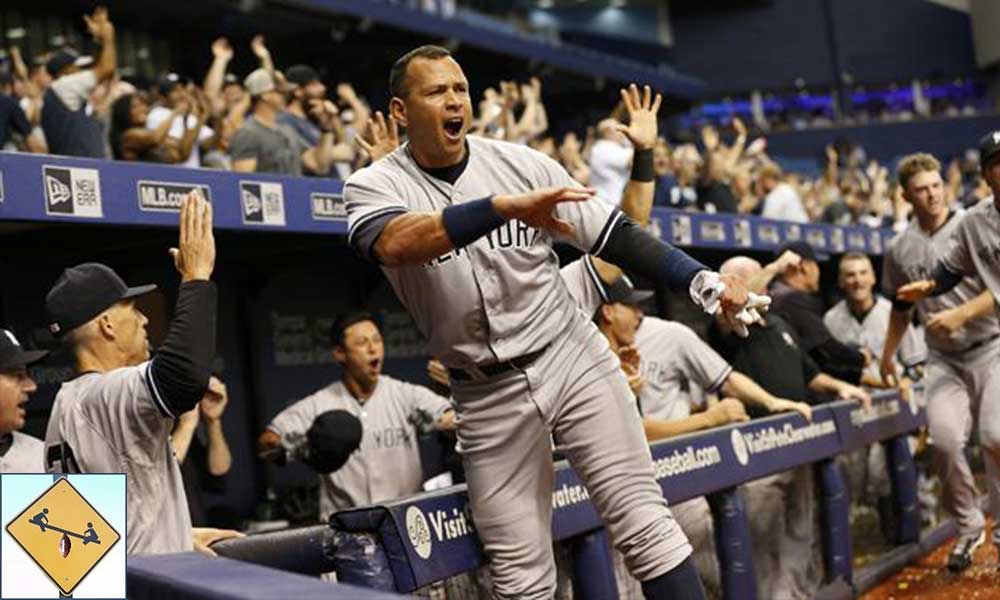 Fans and media are down on the 2016 New York Yankees, but this roster is better than you think. In a muddled AL East the Yankees can come out on top.

We already discussed the New York Yankees premiere bullpen heading into the 2016 MLB season, but what about the rest of the roster?

On the surface, things look worrisome. The everyday lineup is aged and declining. The starting rotation is thin and injury-prone. Time to write the season off? Not so fast! …You can write the season off; just don’t do it too fast. Let this thing breathe.

Here are the ZiPS projections from Fangraphs for how the Yankees will perform this year. You can unfortunately see that Greg Bird was projected to be a pretty powerful influence if he had seen the field. *Tear*

Keep in mind for the ZiPS projections, all the numbers are assuming players receive a full allotment of playing time. I don’t know why; it’s just how the system works. So, the numbers are only useful for the actual, full-time starters to be honest. But looking at that batch, does anything stand out?

Carlos Beltran is expected to be worth zero wins over the course of a season. That seems..uninspiring. Catcher is our strongest position with McCann and the possibility of Gary Sanchez being the Major League backup.

On the offensive side, there just doesn’t seem to be enough here. Fangraphs deems the lineup “wildly average.” The output is light, and that’s with the assumption that players like Jacoby Ellsbury receive over 500 plate appearances, which isn’t going to happen. Of the top five Yankees in projected wOBA (weighted on-base average; a conglomeration stat that gives an overall picture based on the batting-average scale), two are not going to sniff the Majors this season. Oof.

What about the starting pitching? Do we have any hope there?

Well, none of the starters are expected to get anywhere close to the standard 200 innings. Tanaka and Severino are okay strikeout guys, with Pineda, Eovaldi and Sabathia falling somewhere slightly below. If they don’t pitch huge innings and don’t strike out tons of guys AND have injury concerns almost across the board, what do we actually have here?

Only two starters are projected to produce a higher WAR than the bullpen guys, and this list was generated before the Yankees even traded for Aroldis Chapman. That number might shrink. With the amount of innings needed out of starters, having bullpen arms outproduce them (no matter how good those bullpen arms are) is bad.

Projections are projections. It’s possible every single Yankee outperforms these stats. It’s also more probable that a number of guys don’t even reach these marks. With the numbers or without, how do you feel about the roster heading into Spring Training?

There are actually two important questions at play, in terms of how the Yankees fair this season. One is the condition of the roster. The other is how the team compares to others in the American League. Although obvious, its worth mentioning that for a team to be successful its players must perform at their highest level and remain healthy. The age of New York’s roster is a concern, but it’s cieling for success is extremely high.

As a Yankees fan I’m pretty darn excited for this season. New York will need to catch magic in a bottle to outperform all those numbers you through at me, but every team that makes a postseason run to a championship does just that. I realize its unlikely the team avoids injury all season, but I’m not factoring that into my roster evaluation. It’s a complete unknown and is unquantifiable. What the Yankees do have is a lineup and starting rotation of players that truly complement one another.

Carlos Beltran may be playing his final season, and if last year was any indication, it will be a good one. Ellsbury and Gardner join him in the outfield; with Teixeira, Castro, Gregorius, Headley, McCann and A-rod rounding out the lineup. None of those guys scare you on paper any longer, but who on the Royals truly scared opponents on paper last season? They produced and produced and so will these Yankees. What I see when I look at the lineup are a lot of hits and a lot of long innings. New York can win close games. It has the bullpen. This lineup is built to get on base and that spells trouble for the competition.

As far as the starting rotation, I’m currently in wait-and-see mode. Tanaka feels like he’s going to dominate once again. Sabathia is also rebounding nicely from rehab and will likely surprise people. What I don’t yet know is whether Eovaldi and Pineda can lock down the second and third spots in the rotation. I like the Yankees chances in one and two run games, but its an open question whether all five starters can consistently keep games that close.

Comparing the Yankees to other teams in the league, namely the AL East, excites me even further. Are the Blue Jays still far and away better than New York? Have the Red Sox done enough to vault them way up out of the division’s basement? The likely answer is no to both. Its going to be a dogfight this year in the East. Kansas City still looks dominant in the league as a whole, but few other ballclubs make me question the Yankees’ chances.


New York could fall on its face this season, but that’s always a possibility. What the Yankees have are a ton of talented players, able to perform better than the competition. Watch them gel and this team can take off. It’d be no surprise to me if New York won the AL East in 2016.