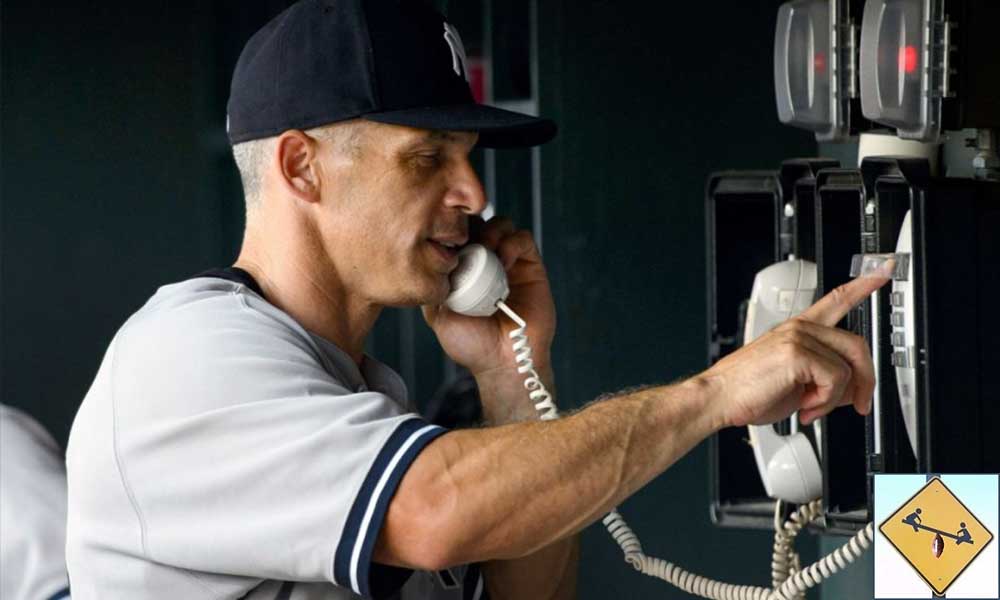 The New York Yankees made very few moves this offseason, but adding Aroldis Chapman was a big one. With the three best relievers in all of baseball now wearing pinstripes, do we dare say this bullpen is better than with Mariano Rivera.

It’s about that time. Pitchers and catchers report to spring training this week! It’s hard to believe, but it’s true. Before we get into the meat of the MLB season with previews, predictions and all that jazz, I want to bring us back to the end of 2015.

The winter meetings were in full effect, and Aroldis Chapman was in the news. First, he was traded to the Los Angeles Dodgers. Then, news came out of a past altercation and possible domestic abuse scandal that disintegrated that trade. Finally, Chapman was moved yet again, this time to the New York Yankees.

What were your feelings on this deal as a fellow Yankees fan? Let’s clarify the circumstances surrounding Chapman’s dealings with the law: he was said to have fired a gun and choked his girlfriend, but the police investigated Chapman’s incident and he will not be facing any criminal charges.

ALSO ON BUZZCHOMP: New York Giants Should Not Bring Back Jason Pierre-Paul

However, MLB is still under its own investigation. There is no timetable for when a suspension could be brought against him. It could happen tomorrow, mid-May or never at all.

That lingering suspension threat was part of the reason Chapman’s value decreased and teams were fearful of trading for him at all. The Yankees took that into account and still pulled the trigger.

I didn’t mind the move in that regard. The price was not exorbitant and Chapman seems worth that risk. From strictly a baseball standpoint, I was a bit confused by the trade to begin with though. Last year, the bullpen was the Yankees’ biggest strength. They had other, more pressing needs that should have been addressed ahead of bolstering a unit that had no shortcoming.

However, other deals were not available and Chapman was. I have come around on this. I like the deal for New York, especially with the recent success we have seen by the Kansas City Royals in the postseason. It no longer takes an elite pitching staff to win the World Series if your bullpen is stifling. That is now where the Yankees sit.

Last year, of all pitchers who threw a minimum of 40 innings, these three finished first, second and third respectively in baseball in strikeouts per nine: Aroldis Chapman, Andrew Miller and Dellin Betances. Now, all three are in the Yankees’ pen. Who cares if we only have three healthy starting pitchers! Games are over after five!

In all seriousness, the volatile nature of bullpen arms in general gives me some pause that results can be replicated this season, but these three guys should be very good in 2016. That won’t be enough to win a title, but it’s a nice start.

So what you’re saying is, the Yankees’ bullpen is poised to be the best in baseball in 2016. I’ll go so far as to say its now better than with Mariano Rivera. The three best relievers in the game trump one great player. Even Rivera got tired now and again. But in all seriousness, I’m not sure you’ve fully accepted the new landscape of baseball. Bullpens win championships.

Back to the Chapman deal for a moment, since you asked a polarizing question that I can’t simply ignore. If we are talking about respectable men and role models, I think adding Chapman was a horrible idea. If we are talking about building the best possible baseball team, one that already includes Alex Rodriguez, then adding Chapman was an excellent move. Sports teams have good guys and bad guys, but the one thing every franchise needs are great players. If New York has truly built the most dominant bullpen in baseball, then I’m okay with giving Chapman a second chance. Get him help, counseling or therapy, and perhaps he turns a corner in his personal life. But I love his skills on our Yankees.

Comparing the Yankees to the defending World Series champions, the Kansas City Royals, paints a favorable picture for New York. The Royals combined an outstanding bullpen with solid offense and a strong pitching staff. Here are some numbers from last season. The Yankees were 2nd in runs scored, the Royals were 7th. Kansas City was 2nd in hits while New York was 12th. In terms of quality starts, the Yankees and Royals were 22nd and 23rd in baseball respectively. The bullpens were both top ten, but now New York has the best three relievers in the game. This is certainly enough to elevate the team this season.

I couldn’t help myself. I transitioned right into the new year and the 2016 New York Yankees. I’m excited for this season, but scared as hell. Never has the team made so few offseason moves. But having the best bullpen is something I’m familiar with. It’s a strength that New York has won titles with in the past, and one I’m willing to forgive Chapman for if he’s the missing piece to our puzzle.