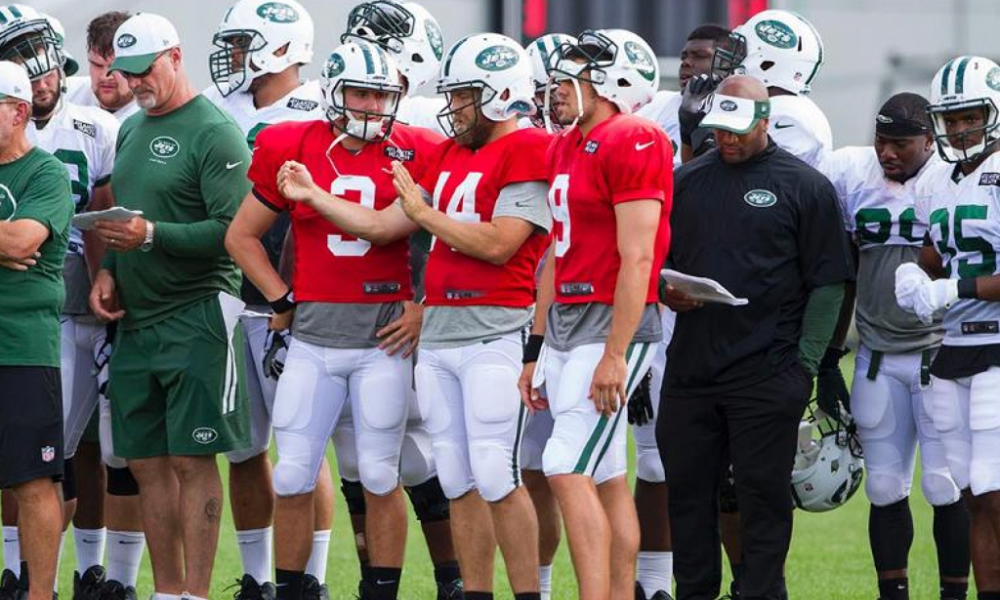 With the season thankfully winding down, the New York Jets can begin looking towards the 2017 NFL Draft and a new star rookie to put on the green and white. These are their top draft targets.

The math has yet to add up, but it’s no secret that the New York Jets season is coming to an end. The team will not be playing in the playoffs, so we instead look ahead to the 2017 NFL Draft. A top ten pick is nearly guaranteed, so a current college star will soon be putting on the green and white. Which players should the Jets target in the upcoming draft? With several areas of need, this is a two-part question.

We must first make one major assumption. The Jets will be selecting anywhere from fifth to seventh in the upcoming draft. Barring a highly unlikely winning streak, placing New York in the middle of the top ten is reasonable. For the purposes of this article, the New York Jets have the fifth pick in the 2017 NFL Draft. All of Cleveland, San Francisco, Chicago, and Jacksonville pick ahead of New York. With pick five in hand, the Jets must be very smart. They can not take the bait.

Current mock drafts have two quarterbacks going in the top ten. New York must not select a signal caller. The folks at Walter Football have both Cleveland at first overall and Chicago at fourth overall taking quarterbacks. CBS Sports also has Cleveland taking a quarterback with the first pick, as well as Arizona with the ninth pick. This screams desperation to me, with so much talent available at the other positions. I’m not buying into any of the top quarterbacks in the 2017 draft class, and neither should the Jets. Let other teams take a leap of faith, while New York is left with more options of their own.

The top player the Jets should be targeting is Michigan strong safety Jabrill Peppers. Not only does he fill a major need on defense, but Peppers is a versatile player and coach Todd Bowles loves versatility. Scouts Inc. has Peppers ranked as the fourth overall player in the country with a 93 grade. He’s a playmaker who could easily slot in at linebacker or cornerback, adding a level of depth to New York’s defense that is currently only found along the line. The guys at CBS Sports seem to agree with me, but it’s no secret that secondary is the biggest area of weakness for the New York Jets.

Two other players in the defensive backfield are next on my list. Jamal Adams, a safety out of LSU, and Marshon Lattimore, a cornerback out of Ohio State, are both top ten players with grades over 90 according to Scouts Inc. Frankly I’d be disappointed if the Jets did not fill this hole on defense with the fifth overall pick in the draft. Lattimore has a higher pedigree and fills a more obvious need for New York. It’s possible that Darrelle Revis slides into the safety position for next season, making Lattimore’s selection even more timely for the Jets.

Leonard Fournette is next up on my list of draft targets, a running back out of LSU. He’s currently the top ranked player in the country, according to Scouts Inc, with a 95 overall grade. Fournette is Walter Football’s selection for New York and an excellent steal with the fifth pick. I’m not sure he falls all the way to the Jets, but considering the team’s core of running backs is getting up there in age, it would be a huge windfall to draft Fournette. Matt Forte and Bilal Powell have both had solid years behind a developing offensive line. Imagine what a speedy rookie could do next season, with more experience blocking for him up front. It’s exciting to imagine the prospects, even if it’s not the most glaring hole on this football team.


The final player the Jets should be targeting likely requires the team to trade back in the first round. Offensive tackle Cam Robinson out of Alabama is currently the top ranked lineman according to Scouts Inc. Yet he ranks fifteenth with a grade of 89 overall. New York needs to add talent and depth across its offensive line. The success of the team’s next quarterback hinges on the line’s ability to protect him. Drafting Robinson would go a long way towards such an improvement, yet he’s likely too far down the board to go fifth overall this year.

New York Jets Photo Credits: Empire Writes Back and Turn On The Jets