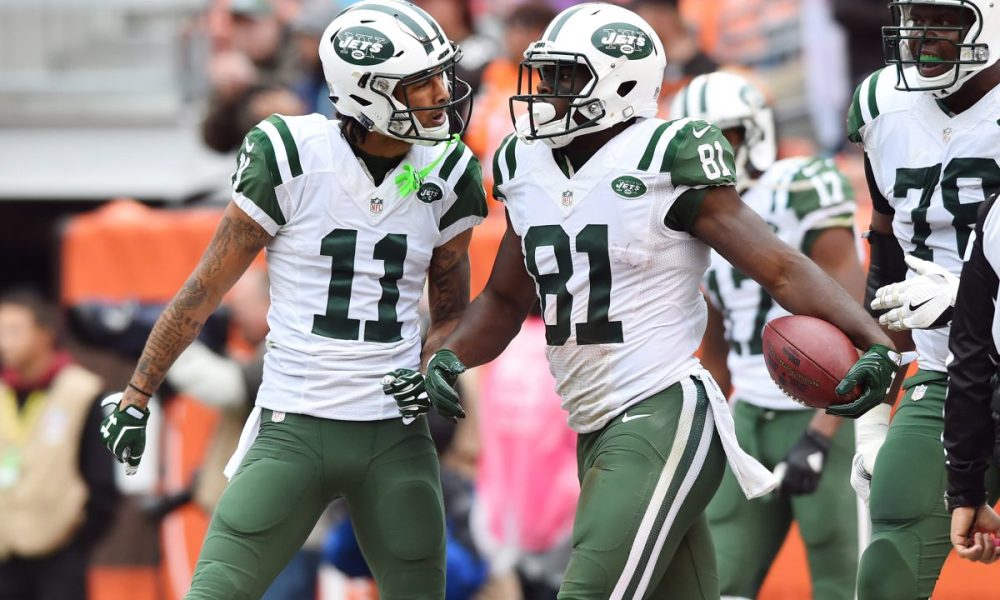 The New York Jets have incredible depth at wide receiver, but who ultimately makes the starting lineup next season? There’s always an odd man out, or three.

The New York Jets have a lot of holes to fill once the 2016 season comes to close, but wide receiver is not one of them. New York has incredible depth at the position and many decisions to make regarding who wears green and white next year. The Jets currently have six receivers on their active roster, one on injured reserve and one more on the practice squad. Carrying six again in 2017 seems likely, but that means at least one is odd man out.

Both Brandon Marshall and Quincy Enunwa become free agents in 2018. I expect Enunwa to get a new deal this offseason, but its unclear if the same will be extended to Marshall. Regardless, both players will be New York Jets next season, barring a trade, and both players will be in the starting lineup. Eric Decker will be returning from injury and he’s a lock at wide receiver as well. That leaves Robby Anderson, Jalin Marshall, Charone Peake, and Devin Smith to compete for at most three roster spots. Unless New York finds a home for one of these players at another position, its unlikely they carry all seven men into the 2017 season.

Anderson and Jalin Marshall were undrafted players, meaning they currently come cheap. Peake was a seventh round pick in the 2016 Draft, also an inexpensive player, while Smith was a second round pick in 2015. Usually such draft position matters, but the Jets present a unique case. Robby Anderson has developed the fastest and is showing great chemistry with quarterback Bryce Petty. He’s easily stood out among this group and should secure himself fourth receiver duties for next season by the time the current year wraps up. It’s easy to like his game and with a little time spent in the weight room this offseason, he can be a dominant threat in New York’s offense. So where does that leave New York’s other wide receivers?

My crystal ball sees two players finding new teams in the offseason. Jalin Marshall is likely the first odd man out, as New York gives him the opportunity to find more playing time elsewhere. Because Smith has been injured, the Jets have yet to truly see his abilities. I believe this helps protect him, along with his second round status. That means Peake is another casualty of a team needing more players elsewhere on its roster. While he’s looked good, Peake has been outplayed by his rookie peers overall. Perhaps he’s added back to the roster once the 2017 season gets going, but I foresee the Jets maintaining only five of its receivers in the offseason to make room for youth at other more needy positions.

Whomever quarterbacks the Jets next season, they will have an incredibly talented group of wide receivers to throw to. It’s almost laughable how quickly the script flipped from when Rex Ryan was coach of this football team. Back then the receiver position was woefully thin, but thankfully now its deeper than ever. The team needs to do a better job of getting each of its playmakers the football, but we’ll leave that work for the offseason. The team currently on the field is thin and hobbled, a shell of who will ultimately take the field next season.


It’s exciting to think of the potential offense that the New York Jets will trot out in 2017. It’s exciting to have hope and look towards a brighter future, full of talented wide receivers and a dynamic passing game. We all thought we had that this season, but apparently it was still a year away.