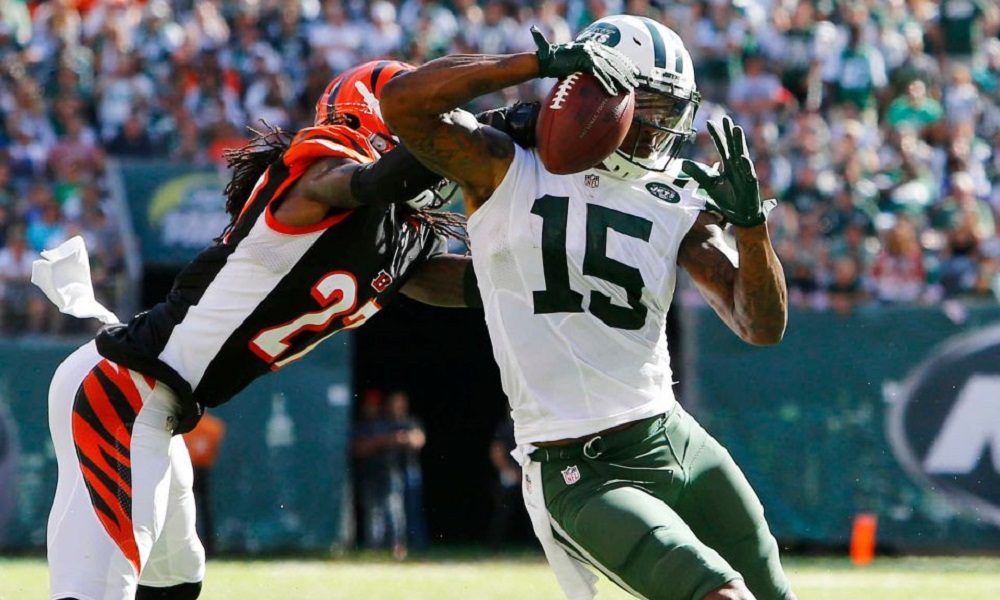 The matchup was as good as advertised, a playoff preview between two excellent football teams. But the New York Jets lost to the Cincinnati Bengals, an amazing and awful debut.

It was an excellent start to the season against one of the conference’s best teams, yet the loss was still ugly. The New York Jets covered the spread, but lost to the Cincinnati Bengals at home by a single point. Both teams missed field goals, but Gang Green missed an extra point as well. That was the difference in the game. That was the difference in what felt like a playoff game, evolved like a playoff game, and was likely a preview of a potential playoff matchup later in the year.

The Bengals are a really good football team and so are the New York Jets. But that shouldn’t make this loss any easier to stomach. New York had ample opportunities to win this game. They were held to field goals on multiple occasions in the Red Zone and their most prolific receiver from a season ago was practically non-existent. Brandon Marshall may be nursing a minor injury, but his presence should have been felt on the field and in the passing game. I would have also liked to see Bilal Powell and Matt Forte receive designed passing plays in the Red Zone. Roll one player out into the left flat and the other out into the right flat, keeping the tight end in to block. Both running backs have excellent hands and did well receiving against Cincinnati, but designed plays near the goal line that do not involve a hand-off must be implemented into the offense going forward.

ALSO ON BUZZCHOMP: Has SEC’s Football Dominance Come to an End?

A few other areas need work as the team heads to Buffalo with a short week of practice. Short yardage situations felt like an issue all game for the Jets. Perhaps this was due to the Bengals’ defense, or perhaps its more of my perception. Regardless, Gang Green can not continue to settle for field goals and expect to win on a regular basis. The offense looked good and moved the ball well, until faced with short yardage situations on a short field. Forte ran great, but he is not your traditional pound it up the middle type of running back. That being said, he can still earn those two yards the hard way. The Jets need to give him the opportunity, or run it as a diversion with Powell waiting to receive the football in the flat. Either back can beat defensive ends around the edge for a first down.

Because the Jets lost, it was only fair to start with the glaring negatives. I did not mention the passing defense, as it was rather obvious they gave up too many yards. Cincinnati has a tremendous passing game, so this was not all that unexpected. Moving on to the good stuff, what New York did well, because this was only a one point game that could have easily swung the Jets’ way.

Despite missing Ryan Fitzpatrick for much of the offseason due to the contract issues and despite Forte missing much of the offseason as he recovered from injury, the Jets’ offense looked smooth. Against one of the better AFC teams, New York moved the ball well and consistently put up points. I mentioned the Red Zone issues, but overall it felt like Gang Green was moving onward and upwards in year two of Chan Gailey’s offense.

New York’s defense, specifically the defensive line, is going to be exceptional. They recorded a ton of sacks against an excellent Bengals’ offensive line, all without Sheldon Richardson who returns to the team in time for week two against Buffalo. Sophomore Leonard Williams has already taken major steps forward from his excellent rookie year. Let’s just say that any team that is unable to block on the level of the Bengals is going to struggle to move the football against the Jets’ defense.

All in all the team looked good at home, but playing at home should have tipped the scales in New York’s favor. It did not. Little mistakes yielded a loss, but I’m with coach Todd Bowles. Forget about it and move on to Thursday’s game against the rival Bills. Its do or die time.