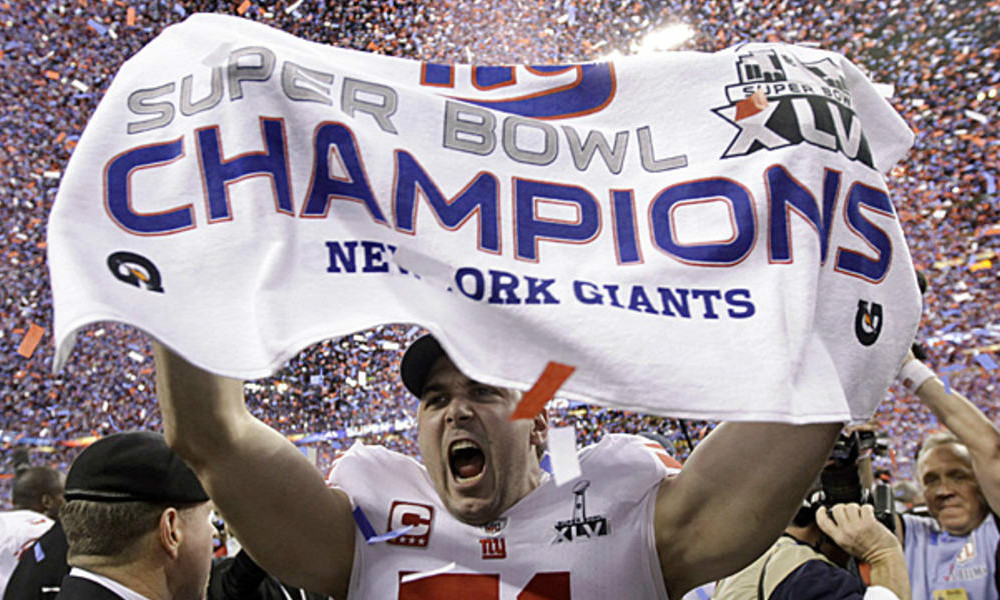 How far away are the New York Giants from playing in a Super Bowl? Despite the team’s lackluster play and 6-10 record, it is actually closer to competing for a title than many would assume. (Photo Credit: nbcnewyork.com)

We are on the precipice of Super Bowl 50 between the Carolina Panthers and the Denver Broncos. It seems foolhardy to assume the New York Giants could be in one of these teams’ places next season, but they are not too far away from title contention. In the NFL, a turnaround is never far away.

Many folks likely forget at this point, but last year, the Panthers finished the season with a 7-8-1 record. It was the third time in four career seasons for head coach Ron Rivera and quarterback Cam Newton that the team failed to reach .500.

While New York will be integrating a new coach in Ben McAdoo, it will be retaining the most important aspects of a successful squad: the offensive system and the quarterback. Eli Manning will enter his third season in this offense, having shown great improvements in each of his first two.

On defense is where the Giants need to make a leap in order to compete in the coming years. A number of important players are entering free agency this offseason, including Jason Pierre-Paul and Prince Amukamara, but the team will have a lot of cap room to work with if either or both of those players depart. And this season’s free-agency class could be a whopper. A number of Pro Bowl-caliber players (Von Miller, Muhammad Wilkerson, Eric Weddle, Tamba Hali, among others) are due to hit unrestricted free agency if they can’t agree on a new contract with their old teams. Any number of additions could be an impact player for the Giants. With a top-1o pick in the 2016 NFL Draft, New York also has the opportunity to add an influential defensive rookie who can make a difference Week 1 of next season.

The difference between winning and losing in the NFL is so tight these days, it hardly takes a superstar to change the tides. Of the team’s 10 losses in 2015, an incredible eight of them came by just one score. On the season, NY went 3-8 in such contests. Compare that to the AFC champion Denver Broncos. Denver played in 12 games that were decided by one score. It won nine of them and another in the postseason.

As Bill Barnwell notes, “teams are incredibly inconsistent from year to year when it comes to winning games that are decided by one touchdown or less.” The logic is sound. The sample size is too small to draw any conclusions from one year of tight games. Teams’ performances in these situations tend to balance out.

The other reason the Giants may be in store for an uptick in success next season is point differential. According to Bill James (who established the notion for baseball), point differential does a better job of predicting future success than previous win-loss record.

Plugging New York’s production into the Pythagorean expectation formula, it was expected to win over 7.5 games this past season if the outcomes matched its record. Instead, the team finished more than a win and a half below that mark. This bodes well for seeing a positive correction next season.

That’s not to say the Giants will surely find themselves in Super Bowl LI, but it does mean the team could be in store for a fast flip in success. Prior to the year, no one thought Carolina would even be sniffing the playoffs, let alone the Super Bowl. Near the end of this very season, few thought the Broncos would make it this far unscathed either. The NFL is a fickle beast. With an offense, quarterback and potential on their side, the Giants should feel giddy about their chances.