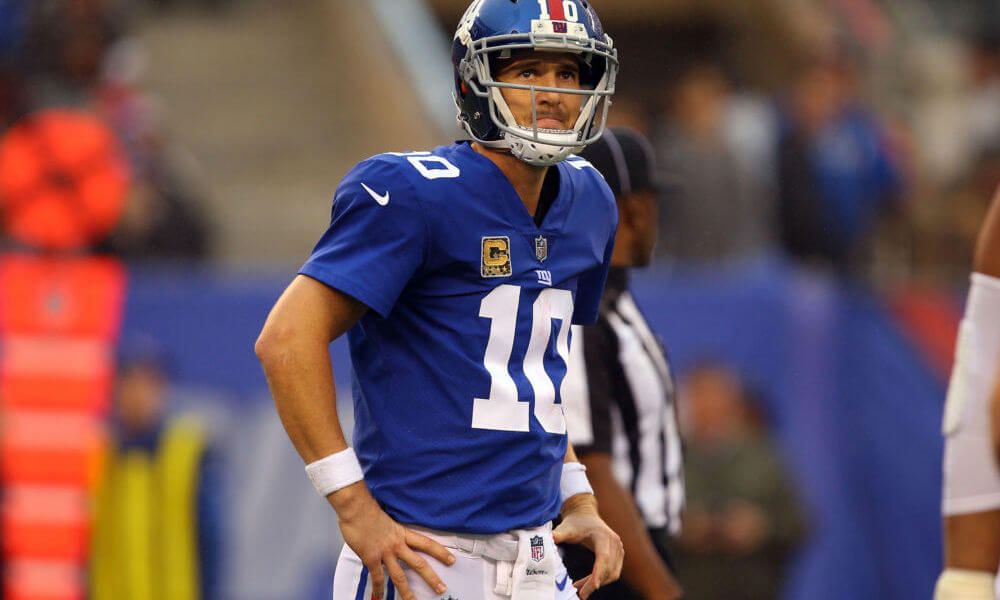 The beginning of the New York Giants’ 2018 schedule is rough, but the middle is no let-up. New York will have its hands full for the first dozen weeks of the season.

The New York Giants seemed primed for a rebound 2018 season. Everything went wrong last year. Even if everything goes right this year, though, the schedule is doing the team no favors. The beginning of the slate was bad enough. But even advancing through the middle of the regular season, there is no clear let-up for New York. After the first five games, the Giants are set to play six games in seven weeks (with a bye coming in Week 9). In those six games, New York will likely be a comfortable underdog in at least four.

New York plays the defending champion Philadelphia Eagles twice in this time span. The first game comes at home in Week 6. The series is completed on the road in Week 12. If preseason expectation is any indication, the Eagles could be even better than the team that closed out a championship in February. And perhaps worst of all for Big Blue, Philly quarterback Carson Wentz will have plenty of time to get back to 100 percent by the time this first matchup rolls around. While some early Eagles foes may luck into a rusty Wentz, the Giants will find no such fortune.

In between Eagles games, New York will also travel to Atlanta and San Francisco. The Falcons and 49ers are both potential playoff teams with a lot of buzz. They could be considered two of New York’s largest competition for a wildcard spot if the season comes to that. But with a down year in their rear view mirror, a bounce back is expected of Atlanta. And this is from a team that still managed 10 wins a year ago. As for San Francisco, the Jimmy Garoppolo era is just getting started, but it could not have a brighter future. Vegas already indicates that the public likes the 49ers more than perennial playoff contenders like New Orleans, Baltimore, Seattle, Dallas, and these New York Giants.

The other two matches during this seven-week stretch come against Washington and Tampa Bay. These two weeks, though hardly gimmes, may be the Giants’ only time to breath for the first two thirds of the year. Both games come at home against potential last-place finishers. But underestimating them would be foolish. One could easily assume New York is a potential last-place finisher itself. Washington pulled a soft reboot this offseason by trading for Alex Smith. The Redskins will be efficient and effective on offense. As for Tampa, Jameis Winston will be back from suspension by Week 11, meaning the Buccaneers possess an awfully high ceiling if everything is operating correctly.

Between these six games, the Giants will be lucky to go 3-3. A split with Philadelphia would be ideal but perhaps too much to ask for. If they don’t pull off a split, the Giants would have to win both remaining home games and grab one on the road against either Atlanta or San Francisco. There isn’t an easy path to even three victories. Combine this stretch with the first five games of the year, and New York could be in a huge hole before it even gets rumbling at full speed under a new head coach and coordinators.