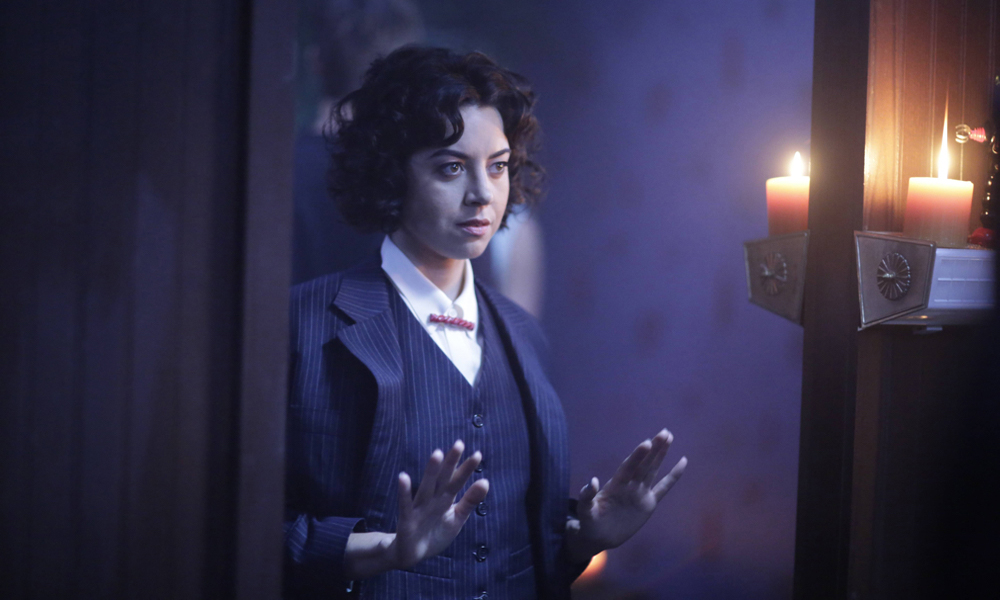 Legion has reached the end of its first season on FX. The superhero science fiction drama had a wacky and wild season one, with all kinds of beautiful shots and scenes. It also pulled a hard reset on its plot in the Legion Season One Finale. Season two approaches.

Eight hours after the start of the FX sci-fi drama Legion, we are right back where we started, with one main difference. After the eight-episode first season, we now know who the bad guy is. Besides that, Legion has pulled a hard restart amid an excellent Legion Season One Finale.

This isn’t a criticism. It actually works for the show. For much of season one, the audience was left just as confused as the main character, a superhuman and possible schizophrenic. We were lost in his mind, just as he was lost in his own world. Nothing going on inside his head was real per se, but it was all real enough to matter to the plot. Everything inside his mind was just as pertinent as those actions taking place outside it.

That is because, along with being the main character, David Haller also had the main villain trapped inside him. That villain, the Shadow King, is now gone from David’s mind. But he wasn’t destroyed in the season one climax. Instead, he simply found a new host, which is where the show will pick up for season two.

Though it feels like a reset, Legion actually can move fresh into season two with David, which is important. Essentially seven of the eight episodes were journeys through his memories as he attempted to figure out what was wrong. He is now “cured” of that, though as David himself points out in the season finale, he isn’t sure what he is without the Shadow King.

The main problem I foresaw with Legion in general was the fact that the show was based on David being lost and confused. Once he was whole, he was too powerful to ever have an adversary again. A full-strength and lucid David is peerless in the superhero world; what issues could he possibly have that would be entertaining to watch?

The show did a good job of sidestepping this, at least for now. Since the Shadow King is still alive, he poses a threat of stealing David back. He is also powerful enough in another host to pose a real threat to the world. And then there is the very final scene of the finale.

David was kidnapped by a mysterious robotic hologram ball. We don’t know by whom or where it was taking him. It doesn’t much matter, but it makes the audience aware that even a healthy David is not immune to threats. He can still be caught off-guard and captured by unknown forces, just like he was as an infant. Though it was a silly cliffhanger, it was a good point to make to wrap up season one of Legion.